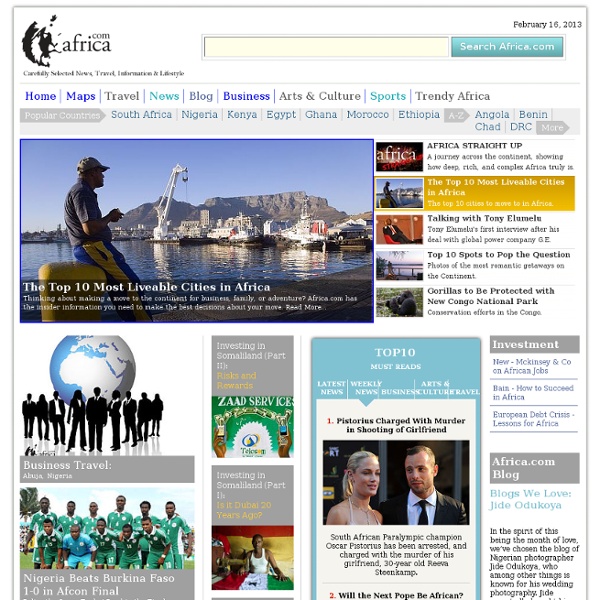 Africa Travel Information and Travel Guide How do you capture the essence of Africa on paper without using up every cliché in the book? No other continent comes close to it for scale, variety and pure, raw impact. Africa offers a travel experience a thousand kilometres from the well-backpacked, air-conditioned tourist trails of Southeast Asia or the cash-cow theme parks of Australia or Europe. Africa’s natural history alone would make a dozen visits worthwhile – where else on earth can you fall asleep to the sound of lions roaring, or watch a million flamingos take off from the waters of a remote soda lake? Debate with venerable merchants among the cool, narrow streets of an Arabic medina, dance to the thumping reggae beats coming from a West African market stall, or shoot the breeze with fishermen under Indian Ocean palm trees, and you’ll be struck more than anything else by the honesty, warm-heartedness and vitality of the African people. Africa’s not always an easy place to travel in. Ready to go? Read more

Debates: Africa's rise Africa Map of Africa Africa's population is the youngest among all the continents; 50% of Africans are 19 years old or younger.[5] Algeria is Africa's largest country by area, and Nigeria is the largest by population. Africa, particularly central Eastern Africa, is widely accepted as the place of origin of humans and the Hominidae clade (great apes), as evidenced by the discovery of the earliest hominids and their ancestors, as well as later ones that have been dated to around seven million years ago, including Sahelanthropus tchadensis, Australopithecus africanus, A. afarensis, Homo erectus, H. habilis and H. ergaster – with the earliest Homo sapiens (modern human) found in Ethiopia being dated to circa 200,000 years ago.[6] Africa straddles the equator and encompasses numerous climate areas; it is the only continent to stretch from the northern temperate to southern temperate zones.[7] Etymology Other etymological hypotheses have been postulated for the ancient name "Africa": History Prehistory

THE AFRICAN ECONOMIST Africa Encompassing 54 countries and more than 2,000 languages within its five regions, Africa is the second-largest continent in the world, following Asia, in both land mass and population. Travel to Africa is typically done by one of two methods: air and sea. While journeying through the various countries of Africa, travelers can visit a wealth of popular destinations and attractions, including fascinating cities, national parks, and well-known natural attractions. Trips to Africa offer some of the most adventurous and exciting vacations in the world, and this is one continent that visitors will want to tour from top to bottom. While Africa consists of five political regions, it includes six distinct biomes, including Tropical, Subtropical, Desert, Semiarid, Oceanic, and Highland, each in various parts of the continent and several countries.