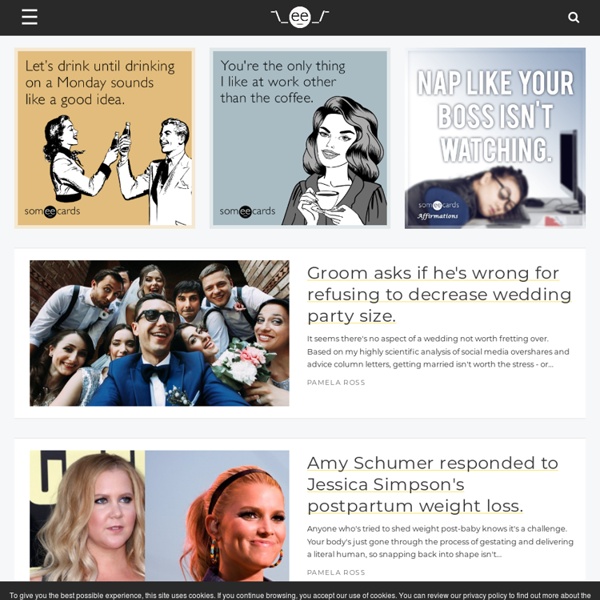 The Top Ten Commandments of Password Protection April 6, 2011Tim Visited 528 times , 1 Visits today Protecting your passwords is a vital component of keeping your online accounts safe and secure. Careless users often find themselves the victim of email or Facebook hacks. Armed with the right information, it only takes a few moments to properly secure your email accounts, social networking profiles and sensitive, web based logins. We have put together a handy list of password protection tips to help you in this endeavor. Do not use the same password or email account to access multiple sites. Bonus: Enable two-factor authentication on sites that offer it. Be sure to see our complete guide that will show you how to Lockdown your Facebook Account for Maximum Privacy and Security. Recommended Resources IDrive® Secure, fast and simple online backup – 5G Free!

15 Unintentionally Perverted Toys for Children Wolverine Squeaky Hammer Yep, that's Wolverine menacingly glaring at your kid with his cock out. Let's just put that on the table right away. We realize a whole bunch of you have already seen the above image, stripped of all context (we bet at least one of you has it as your avatar on a message board somewhere). Nope, it's an officially licensed Marvel toy (an inflatable hammer, you're looking at one end of it) and they all looked like that. Honestly, what happens when your kid comes home and finds that his Wolverine Squeaky Hammer is deflated and, in his mind, he thinks "Wolverine died!" Congrats, your kid now has a grossly inaccurate idea of how CPR works. There's absolutely nothing wrong with this doll, as long as it's not in motion. If you can't watch video on your computer, let's just say that he starts vigorously jerking off while wailing loudly. Why, what noise do you make when you masturbate? We're guessing it took only slightly longer for owners of... Bow-Chicka-Bow-Bow Honestly?

Still Life: Bent Objects UPDATE: The Return of Bent Objects Wires transform these objects from inanimate to hilarious works of art. Little polish girl McDonalds as Sculpture Materials Yeah, this is where those come from Dancing Queens English breakfast Sylvia Muffin put her head in the oven. The introvert Bananas in bed – let’s slip into bed together You Say Tomato, I Say Tomahto. Fruit with life experience Zombies are nuts about brains Modest pear Literary interpretations Paper training our little dog, Frank A little cat doodle Photo Credits: Terry Border at Bent Objects View more In Pictures sets on Owni.eu Stuff I Stole From the Internet Projector Disguised as Camera Flashes Images Into Others’ Photos German inventor Julius von Bismarck refers to his potentially very disruptive brainchild as an “image fulgarator.” The verb, “fulgurate,” means, “to flash or dart like lightening.” According to Herr von Bismarck, himself, it works like this: Technically, the Image Fulgurator works like a classical camera, though in reverse. In a normal camera, the light reflected from an object is projected via the lens onto the film. The upshot? Update: If you’ve been reading long enough to recognize that we’ve posted about the image fulgurator before, first of all: Thank you! More: Related

More random facts {Part 2} Posted on February 10, 2012 in Humor If you’re new here, you may want to subscribe to our RSS feed or follow us on Facebook or Twitter . Thanks for visiting! Rate this Post (3 votes, average: 2.33 out of 5) Loading ... So... Check this out on our Partner Network Laughing Squid Panopticlick Фото и рисунки, арт и креативная реклама i hate clowns .com > anti-clown community and the official site for people who are afraid of or just plain hate evil, creepy clowns. Yes…The No Clown Zone

Bay Bridge troll need not fear the scrap heap OAKLAND -- Who would dare scrap the iron troll who lives beneath the old Bay Bridge? Not I, not by the hair on my chinny chin chin, said Bay Bridge Troll, er, Toll Oversight Committee spokesman John Goodwin. "Why, that would, at the very least, cause one or more individuals to turn to stone, heap upon us countless years of poor harvests and perhaps even bring down the locusts," he said. The 18-inch fierce-looking steel troll that blacksmith Bill Roan sculpted, and iron workers surreptitiously placed on the old span in the wake of the 1989 Loma Prieta earthquake, is firmly welded to Bay Area's heart and lore. It even has its own Facebook page and a designated impersonator, if you will, in a replica set to go on public display Sunday at the Oakland Museum of California. The Bay Bridge Troll replica is on display Aug. 29, 2013, at the new "Year of the Bay" exhibit at the Oakland Museum of California in Oakland. "That's so not gonna happen," she said. There's no real rush to decide.

Perfect Man/Woman Once upon a time, a perfect man and a perfect woman met. After a perfect courtship, they had a perfect wedding. Their life together was, of course, perfect. One snowy, stormy Christmas Eve, this perfect couple was driving their perfect car along a winding road, when they noticed someone at the side of the road in distress. Being the perfect couple, they stopped to help. There stood Santa Claus with a huge bundle of toys. Soon they were driving along delivering the toys. Unfortunately, the driving conditions deteriorated and the perfect couple and Santa Claus had an accident. Only one of them survived the accident. Question: Who was the survivor? (Scroll down for the answer. Answer: The perfect woman survived. **** Women stop reading here, that is the end of the joke. **** Men keep scrolling. So, if there is no perfect man and no Santa Claus, the woman must have been driving. By the way, if you're a woman and you're still reading, this illustrates another point: Women never listen.

NEWS of the WEIRD