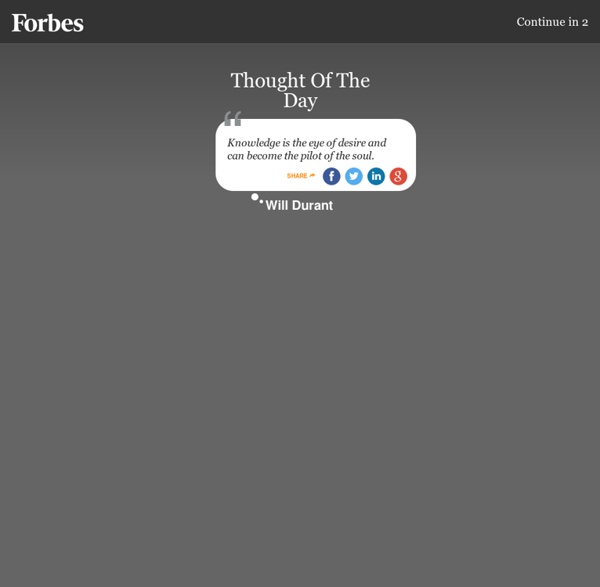 4 Smart Ways to Meet All Your Goals Entrepreneurs have no shortage of ideas and dreams, but can come up short in bringing them to fruition. I don’t think it’s laziness or lack of motivation--I believe that the missing pieces are focus and inspiration. If your ideas don’t inspire you, if the goal isn’t exciting enough, the discipline to consistently focus on them simply isn’t there. “At the end of each year people traditionally write their lists of goals and later wonder why they didn’t happen,” says internationally acclaimed author Les Hewitt.

Self Awareness Download Four FREE Self Mastery Sessions Self Awareness is having a clear perception of your personality, including strengths, weaknesses, thoughts, beliefs, motivation, and emotions. Self Awareness allows you to understand other people, how they perceive you, your attitude and your responses to them in the moment. We might quickly assume that we are self aware, but it is helpful to have a relative scale for awareness. If you have ever been in an auto accident you may have experienced everything happening in slow motion and noticed details of your thought process and the event. This is a state of heightened awareness.

Double Your Reading Speed in 5 Minutes I started regularly reading books when I was in my teens. It used to take me over an hour to read 30 pages. Thinking I was born a slow reader, naturally I spent a lot of time trying to correct my problem. In pursuit of a normal reading speed (about 200 words per minute), speed reading experts such as Evelyn Woods, Tim Ferriss, and Peter Kump all became household names for me. Now, it takes me 5-10mins to read 30 pages. 10 Phrases Great Speakers Never Say While it's really hard to immediately win over a crowd, it's really easy for a speaker to lose the room within the first few minutes of a presentation. To make sure you don't lose your audience, here's Boris Veldhuijzen van Zanten, serial entrepreneur and founder of TwitterCounter and The Next Web, with ten things you should never say during your presentations: 1.

8 Steps To Continuous Self-Motivation Many of us find ourselves in motivational slumps that we have to work to get out of. Sometimes it’s like a continuous cycle where we are motivated for a period of time, fall out and then have to build things back up again. A good way to be continuously self-motivated is to implement something like these 8 steps from Ian McKenzie. Keep a positive attitude: There’s is nothing more powerful for self-motivation than the right attitude. You can’t choose or control your circumstance, but can choose your attitude towards your circumstances. Ten Irish bar rules from a Dublin pub have gone viral Some wise words from behind a Rathfarnham bar. “Telling lies is unacceptable, you may however grossly exaggerate.” A popular pub in Dublin’s list of rules has gone viral with over 1.2 million views on the site, Imgur. The bar, the Merry Ploughboy in Rathfarnham, is a lively spot, popular with tourists and with plenty of live music on offer. The pub keeps its clientele in line with these ten – some sensible and some hilarious – rules. Of course there are the rules that anyone in the bar trade will know, such as don’t get too rowdy at the bar, don’t ever click your fingers to get your server’s attention and so on, but our favorite on this list is number three:

3 Practices CEOs Should Adopt from this Rock Star One of the great success stories of our time is the rock band U2. When the band began in 1976, its musical skills left much to be desired. More than three decades later, U2 has received a remarkable 22 Grammy awards, more than any band in history. In addition, the band surpassed the Rolling Stones’ record for the highest revenue grossing concert tour. How did this transformation happen? Like all great groups, leadership makes the difference.

Meditation Meditation is a practice in which an individual trains the mind or induces a mode of consciousness, either to realize some benefit[1] or as an end in itself.[2] The term meditation refers to a broad variety of practices (much like the term sports) that includes techniques designed to promote relaxation, build internal energy or life force (qi, ki, prana, etc.) and develop compassion,[3] love, patience, generosity and forgiveness. A particularly ambitious form of meditation aims at effortlessly sustained single-pointed concentration[4] single-pointed analysis,[5] meant to enable its practitioner to enjoy an indestructible sense of well-being while engaging in any life activity. Meditation may involve generating an emotional state for the purpose of analyzing that state—such as anger, hatred, etc. Etymology[edit] The English meditation is derived from the Latin meditatio, from a verb meditari, meaning "to think, contemplate, devise, ponder".[13]

Episode 542: Can An Economy Be Too Good? : Planet Money The movie "St. Elmo's Fire" might be a useful analogy when explaining the European Union. In the analogy, Germany is the overachieving character, Alec. Screen shot St. 14 Simple Ways to Get Considerably More Done In the spirit of the topic, let's get right to it: 1. Eliminate one ego commitment. We all do things that have more to do with ego than results. Maybe you serve on a committee because you like how it looks on your CV. Roadmap/Checklist for the Toolkit We often hear from people who feel overwhelmed by stress, family, work and relationship problems, health challenges, and painful emotions. They’ve tried many approaches to help themselves feel better, but they just can’t seem to follow through, or what they’ve done hasn't helped them enough. If this sounds familiar, you know that it’s all too easy to become discouraged when you’re stuck. The problem is not willpower—all the willpower in the world won’t matter if you can’t manage stress or keep your emotions in balance.