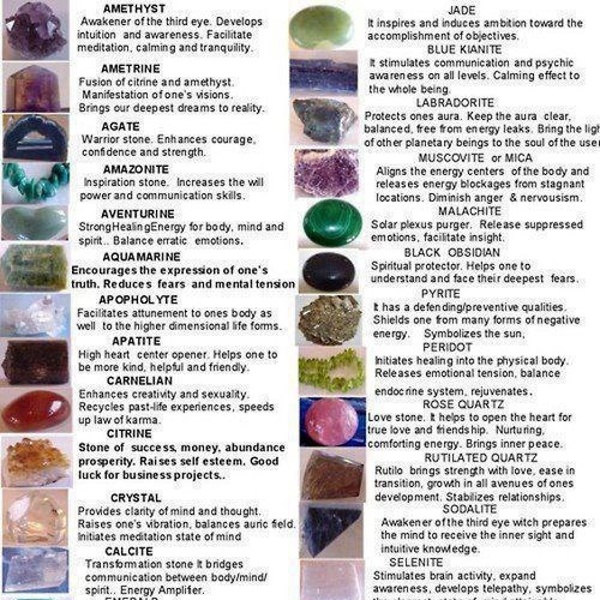 Living with Crystals is a Guide to the Use of Crystals for Meditation, Emotional Healing, Empowerment, and Spiritual Growth We've been enjoying the companionship of the crystal kingdom since the mid-1980s and have been buying and selling crystals and teaching crystal classes since 1987. Here you'll find over 100 articles about crystals, including articles about individual crystals, the chakras, and both general and specific articles about crystal usage. This section also contains a crystal questionnaire, information about our email classes, and more. List of articles on crystals Crystal Questionnaire This questionnaire can help you choose the crystals best suited for you. Crystal Love In the late 1980s crystals were in the news. Now people take a different attitude towards crystals. We call the approach of viewing crystals as our partners, not our saviors, "Living with Crystals." Courses by Email Crystals and The Chakras: Now an Ebook Bach Flower Remedies: A User-Friendly Guide Bach Flower Remedies are another vibrational healing method. For more information on this course click Here. Your Prosperity Journey

Everything You Need To Know About Astrological Gemstones Ruby (Manikya) Ruby is the potent gemstone, often referred to as the King of Gemstones, which correlates with the fact that this gemstone is associated with the most powerful astrological planet, the Sun. This attractive gemstone comes in red color and its hues, such as pink, violet and purple, the color vary from stone to stone. Ruby is used to pacify Surya/Sun in the horoscope of the native, which signifies the father, power, authority and health. Sun is considered as the base of the Solar System and it imparts strength and power to the native, if auspicious. When a native wears a ruby after consulting an astrologer, it brings success, fame, wealth and good health of the wearer. It protects the wearer from diseases like cardiac disease, hypertension, stomach problems and digestive ailments. Just as the Sun is the center of the Solar System, it represents the thalamus in the human body, which controls all the functions of the body. Blue Sapphire (Neelam/Indraneela) Yellow Sapphire (Pukhraj)

Introduction to Crystal Healing and Crystal Healing Layouts How do crystals work? Crystals have a long tradition of being used for crystal healing. Each variety of crystal has a unique internal structure, which causes it to resonate at a certain frequency. Crystal therapy is a gentle non-invasive form of alternative healing that works holistically to harmonize the mind, body, emotions and spirit, helping to increase our feeling of well-being, neutralize negativity, lift depression and to help us to become integrated, whole beings. Using Crystals for Crystal Healing Crystals can be placed on specific points of the body to bring relief or can be swept over the body using, for example, a crystal pendulum healing technique or a crystal wand healing technique. Specific colour crystals can be used for chakra healing. Below are some examples of conditions and the crystals that can be used to alleviate them. Headaches The crystal used to provide relief from a headache depends on the cause of the headache. Difficulty sleeping Lack of energy Lack of libido

DO YOU HAVE THESE SYMPTOMS? BECOMING A CRYSTAL HUMAN | CRYSTALS AND HEALTH INFO. CENTRE The Indigo to Crystal Transitional Crisis I have been asked by Archangel Michael to write this article in order to help the many people who undergo the experience of a rapid shift into multi-dimensional awareness, or, the shift from the Indigo state to the Crystal state of consciousness. There are people who make the transition in a relatively gentle way, but there are many who experience a crisis when this happens. These are usually the people who have chosen to open up to the higher dimensions. This choice is not made logically by the rational mind, but is rather a soul choice made in response to the available transitional energies of the Earth herself. This transition often happens to people who have been on spiritual paths and are better equipped to handle the shifts. Below are a list of the symptoms experienced in the process of crisis or breakthrough: -Sudden extreme sensitivity to people and environments. – An increase in psychic ability and awareness. Like this: Like Loading...

Welcome to ICA - All About Colored Gemstones The Amazing Power Of Quartz Crystals by Gregg Prescott, M.S.Editor, In5D.com Quartz crystal is one of the most powerful gemstones on the planet and is ideal for healing, chakra clearing, enhancing psychic abilities, emotional clearing, meditation, astral projection, lucid dreaming, dream enhancement and opening the 3rd eye. The double terminated quartz crystal is even more powerful because it has the ability to transmit or to draw energy from both ends. Quartz crystals can be found all over the planet. mined: Brazil, Madagascar, and Mt. Some crystals contain inclusions, such as streaks, water bubbles, lines, metallic flakes, rainbows and clouds. From a metaphysical standpoint, the quartz crystal represents the 5 elements of Earth, Air, Fire, Water, and Ether. “Crystals grow deep in the earth and form much of the earth’s crust, yet crystals, like the element air, allow light to pass through them. Every quartz crystal is unique from one another. Also see: Now That I Have My Crystals, What Do I Do With Them? Crystal Healing