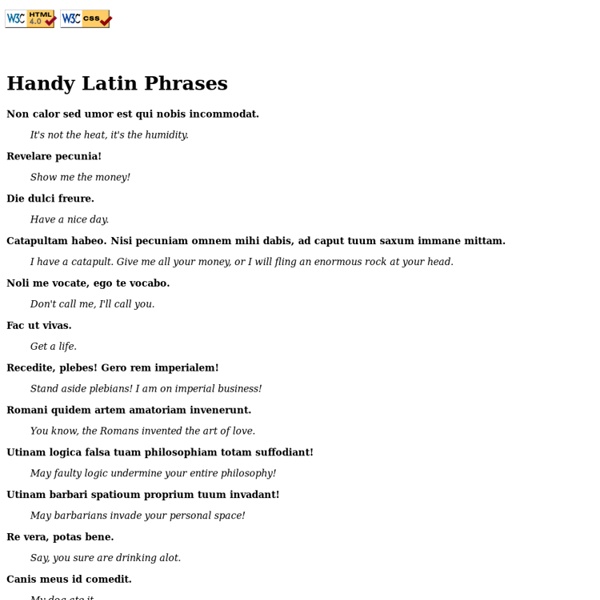 Character and Characterisation in the Novel How to write convincing characters Characterisation - the task of building characters - isn't easy. But if you're struggling to build characters with real life and vigour, here is our very own patented technique. If you haven't yet started your book, then work on the exercise below before you start. If you have started, but think that maybe you started prematurely, then back up, do the exercise and then look back over your existing work. Oh, and don't feel patronised at being given exercises. Learning to know your characters Strong characterisation is based on knowledge. The Ultimate Character Builder Begin with a blank sheet (or screen). You should aim to cover at least five pages with this exercise. The less central a character is to your book, the less you need to know him/her. And the exercise will work. Checking your work Once you've got a fair way into your writing (say 5 to 10,000 words), then look back at it. Even genre fiction needs swiftly drawn, believable characters.

Etymology Study of the history of words, their origins, and how their form and meaning have changed over time Etymology ()[1] is the study of the history of words.[1] By extension, the phrase "the etymology of [some word]" means the origin of the particular word. For place names, there is a specific term, toponymy. For languages with a long written history, etymologists make use of texts, and texts about the language, to gather knowledge about how words were used during earlier periods, how they developed in meaning and form, or when and how they entered the language. Etymologists also apply the methods of comparative linguistics to reconstruct information about forms that are too old for any direct information to be available. Even though etymological research originally grew from the philological tradition, much current etymological research is done on language families where little or no early documentation is available, such as Uralic and Austronesian. Methods[edit] Philological research.

Timothy Hallinan - Writer's Resources Finishing Your Novel “A writer is someone who finishes.” -- Thomas Farber This section is for you if: You’ve started a novel but are having trouble finishing it, or You want to start a novel but aren’t sure you’ll be able to finish it. I’ve been writing novels (and teaching about writing novels) for twenty years, and one thing I’ve learned is how to finish. This section is about how to handle those things. Finishing a novel (or any kind of writing project) is a transformational experience. A long time ago, something funny happened to me. I thought I was a writer. And then my house burned down. So I made some notes on the book I remembered best, flew to Thailand, and wrote the whole thing in seven weeks. This area of the site is based on what I've learned since then.

21 Fantastic Tips and Hacks For Learning a Foreign Language “To have another language is to possess a second soul.” – Charlemagne I speak three languages: My native language is Spanish—since I’m from Panama, which is a Spanish speaking country.Then, when I was seven years old my family moved to Stamford, Connecticut, USA, for a two-year period. Since learning a new language at a young age is incredibly easy, I picked up English right away.I learned to speak my third language, Italian, because I took a year off between college and law school and spent it in Florence, Italy. I should speak a fourth language–French–but I don’t. Since I know that learning a foreign language is on most people’s bucket list, I decided to share with you the best tips that I’ve found while researching how to best tackle my goal of learning French. 1. In order to succeed at a goal, you have to believe that you’re capable of achieving it. 2. When I was in middle school I had absolutely no interest in learning French. 3. 4. 5. 6. 7. Look at the following: 8. 9. 10. 11. 12.

Max Barry | Fifteen Ways to Write a Novel Every year I get asked what I think about NaNoWriMo, and I don’t know how to answer, because I don’t want to say, “I think it makes you write a bad novel.” This is kind of the point. You’re supposed to churn out 50,000 words in one month, and by the end you have a goddamn novel, one you wouldn’t have otherwise. If it’s not Shakespeare, it’s still a goddamn novel. The NaNoWriMo FAQ says: “Aiming low is the best way to succeed,” where “succeed” means “write a goddamn novel.” I find it hard to write a goddamn novel. Some of these methods I use a lot, some only when I’m stuck. The Word TargetWhat: You don’t let yourself leave the keyboard each day until you’ve hit 2,000 words.

Why Chinese Is So Damn Hard (简体字：为什么中文这么TM难？) (繁體字：為什麼中文這麼TM難？) The first question any thoughtful person might ask when reading the title of this essay is, "Hard for whom?" A reasonable question. After all, Chinese people seem to learn it just fine. If this were as far as I went, my statement would be a pretty empty one. If you don't believe this, just ask a Chinese person. Everyone's heard the supposed fact that if you take the English idiom "It's Greek to me" and search for equivalent idioms in all the world's languages to arrive at a consensus as to which language is the hardest, the results of such a linguistic survey is that Chinese easily wins as the canonical incomprehensible language. There is truth in this linguistic yarn; Chinese does deserve its reputation for heartbreaking difficulty. Okay, having explained a bit of what I mean by the word, I return to my original question: Why is Chinese so damn hard? 1. Beautiful, complex, mysterious -- but ridiculous. 2. 3. 4. What was going on here? 5. 6. Forget it.

New York Times 50 Most Challenging Words (defined and used) | Currently Obsessed The New York Times recently published a list of 50 fancy words that most frequently stump their readership. They are able to measure this data thanks to a nifty in-page lookup mechanism, which you can try here. Try double-clicking the word “epicenter”. Since the NYT didn’t include definitions of these words, I decided to post a job to MediaPiston to produce an article defining and using each word in the list. The New York Times 50 Fancy Words (defined and used) 1. 2. 3. 4. 5. 6. 7. 8. 9. 10. 11. 12. 13. 14. 15. 16. 17. 18. 19. 20. 21. 22. 23. 24. 25. 26. 27. 28. 29. 30. 31. 32. 33. 34. 35. 36. 37. 38. 39. 40. 41. 42. 43. 44. 45. 46. 47. 48. 49. 50. Methodology » Suggestology & Suggestopedia The method we use is called Suggestopedia. Its main advantage is that it provides high results in learning to speak a foreign language and this happens much faster than when using more conventional methods. It focuses on amassing passive knowledge (things one understands but cannot use on one’s own), which is then quite quickly transformed into active knowledge (actually speaking with what one has already learned). This happens by means of simultaneously activating the different types of memory – logical, emotional, intuitive, etc. First, the new material is read by the teacher at the background of classical music. www.suggestopedia.eu www.suggestology.eu

Write Like a Girl (or Guy) If all the characters you create talk exactly like you do, no one but your mom is going to want to read your book—and maybe not even her if you haven't called recently. That's why you need to understand how to write dialogue that sounds authentic, even when your character differs from you when it comes to their age, region, education level, social status, background, personality, and/or gender. Each of these factors plays a role in how a person (real or fictional) speaks, and you need to consider all of them to make your characters’ dialogue sound truly legit. Let’s preface this whole shebang with a disclaimer: Like anything involving differences between sexes, this can be a bit of a touchy subject. Things have improved significantly. Handling problems When a friend wants to chat about their bad day, men are more likely to respond with a Vanilla Ice-esque “if there’s a problem, yo, I’ll solve it” approach, giving actionable advice with the goal of making the problem go away. Word choice

50 Most Challenging Words | Just English Back in 2010 The New York Times published a list of 50 fancy words that most frequently stump their readership. The New York Times 50 Fancy Words (defined and used) 1. Inchoate: just begun and so not fully formed or developed I am glad your inchoate proposals for integrating the company were not accepted this time, thus saving us face. 2. Anderson’s profligacy cost him his job and its better you tighten up your belt before you go the same way. 3. Mr. 4. Every major war on this planet were followed by many years of austerity. 5. The firm’s profligate spending only hastened its downfall. 6. Humpty Dumpty’s antics remain a constant source of baldenfreude for children and adults alike. 7. His ludicrous attempts at mimicry in the office only earned him the opprobrium of his colleagues. 8. The millionaire technocrat and his cronies were publicly derided for being apostates, after they were exposed of polluting the environment while purporting to have spent large sums for water conservation. 9. 10. 11.

Is Japanese hard to learn? If looked at from a linguistic point of view, Japanese is considered one of the easier languages for a beginner to learn. It has a simple pronunciation scheme and with few exceptions a straight forward set of grammatical rules. Limitations on sentence structure are also quite minimal. The most difficult aspect of learning Japanese is the mastery of the reading and writing of kanji. An interesting characteristic of Japanese is that it is spoken differently if the speaker is a man, woman or child. There are, for example, many different words for "I", and which version you use depends under which category you fall. The Japanese are typically shy when speaking other languages. It may now seem that Japanese is a difficult language, but as is evident from the many foreigners that go to Japan, that spoken Japanese is not that difficult to learn. It is estimated that 2.3 million people worldwide studied Japanese in 2003, and the number is growing.

50 Excellent Writing Exercises to Cultivate Your Creativity & Craft If you’re a good writer, you can succeed in any industry, no matter what kind of online degree you have. But even great writers sometimes have trouble organizing their work, polishing up the details, or even picking a cohesive idea to write about. Here are 50 excellent writing exercises to help cultivate your creativity and craft, from brainstorming to beating writer’s block and remembering your motivation. Brainstorming and Organization Try these brainstorming exercises to map out your ideas, spur on your creativity, and plan your project. Levels: Break down your topic sentence or main theme into levels to create subtopics and then single terms that you can explore individually with lists, charts or free-writing.Free-writing: This traditional form of brainstorming involves writing down anything that comes to your mind even if you don’t think it makes sense. Writer’s Block Use prompts: Print out and then cut up these prompts to store in a writer’s block box. Games Language and Grammar Style