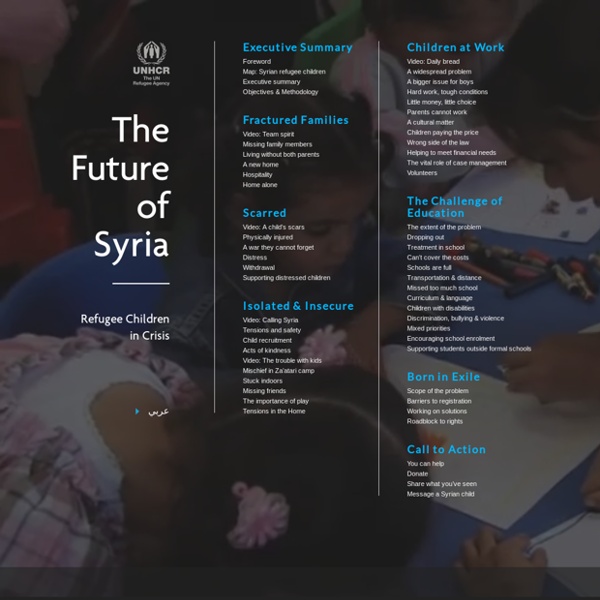 Syrian refugee crisis: What Australian families should consider before opening their homes Updated Compassion, personal space and a spare toothbrush — these are just a few of the things Australian families should consider when opening their homes to Syrian refugees. Former prime minister Tony Abbott announced earlier this month Australia would accept 12,000 extra refugees affected by conflict in Syria and Iraq. Advice for those opening their homes Prepare to be flexible with the living arrangementsBe compassionateBe mindful of space, ask the refugee family how they would like to liveDon't push for refugees to share their stories Balance offers for help with space to allow refugees to find their own feet in AustraliaPut together a small welcome packDo not put too much pressure on yourself As state and federal governments consider how to accommodate those expected to arrive on our shores before Christmas, some Australian families have taken matters into their own hands. "I am pretty passionate about asylum seekers and refugee issues," she told 105.7 ABC Darwin.

The Price of Precious The first child soldier pops out of the bush clutching an AK-47 assault rifle in one hand and a handful of fresh marijuana buds in the other. The kid, probably 14 or 15, has this big, goofy, mischievous grin on his face, like he’s just stolen something—which he probably has—and he’s wearing a ladies’ wig with fake braids dangling down to his shoulders. Within seconds his posse materializes from the thick, green leaves all around us, about ten other heavily armed youngsters dressed in ratty camouflage and filthy T-shirts, dropping down from the sides of the jungle and blocking the red dirt road in front of us. This is on the road to Bavi, a rebel-controlled gold mine on the Democratic Republic of the Congo’s wild eastern edge. The mine in the Bavi area is a perfect example. “Sigara! When we get to Bavi, we sit down with the village elders and talk gold. “We’re broke,” says Juma Mafu, one of the elders. “Hujambo, mzee,” I say, giving him a respectful Swahili greeting. He burps—loudly.

Q&A: Geoffrey Robertson on Australia’s response to Syrian refugee crisis Loaded: 0% Progress: 0% International human rights lawyer Geoffrey Robertson tells Q&A that refugees really want to return to their original homes and are only leaving to escape atrocities. International human rights lawyer Geoffrey Robertson had the best two lines of the night on Q&A. LAST night’s Q&A panellists all managed to agree on one thing: the need for Australia to increase its refugee intake. Each guest said we cannot ignore the humanitarian crisis that has spilled into Europe over the past few months, and we should be doing our part to help. For the last week, the world has been spurred into action after a haunting image surfaced of little Aylan Kurdi’s lifeless body laying dead on a Turkish beach. When discussion turned to how Australia should help, New South Wales Premier Mike Baird told the audience his state would be happy to “play a big role” in accommodating Syrian refugees. NSW Premier Mike Baird.Source:ABC Labor’s Chris Bowen.Source:ABC

Al Jazeera Magazine: Natural born stateless - Press Office At the beginning of 2013, more than 45 million people had been forcibly displaced worldwide as a result of armed conflict, violence and human rights violations, and the number is rising every day. In the October issue of the Al Jazeera digital magazine, we tell some of their stories - from the Rohingya babies born stateless in IDP camps in Myanmar to the Afghans risking their lives to reach European cities where they encounter dangers and difficulties as real as those they fled. We explore the power of the Right of Return to unite generations of Palestinians, whether they reside in refugee camps in the Middle East or comfortable homes in the West. While, in Lebanon, we meet Palestinians who have once again been forced to flee - this time from the conflict in Syria. And, as environmental disasters, climate change and unsustainable development destroy ever more homes and livelihoods, we ask if it is time to reconsider the definition of a refugee. Featured in this edition:

How Can Technology Improve the Worst Refugee Crisis of Our Time? | IREX - Civil Society, Education and Media Development By Olimar Maisonet-Guzman, Program Coordinator Last year, the United Nations Refugee Agency reported that the number of refugees, asylum seekers, and internally displaced persons worldwide exceeded 50 million, the most since World War II. The majority of refugees coming from Afghanistan and Syria are fleeing war-torn communities, and are running toward neighboring countries, often facing extreme poverty and limited opportunities to rebuild their lives. Technology has the potential to ameliorate the service and information gap that impacts refugee lives. Al-Zaatari’s 3G Zone In December 2014, I visited the Al-Zaatari Refugee Camp in Mafraq on an IREX field visit to Jordan to understand the patterns of technology use in the country. The UN and relief organizations have embraced the use of a GIS map that tracks all services and programs in the camp to improve coordination. Mobile phones help refugees avoid isolation and learn about services and initiatives available inside the camp.

Human Side Of Refugee Crisis In Moving Photos » Hope 103.2 The human side of the Middle Eastern refugee crisis has been powerfully captured by a photographer on a ferry boat to Greece. Matthieu Paley, a photographer based in Istanbul, boarded a ferry on Chios Island in Turkey last month, to take his family on a holiday to the Greek Islands. He was surprised to find many passengers fast asleep, and it didn’t take him long to discover that they were refugees—most Afghans, Iraqis and Syrians, journeying from Lesbos Island to Athens. Many had made dangerous, illegal night-crossings from Turkey into Greece and stayed in camps on Lesbos Island, before paying their fares and boarding the enormous ferry to Athens. Hope 103.2 is proudly supported by During the ferry ride Matthieu talked to the refugees and photographed them in heart-warming, everyday human scenarios: sleeping, hugging, charging phones, making calls. He posted a series of the images on Instagram with moving captions. “The strength of a family can help overcome big challenges,” one photo says.

I got hired at a Bangladesh sweatshop. Meet my 9-year-old boss DHAKA, BANGLADESH—Some days are good for Meem, others she likes to forget as quickly as possible. The first time I saw Meem, which was also my first day at work at a sweatshop, she was having a good day despite the wretched heat. She sat cross-legged on the concrete floor, a tiny, frail figure among piles of collars, cuffs and other parts of unstitched shirts. She had a pair of cutters in her hands, much like eyebrow tweezers, and she was trimming threads from a navy collar. She cleared one collar after another of threads until the big pile, which had been bigger than her, was no more. She did that from 9 a.m. to 9 p.m., except for an hourlong lunch break. Later, she said, it had been a good day: the electricity didn’t play hooky (which meant the three ceiling fans worked all day) and so it wasn’t oppressively hot, she had fish curry for lunch, and the floor manager didn’t yell at her for humming too loudly. It was a very good day, she said again, dancing a little jig. View 3 photos zoom

War in Syria - Syrian Refugee Appeal - UNICEF Australia The expanding crisis in the Middle East and North Africa has led to a rapid surge in refugees and migrants seeking sanctuary for their families. UNICEF is urgently appealing for funds to help Syrian children and their families, as well as all other families caught up in the current wave of humanitarian crises. Any excess funds from this appeal will support children affected by major emergencies throughout the world. With the conflict in Syria now entering its fifth year, more children are displaced as refugess than at any time since the Second World War. Many are in grave danger without basic needs like safe shelter, nutrition, access to clean water, healthcare, and education. More than 2 million children and their families have taken refuge outside Syria in neighbouring countries including Jordan, Lebanon, Iraq, Turkey and Egypt. We need your help to provide children in crisis with: Food Clean toilets Medicine Schooling

Has the tide turned on how we treat asylum seekers? Not quite - The Drum Opinion Posted On the face of it the events in Syria and Australia's response to it suggest we're undergoing a transformation in the way we respond to asylum seekers. But while we did well this week, we're far from global leaders, writes Barrie Cassidy. Is Australia undergoing a transformation in the way we respond to the extraordinary movement of refugees around the world? Have events in Syria - and the awful image of the drowned toddler - caused not just the Government and the media, but the community more generally to be more sympathetic and compassionate towards those forced from their homes? On the face of it, that seems to be the case. The candlelight vigils earlier this week; the outpouring of concern for the displaced Syrians; the fact that the Prime Minister, after a hesitant start, trumped the Opposition by embracing 12,000 Syrian refugees; the treatment of the story in the tabloids; all that suggests a significant shift in the public mood. But not so fast. He went on: He said: