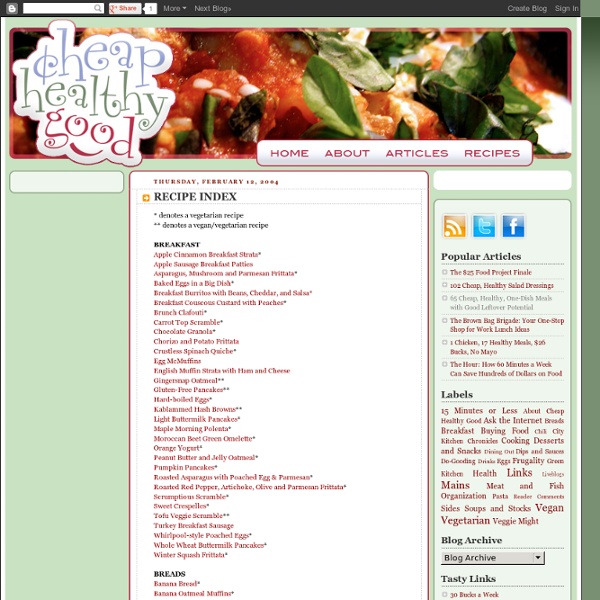 The Salty Cod How to Make Gnocchi: An Illustrated, Step-by-Step Recipe | Food Nouveau - Delicious Discoveries, Abroad and at Home Having been in Italy for two weeks, it has been a bit difficult to keep up with the competition in Project Food Blog, away from home and without access to a kitchen for half of my trip. In case I would participate in the 4th challenge, I paid attention to the food around me in Rome, and tried to find what I would be able to make in my miniscule (update: and *very* ill-equiped) Trastevere apartment. After seeing it served as a primi piatti in countless restaurants, I decided I would make gnocchi. The great thing about gnocchi is that they’re made with few ingredients: potatoes, flour, eggs, olive oil, salt. My kitchen in Rome (minus the bedside table). Although gnocchi are simple to prepare, they are also easy to mess with. If I succeeded in making a delicious dinner in such limited conditions, you can certainly do the same at home! Classic Gnocchi Based on Aglio, Olio e Peperoncino’s tried-and-true family recipe Step 1: Cook the potatoes Wash your potatoes thoroughly without peeling them.

Vegetative Uncertainty » mangolandia Humans! In India when speaking of our dead, the people say “she left the body” rather than “she died”. That is, there is a deep clarity — for me our subconscious patterns of speech reveal deeply the structure of how we think — about what death is, or as it has sometimes occurred to me, “the unreality of death”. Krishna and Jesus are both pretty into this idea – “For the soul there is neither birth nor death at any time. “He who loves his life loses it, and he who hates his life in this world will keep it to life eternal.” I’ll let you figure out the who’s whom, but the point is that many tribes and cultures have come up with elaborate rituals around the Leaving of the Body. In Mexico, Dia de Los Muertos is celebrated every year, on November 1st and 2nd, to pray for and remember our dead. Now it’s all beginning to come together. You’ve got to do this thing. I think it’s important for those of us still in the body. * filling (salt) * rice * sauce * goodies avocado finely diced onions cilantro

Sautéed Gnocchi with Three Sauces Sometimes I am inspired by long ago memories of warm cookies in our family kitchen. And then sometimes even a faint odor of garlic will cause massive creativity! And if I take my time in the fruit aisle at my market, I just can’t resist loading my cart with the gorgeous colors of raspberries, apples or pears and all the while I am thinking of recipes and styling dishes for photographs! But sometimes all it takes is a photo or a glance at a dish in a deli and I am off and running with an idea for a meal. It doesn’t take too much to inspire me, not.much.at.all. All I needed to make the Gnoochi with Three Sauces was long ago memory of a small family restaurant that my husband and I would frequent maybe once every few months. Making three separate sauces for one dinner was quite a bit for me to do especially with me still recovering from my surgery. I have to admit I did not make the Gnocchi for this dish but used fresh frozen that I picked up at my market. Gorgonzola Cream Sauce 1. 2. 3.

Scott's Pizza Chronicles: Why I Love the International Pizza Expo A typical scene at Pizza Expo. [Photographs: Scott Wiener] The response is common when I tell someone I'm heading to Las Vegas for the International Pizza Expo. "What is the International Pizza Expo???" I'm not surprised this event isn't common knowledge, especially since there's little mention of it in the media (including this very website). I attended my first pizza trade show in September 2006, the last time the National Association of Pizzeria Operators (NAPO) held one in Atlantic City. Being an international event, pizzas like this Japanese one are entered into culinary competition. Before I get to the good stuff, let me clear out some of the negatives that come with Pizza Expo. Once you're inside the convention center, the outside world is inconsequential. As much as I love free pizza, that's far from being the main attraction at Pizza Expo. This product helps you carry stacks of pizza boxes. Jonathan Goldsmith playing with dough on the show floor.

How to Make Gnocchi: 11 steps (with video) Edit Article Edited by Flickety, Krystle, Sondra C, Jack Herrick and 41 others Gnocchi (nyoh-kee) is a deliciously filling small potato dumpling dish. Gnocchi is very easy to prepare by mixing flour, egg, and potato. Ad Steps 1Boil the potatoes. 11Stir the gnocchi into a warm sauce of your choice. Tips Rather than just cutting the gnocchi, you can push them individually off the tines of the back of a fork using your thumb, imprinting them with little ridges. Warnings When boiling the potatoes, don't put cold potatoes into already-boiling water; this will cause the skin to split, and make the potatoes soggy. Sources and Citations VideoJug A video of making gnocchi.

Recipes - Restaurant Girl: Best Food Blog & Restaurant Guide Wild Mushroom Stew Stew is a generally a great go-to for home cooks during winter —simply throw bits of meat from the freezer and odds and ends from the fridge into an oversized pot, and forget about them for hours at a time. But the best thing about this stew is that it will actually appeal to vegetarians (and non-vegetarians!) Read More Baked Butternut Squash Arancini What’s not to love about the addictive Italian bar snack, Arancini? Cheesy Cherry Lambic Fondue It’s New York Beer Week, which gives us a fantastic excuse to ingest suds as often as possible over the next seven days. “Go for the Gold” Russian Beet Borscht We’re all about rooting for the home team during the Olympics, but something about the celebrations in Sochi really have us craving Russian food. Chocolate Red Wine Torte Red wine and chocolate tend to play a starring role in most Valentine’s Day celebrations, and not just because they’re so totally yummy. Lunar New Year Long Life Noodles Caramel Apple Donuts

Marbled Chocolate Banana Bread Marbled Chocolate Banana Bread An easy and flavorful recipe for moist banana bread with swirls or dark chocolate. I’m not sure what happened exactly with this past batch of bananas. I buy a new bundle every week and the girls have them with their lunch. I haven’t gotten into smoothies yet so I had to brainstorm fast what to make with what would soon be a pile of awful mush. It’s moist and full of flavor. Moist banana bread with swirls or dark chocolate. Ingredients: 2C all purpose flour 3/4 tsp baking soda 1/2 tsp salt 1/2C granulated sugar 1/2C brown sugar 1/4C butter, softened 1 1/2C ripe bananas (roughly 3-4 bananas), mashed 2 eggs 1/3C plain yogurt 3.5oz bar of Lindt Excellence 70% Cocoa Directions: Preheat oven to 350 degrees. In a large bowl or stand mixer, cream butter and sugar. Melt chocolate in a medium sized heat safe bowl in 30 second intervals at 50% power. Add 1 cup of batter to the chocolate. Lightly grease a loaf pan with baking spray.

French For Foodies | Recipes, French culinary secrets and cooking adventures by an Aussie in Paris Mizuna Mizuna (ミズナ（水菜）, "water greens"), qian jing shui cai,[1] kyona,[2] Japanese mustard greens,[3][4] or spider mustard,[3] is a cultivated crop plant from the species Brassica rapa var. niposinica a dark green, serrated leafed plant. Description and use[edit] The taste of 'mizuna' has been described as a "piquant, mild peppery flavor...slightly spicy, but less so than arugula A seller of packaged seeds in the United Kingdom describes 'mizuna' as: A vigorous grower producing numerous stalks bearing dark green, deeply cut and fringed leaves. According to the BBC: Not only is it good to eat, it's also quite decorative, with glossy, serrated, dark green leaves and narrow white stalks, looking good in flower beds and as edging. An online recipe site says: ...this vegetable averages 14" to 16" in height with leaves that are green and yellow, smooth in texture and somewhat feathery in shape. Varieties[edit] Cultivation[edit] 'Mizuna' has been cultivated in Japan since ancient times. References[edit]

SJÖRAPPORT Seaweed pearls - black Take the salmon, for example. Together with our suppliers, we’ve helped pioneer responsible practices and standards for salmon farming around the world. Our suppliers use energy and waste efficient facilities, traceable and responsibly sourced feed, and farming methods proven to decrease environmental impact—all this while securing food quality. They’re also partnering with environmental NGOs to continuously improve the efficiency and impact of their work. Since 2015 all IKEA salmon and shrimp is Aquaculture Stewardship Council (ASC) or Marine Stewardship Council (MSC) certified, which means it meets strict social and environmental standards. “It's truly been rewarding to be a part of IKEA serving these Scandinavian-style dishes all over the world,” Hans-Fredrik says.