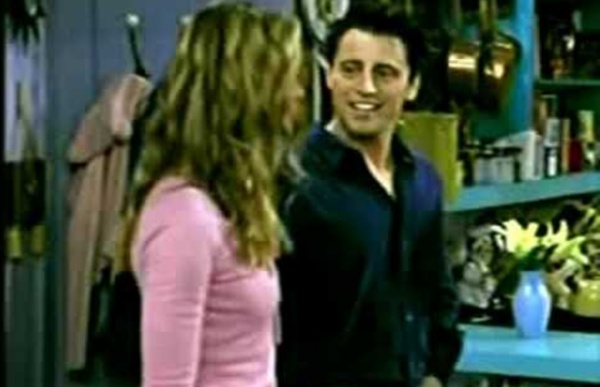 TeacherTube - Teach the World Wheel Decide Can't decide? Wheel Decide for you! Embed into Your Site Dynamic Wheels What’s Wheel Decide? Create your own wheel for decision making, games, and moreBrowse our premade wheels, spin them, and personalize themLogin to save your own personal list of wheelsTry our famous dynamic wheels (location based, auto updates) Why Spin? Making wheels can be fun and helpfulHelps settle disputes between friends and familiesYou may realize your true desires as the wheel is spinningRelieve stress that decision making puts on the brain Let the wheel decide. Wheel Decide is a tool that can be used to when you have a few choices that you need to decide between. View more Decision Makers to use as your decision making wheel. Using decision wheels can be fun and can help relieve the stress of making decisions.

Make a Video. Amazing Animated Video Maker - GoAnimate. Conversation Classes In this lesson C2 students will develop their understanding of idiomatic expressions that often come up in the Cambridge C2 Proficiency exam. They will encounter the expressions in a text about a bank heist gone wrong. Download the student handout below: Credit to: for the planning a bank robbery activity. You may also wish to use this quizizz game for spaced repetition of the target language. Procedure Students start by discussing common tropes of heist movies. Students then answer the detail questions: How had they planned for the robbery? Language Focus Students now focus on the expressions in bold. Students now flip the paper over and look at version 2 of the same text. Set the key word transformations testing the expressions for homework. Plan a heist Put students in small groups and have them plan a bank heist using the prompts on pages 2 and 3, which are adapted from Text Version 1 The Heist

Resources from Teachers TV Promethean Planet is very proud to be making available for educators worldwide all 3000+ programmes in the Teachers TV archive, in agreement with the UK’s Department for Education. Teachers TV was a government-funded service that broadcast on UK television and online from February 2005 to April 2011. During this time, it produced a vast library of programmes created to promote continued professional development and support teaching and learning in the classroom. The archive from Teachers TV offers outstanding content for all educators, from school leaders and experienced teachers to student teachers and support staff. Follow the links below to watch and download programmes for a range of popular subjects, or search the entire Teachers TV archive. All Teachers TV content (videos and associated resources) is protected by Crown Copyright.

Speakeasy - Easy Going The Tower of London is surrounded by a sea of red poppies to commemorate the 888,246 British and Colonial dead during the First World War. The ceramic poppies were “planted” from 4 August, 100 years from the beginning of the war, till 11 November, the day when the final Armistice is commemorated. Here you can see Prime Minister David Cameron and his wife Samantha visiting the installation with a "Beefeater". On this video you can see how the artists made the poppies. There is a great photo gallery of the poppies. The British Legion is the organisation that makes remembrance poppies. There is also a section telling you what happened on this date 100 years ago. A statue to an Unknown Soldier stands on Platform One of Paddington Station in London. Students Remember Teenage students in Arizona, U.S.A., participate in the Veteran’s Heritage Project, visiting veterans from different wars and writing their stories for an annual book. Is it Important to Remember?

home of free internet tv How to Dress for a Job Interview | My First Paycheck Overview When interviewing for a job, it is always important to dress your best. The first thing an interviewer will notice will be how you look and what you’re wearing. You want to give a great first impression. So, what is appropriate to wear to a job interview? Business Attire Men Conservative suit in a solid colorLong-sleeved shirtConservative tieSolid-colored beltDark socks high enough to cover the anklesConservative leather shoesTasteful silver or gold watchNeat hairstyleTrimmed nailsLight cologne or aftershavePortfolio or briefcase Women Conservative suit in a solid colorCoordinated blouseSuit skirt long enough to sit down comfortablyTan or neutral pantyhoseClosed shoes with reasonably-high heelsLimited jewelryNeat hairstyleNeatly manicured nailsLight make-up and perfumePortfolio or briefcase Smart Casual Business Attire Some workplaces or jobs are less formal, so you may opt for a dress code that is less formal as well. Colors to Wear Interview Attire Tips Image: Flicker-Alex France

Bosnia: Two Schools Under One Roof Find out about the ‘Two Schools Under One Roof’ scheme, pioneered after the end of the Bosnian War Age range:7-11 Connecting Classrooms themes:Conflict and Peace / Rights and Responsibilities Curriculum links: Geography, PSHE, Citizenship Nada, 13, and Mina, 12, go to different schools with different head teachers in Keseljac, Bosnia Herzegovina. This is known as ‘Two Schools Under One Roof’. But after so many years, it's keeping them apart. Most of the Bosnian Muslim pupils here - like Nada - want the two schools to merge. Bosnian courts have ruled that separating the children is wrong because they aren't being treated equally. About 50 miles away, Lelja and Gordana go to Konjic First School. It used to be ‘two schools under one roof’, divided by a glass wall, but just after Lelja started the two halves joined up. Now there’s one head teacher and staff. Almost all the children take the Bosnian classes, like Lelja in Year 8. Lelja and Gordana want other schools to join up in the future.