The Most Incredible Prophecy 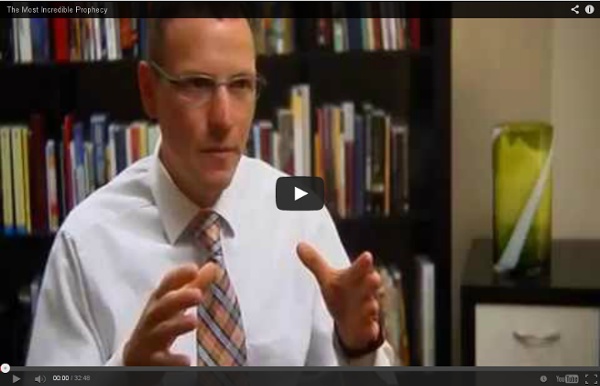 Satanic Qur'anic Verses - The 3 Daughters of Allah Daughters of Allah:- It is an undeniable fact of history that before Muhammed was born, in the Pagan Arabian religion, Allah was the name of the principal deity in Mecca who had three daughters (S53:19/20): Uzzah; Lat; Manat. According to their traditions they acted as Allah's INTERCESSORS. The Goddesses Al-Uzza, Al-Lat and Manat formed a triad in pre-Islamic Arabia. The three were worshipped as uncut aniconic stones. Sometimes the three of them are referred to as the daughters of Allah; sometimes Manat and Al-Lat are considered daughters of Al-Uzza. Al-Uzza, "the Strong One", "The Most Mighty", "The Mighty One" was as mentioned earlier, a pre-Islamic Arabian goddess, the virgin warrior and youngest in the triad of goddesses was one of the most venerated Arab Deities, and the Goddess of the morning and evening star, the planet Venus and was a blood-thirsty goddess which requires sacrifices; both animal and human. Her idol was situated in a valley in Nakhlat al-Sha'miyah. St. 21 What!

Revelation: The Bride, The Beast & Babylon God Drew The Plans. We all know that 4,000 years ago, on the grand summit of Mt. Sinai, God gave Moses the Ten Commandments. But most people don't know that at the same time, the Lord gave Moses the blueprints for one of the most mysterious structures ever built - the sanctuary. God Himself gave Moses the plans for the sanctuary. "And let them make me a sanctuary; that I may dwell among them." The Lord asked Moses to erect a sanctuarya special building that would serve as a dwelling place for the great God of heaven. The sanctuary was an elegant, tent-type structure (15' x 45'based on an 18-inch cubit) where the supernatural presence of God dwelt and special services were conducted. The walls were made of upright acacia (wooden) boards, set in silver sockets and overlaid with gold (Exodus 26:15-19, 29). "Thy way, O God, is in the sanctuary: who is so great a God as our God?" God's way, or plan of salvation, is revealed in the earthly sanctuary. (Psalms 80:1). The Ten Commandments were inside the ark. Yes.

The Cross and It's Shadow Understanding Tongues An Amazing Fact Legend has it that when the Greeks were unable to capture the city of Troy even after imposing a 10-year siege, they finally resorted to a clever stratagem. The Greek army pretended to sail away and left on the shore a huge, hollow wooden horse as an apparent victory gift. Differences of Interpretation A gift from an enemy can be very deadly. Shortly after becoming a Christian, I was hitchhiking from Palm Springs to Los Angeles to visit my mother. I was a little surprised by her question, because no one had ever asked me that before. "No, that's not what I mean," she said, looking a little frustrated. Even still, this kind lady was convinced that I was missing out on a primary element of the Christian experience. I need to address some unpopular facts in this study, and I must begin by saying that although I disagree with some of the teachings of my charismatic brothers and sisters, I firmly believe that God has thousands of His children in these fellowships. No.

The Christian and Alcohol An Amazing Fact Tests show that after drinking three bottles of beer, there is an average of 13 percent net memory loss. After taking only small quantities of alcohol, trained typists were tested and their errors increased 40 percent. Only one ounce of alcohol increases the time required to make a decision by nearly 10 percent; hinders muscular reaction by 17 percent; increases errors due to lack of attention by 35 percent. —Paul Harvey Is it biblically permissible for a Christian to drink alcohol? This controversial subject has evoked many passionate opinions among Christians. I submit that the Bible is in no way ambiguous when it speaks on alcohol and how it relates to God’s followers. Two Opposing Camps Among Christians, there are two primary camps of thought on this sensitive topic. Then there is the other position: Alcohol is an addictive and destructive drug that no sincere Christian should use to any degree. What Is Alcohol? Let’s begin with a definition. Confusing Verses Clarified

Jesus Throughout the Bible, Part 1 Learn the truth about the Bible's prophecies including the number 666, the mark of the beast, the antichrist, the second coming of Christ, the rapture, the 1000 years, the end of the world, and much more. The USA in Bible Prophecy. Can it really be true? America in Bible prophecy - absolutely! When you think about it, it makes sense that the most powerful and influential nation on earth will play a vital role in the final stunning events of the world's closing history. But even more surprises await you as the Bible reveals how the leading nation of the world came to exist and why! 1. Answer: The beast with seven heads (Revelation 13:1-10) is none other than the Roman papacy. In 1798, General Berthier inflicted a deadly wound upon the papacy when he took the pope captive. 2. "Power was given unto him to continue forty and two months." Answer: The Bible predicted that the papacy would lose its world influence and power at the end of the 42 months. 3. "And I beheld another beast coming up out of the earth; and he had two horns like a lamb, and he spake as a dragon." Answer: The papal captivity mentioned in verse 10 took place in 1798, and the new power (verse 11) was seen emerging at that time. 4. 5. 6. 7. A. B. C.