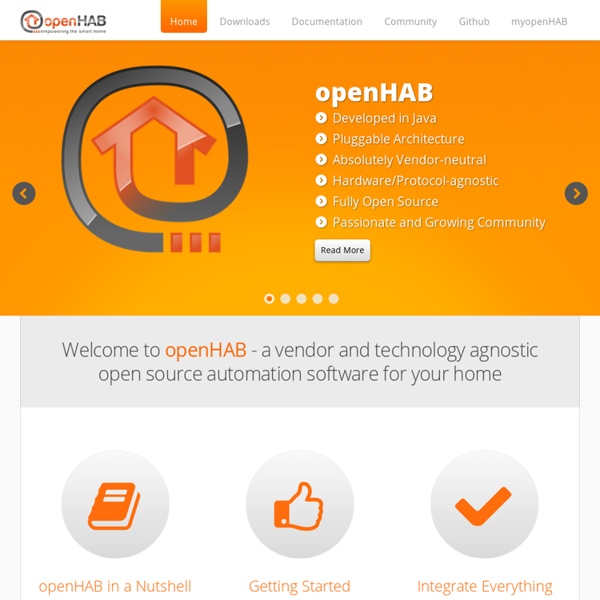 ago control - open source home automation system ago control ago control is a framework for device control. The aim is to provide a complete home automation solution. It can also be used in other areas, like agriculture. Rise and Run's First Album by Rise and Run About this project Risks and challenges You'll be glad to know, Rise and Run's undivided care and attention is devoted to this ONE project. Challenges may arise, but the band is prepared to confront them head-on to ensure punctual delivery of the album.

Indoor positioning system The localization algorithm of Nextome, which is patented, is able to use, adapt and improve several technologies for the indoors navigation. The whole algorithm performance is done within the smartphone without need of constant communication between phone and server, in this way the app is totally usable even where internet doesn’t work. MLV3 Technology A new localization methodology, called MLV3, limits the so-called “path fading” effect, removing the noise caused from the signal bouncing off the walls, floors, furnitures, people around.

Disaster Preparedness: Communications bundle For those unfamiliar with the phrase: it comes from poem written in 17-something-er-other by some dude (Robert Burns). The last bit of the aforementioned stanza goes, "oft do go awry." Regardless of what you have or what you don't, having a plan in place with which to contact loved ones and gather information is an important constituent of having a solid kit. Established frequencies (with regard to HAM/CB/FMRS/GMRS radio) Established time of contact (i.e. top of the hour, every hour. Five minutes after sundown etc.)

Using Arduino, Raspberry Pi and Android to monitor your home Hey all, Just thought I’d write an update to my post “Internet connected computer controlling a dumb fan. Inefficiencies of the modern gas forced-air furnace“. It’s been a while and I’ve been busy. Hexapod (robotics) A six-legged walking robot should not be confused with a Stewart platform, a kind of parallel manipulator used in robotics applications. A desktop sized hexapod. A hexapod robot is a mechanical vehicle that walks on six legs. Since a robot can be statically stable on three or more legs, a hexapod robot has a great deal of flexibility in how it can move. If legs become disabled, the robot may still be able to walk.

Home automation using arduino with wifi, bluetooth and IR remote control This systems consists of 3 custom built arduino uno boards, two of which are connected to each other via I2C bus, one of which acts as a "master sender" and the other a "slave reciever". Home automation system can be controlled using Internet, which is achieved by using ESP8266-01 and blynk libraries. It also allows us to control the system by giving voice commands using HC-05 bluetooth module and AMR voice app. Hexapod Robot Kits, Interbotix Hexapods, Dynamixel Hexapods, Hobby Hexapod, Robotis Hexapod, Research Hexapod, hobby Hexapod Show Price: $949.95 In Stock Item #: KIT-PXC-QUAD-MK2 - Interbotix Labs is proud to introduce the 2nd revision of our Quadruped robot kits, the PhantomX Quadruped Mark II!