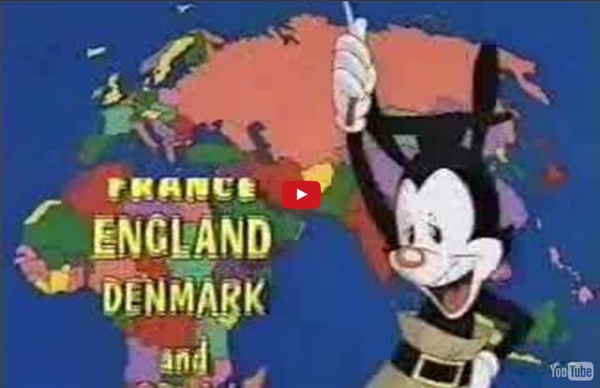 Glaucus atlanticus These sea slugs feed on other pelagic creatures including the venomous cnidarian, the Portuguese Man o' War. Because the sea slug stores stinging nematocysts from the cnidarian within its own tissues, a human picking up the sea slug may receive a very painful sting. For more information on the effects of the nematocysts, see Portuguese man o' war. Characteristics[edit] The blue sea slug (here shown out of water, and thus collapsed) is one of the smallest members of its biological family, Glaucidae At maturity Glaucus atlanticus can be up to 3 centimetres (1.2 in) in length.[3] It is silvery grey on its dorsal side and dark and pale blue ventrally. The radula of this species bears serrated teeth.[5] Distribution and habitat[edit] This nudibranch is pelagic, and occurs throughout the world's oceans, in temperate and tropical waters. Life history and behavior[edit] G. atlanticus is able to feed on Physalia physalis due to its immunity to the venomous nematocysts. References[edit]

19 Amazing Video Game Cakes Serious gamers know just how time-consuming gaming is, often making it difficult to do anything besides working (only to buy more games) and playing the games themselves. Even so, gamers usually do still manage to have lives outside of the console; these cakes are some of the amazing creations born as a result. Consoles While most people dedicate their gaming obsessions to the specific games they play, others adore entire consoles. Of all the console cakes around, this PS3 cake by Pink Cake Box, accessorized with a Blackberry and spilled Pepsi can, might best capture the gaming lifestyle for those truly dedicated few. There’s nothing quite like the feeling of pulling a new system out of its box for the first time and this Nintendo DSi cake by Pink Cake Box perfectly captures that blissful feeling. Lego Batman Skyrim It should be no surprise that video game launch parties are the source of some of the most impressive video game cakes around. Bioshock Q*Bert Mario Pac-Man The Legend of Zelda Portal

World's Tiniest Chameleons Found in Madagascar | Wired Science Researchers have recently discovered four new chameleon species, which rank among the world’s tiniest reptiles. Adults of the smallest species are just over an inch from snout to tail. The four new species belong to the genus Brookesia, also known as the leaf chameleons, which live in remote rainforests in northern Madagascar. As small as these guys are, a super-tiny dwarf gecko found in the British Virgin Islands might be just a tad more wee. Since the chameleons all look extremely similar, researchers used genetic analysis to determine that they belonged to separate species. Brookesia species tend to live within a very small range. “The extreme miniaturization of these dwarf reptiles might be accompanied by numerous specializations of the body plan, and this constitutes a promising field for future research,” said herpetologist Frank Glaw, lead author of the study, in a press release. Images: Glaw, F., et al., PLoS ONE

The Official Blog of Benjamin J Heckendorn OpenCola (drink) OpenCola is a brand of open-source cola, where the instructions for making it are freely available and modifiable. Anybody can make the drink, and anyone can modify and improve on the recipe as long as they, too, license their recipe under the GNU General Public License. Since recipes are, by themselves, not copyrightable, the legal basis for this is untested.[1] The flavouring formula for OpenCola is:[2][3] Ingredients of OpenCola 2.36 kg plain granulated white table sugar2.28 L water30.0 mL caramel color17.5 mL (3.50 tsp.) 75% phosphoric acid or citric acid10.0 mL (2.00 tsp.) flavouring formula2.50 mL (0.50 tsp.) caffeine (optional)[2][3] After mixing up the concentrate to the prescribed recipe (including all recommended safety precautions – see links), the syrup is diluted 5:1 with ("preferably sodium-free") soda water to make the finished drink; at this dilution, the above combination of ingredients will yield approximately 24 litres of OpenCola.

National Geographic Photo Contest 2011 - In Focus National Geographic is currently holding its annual photo contest, with the deadline for submissions coming up on November 30. For the past nine weeks, the society has been gathering and presenting galleries of submissions, encouraging readers to vote for them as well. National Geographic was kind enough to let me choose among its entries from 2011 for display here on In Focus. Gathered below are 45 images from the three categories of People, Places, and Nature, with captions written by the individual photographers. [45 photos] Use j/k keys or ←/→ to navigate Choose: Many people pilgrimage to Uluru, but what is seen there often depends on where you've come from. Eruption of the Cordon del Caulle. Beluga whales in the arctic having fun. This is a streetcar in New Orleans traveling back towards The Quarter on St. This image captures almost 6 hours of climbing parties on Rainier going for the summit under starry skies. Russia, polar region of West Siberia, Tazovsky Peninsula.

Stuffed animal This is actually quite a good idea!