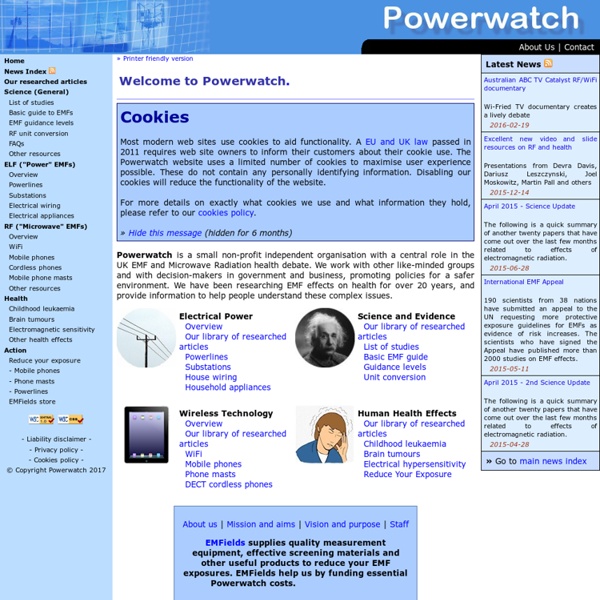 Body Voltage Experiment Possessing an easy, economical way to monitor the condition of the functionality (operability) of a person's bio-electric system—the collection of bio-electric phenomena present in and around a physical body that is used to assist in that body's perpetuation—might help them by affording to them a way to determine the effectiveness of any bio-electrically therapeutic efforts they may be engaged with. This page is a write up of work involved with the development of an economical technique hypothesized to enable a person to monitor the status of the functionality/operability of their bio-electric system quickly, easily and safely. The opinions section is the delineation of the experimenter's personal interpretations of the data obtained rather than a list of claims about that data. Another words, I am saying that I believe that what I am saying is what the numbers' correlation with the physical phenomena that I was experiencing means, but this is what is true for me.

Evolving Life Innovation » Research – Radiation Absorption – Simple Measurements “To waste, to destroy our natural resources, to skin and exhaust the land instead of using it so as to increase its usefulness, will result in undermining in the days of our children the very prosperity which we ought by right to hand down to them amplified and developed.” - Theodore Roosevelt Modern wireless communication produces a widespread background radiation in the microwave region of the electromagnetic spectrum. From TV broadcasting in the UHF band from 400 MHz, all the way through the cellular bands, and up to wireless networking at 2.45 GHz, and beyond. In daily life we are constantly exposed to this electromagnetic radiation or “electro-smog”, and the potential longer-term damaging effects from it[1-14]. The major problem with these devices, is if you absorb too much of the radiation then your cellular phone will no longer work correctly, drop calls, have poor reception, or be completely non-functional. 1. 2. 3. 4. 5. 6. 7. 8. 9. 10. 11. 12. 13. 14.

Electromagnetic Reality Electromagnetic Reality by Patrick Quanten MD Although you may not have heard much about it, during the last twenty years there has, however, been an awful lot of research done within the fields of human energy and cellular electromagnetism. The main reason why this research does not result in headlines on our television screens is because everything that has been discovered and proven points out how far from the truth our medical authorities are, and how much they are living in a make-believe world. None of their theories, none of their suppositions, none of their beliefs are standing up to the test of scientific evidence. We are going to explore a small bit of that brave new world. First of all, let's start with acknowledging that all cellular processes and physiological functions are determined by electrical currents and electrical charges. In summary, the electrical properties of sick cells are different than the electrical properties of the normal tissues that surround them.

How do Dimensional Design’s SafeSpace products work? To Order Call 866-821-8122 SafeSpace products work by altering the quality of a field (rather than its quantity, or strength). How does this happen? To explain that, we need to explain a few key concepts. When particles are repatterned, the quality of a field is changed. That’s what William A. According to Dr. This is called the coherent polarizing field effect. Simply put, when the charged particles in an EMF are repatterned, the entire EMF field is repatterned and the ill effects are neutralized without having to weaken eliminate the field itself. Subtle energies Subtle energies are 'super-physical energies' that is, energies beyond our five physical senses. Subtle energy is considered a part of our physical world, but it is a subtler dimension than our world of solids, liquids and gases. Energy fields interact and affect each other Just as an EMF can influence the physical human body, certain subtle energies can influence certain EMFs. The most senior subtle energy

EMFs and Human Health Every now and then, green builders are approached by clients who are worried about exposure to electromagnetic fields (EMFs). Such clients have read that EMF exposure can make them sick, and they’re interested in building a house that minimizes EMF exposure. In the modern world, EMFs are ubiquitous. Most of us are surrounded every day by weak electric and magnetic fields that are generated by electrical wires, home appliances, cell phones, and broadcasting equipment. Electric fields are governed by voltage; they are generated (for example) near wires that are plugged into an electric receptacle, even when the appliance isn’t turned on. Magnetic fields are governed by current; they are generated near electric wires when an appliance is turned on and current is flowing through the wires. The electric and magnetic fields from 60-cycle AC electricity are considered extremely low frequency (ELF). “EMFs can make you sick” A strange focus on smart meters and electric cars Parallel worlds?

Chromographics Institute » Schumann resonance By Will Hart In the early decades of the 21st century scientists, and various independent researchers, have been blazing trails into new frontiers. The mechanical models of the universe are being sloughed off and a fresh, revolutionary vision has emerged. They are proving that we are physical, biological and electromagnetic (EM) beings, living in a tapestry of naturally generated, oscillating EM fields. Throughout the 19th and 20th centuries science mostly focused attention on the biochemical side of the human body and brain. That paradigm, however, is changing quickly and radically. There is an acknowledged, but as yet little understood, relationship between the solar wind, lightning, the ionosphere; and the Earth’s standing wave (Schumann Resonance) with human brainwaves and consciousness. In fact, an amazing, interlocking synchronicity exists between these phenomena, which clearly reveals just how interwoven the threads of life, the earth’s EM pulse, and awareness truly are. References

New York Times Article Rebuttal by Lennart Hardell, MD, PhD and Michael Carlberg, MSc July 24, 2015 Ms. Margaret Sullivan, Public Editor public@nytimes.com Ms. Carol Pogas, Reporter pogash@comcast.net The New York Times Regarding: Cellphone Ordinance Puts Berkeley at Forefront of Radiation Debate Published online July 21, 2015 Dear Ms. We have read this article in the New York Times with interest. The brain is the primary target organ for exposure to RF-EMF during the use of the handheld wireless phone. Since then more studies have been published that strengthen the association between use of wireless phones (mobile and cordless phones) and increased risk for brain tumours. Glioma: Meningioma: Menigioma is mostly a benign brain tumour and accounts for about 30 % of all intracranial tumours. Acoustic neuroma: Acoustic neuroma or Vestibular Schwannoma is a rare benign tumour in the eighth cranial nerve that leads from the inner ear to the brain. Brain tumour incidence:

iPad iPhone Laptop Wi-Fi DECT Cordless Phone Radiation and Magnetic Fields To Parents: PLEASE... DO NOT EVER LET YOUR KIDS/TODDLERS PLAY GAMES ON AN IPAD WHICH HAS THE WI-FI BUTTON TURNED ON (even if it's not connected to a Wi-Fi network, even if there is NO Wi-Fi network available, as seen in the video). Wi-Fi enabled devices including iPad2 are designed to send radiating signals to "seek" networks. You can see from the RF meter that there is a "burst" of radiating signal every few seconds, up to 30+microwatts/cm2, continually, until the Wi-Fi button was turned off. If you absolutely need to let your kid play games or type on the iPad, TURN THE WI-FI button OFF! 30+microwatts/cm2 might be negligible according to Health Canada's lax-standard, but this already exceeds the national exposure limits in many countries. The actual probe/senser of the RF meter is in the middle INSIDE the yellow ball-shape casing and is a couple centimeters from the iPad, not actually touching the iPad. To Parents: PLEASE... How about texting for kids?

Is Wi-Fi Safe for Children?Beware of Health Risks How Does Grounding or Earthing Impact Your Health? By Dr. Mercola Do you notice you feel better when you walk barefoot on the Earth? Recent research has explained why this happens.Your immune system functions optimally when your body has an adequate supply of electrons, which are easily and naturally obtained by barefoot contact with the Earth. The Ultimate Antioxidant and Anti-Inflammatory Grounding or Earthing is defined as placing one's bare feet on the ground whether it be dirt, grass, sand or concrete (especially when humid or wet). How the Modern Running Shoe May be Destroying Your Health Materials such as metals are electrical conductors. How the Different Types of Electricity Impact Grounding There are three different forms of electricity: Direct current (DC) electricity Alternating current (AC) electricity, and Static electricity All of these forms of electricity are present in the environment and can affect the way you feel. How Your Home Electrical Connections Can Zap Your Health A meter of this kind is shown above.