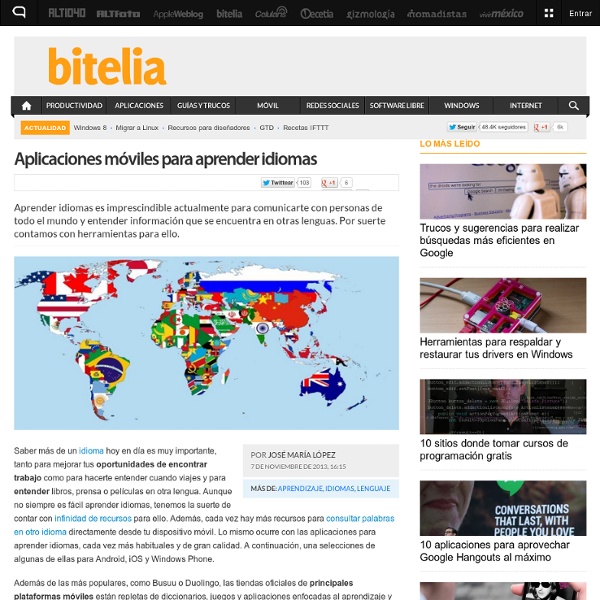 Here are 5 ways iOS 7 can help the enterprise Since the release of the first beta release to developers in June 2013, iOS 7 has been making news in the tech world. With the public release just a few weeks old, reactions from end-users and tech pundits have been mixed. Change is hard for some and iOS 7 is loaded with changes. While the most obvious of those changes are cosmetic, several make iPhones and iPads more friendly to enterprise use. There are dozens of new features aimed at business use, making this the most enterprise-friendly release of any iOS incarnation to date. Though it is currently the norm, over the long-term, few businesses will build their own apps from scratch. Single sign-on: Apple is incorporating a shared keychain capability that takes advantage of MIT’s widely-used Kerberos protocol to allow apps to manage federated credentials with a single point of authorization. Tim Panagos is the former Chief Architect of Accenture and current CTO of Point.io.

How to add your PDFs to iBooks and organize them Thanks to the new iBooks app in OS X Mavericks, it’s easy to store and read your ebooks—be they purchased from the iBookstore or elsewhere (as long as they’re in the .epub or .ibooks format). But you can also keep PDFs in iBooks, too, and even organize them to your liking—though Apple’s tools still leave a bit to be desired on that front. Add your PDFs Adding PDFs to the iBooks app is easy. If you want to add a whole bunch of PDFs, or you’re looking for PDFs from your hard drive to add, you can do a quick Finder search to find them. Unlike the old iBooks section in iTunes, the iBooks app doesn’t let you adjust or alter metadata for books you’ve added yourself—so if your PDF has a weird name and author, you may have to adjust that in a different program (like Adobe Acrobat) before uploading to iBooks. Organize your PDFs Once you’ve added your PDFs to iBooks, you can easily view and organize them by visiting the Collections tab. Peruse your PDFs

10 best iPad apps for personal productivity Morning Morning is like your personal guide to starting the day. It has a colorful interface with calendar updates, news, weather, and to-do items. While other apps may offer more utility for such specific tasks, Morning makes for an attractive, all-in-one application. How to avoid big international iPhone data charges Taking an iPhone on an international trip can be a harrowing experience. Every time you post a status update to Twitter or check your email, you imagine your wireless carrier charging you a fortune in international data roaming fees. But there are ways to stay connected while you're traveling without freaking out about the cost. Close the data spigot The most important iPhone setting when you travel internationally is found in the Settings app, in the Cellular section: Data Roaming. But that’s a real all-or-nothing proposition. Fortunately, in iOS 7 there’s a way to control the data spigot app by app. Even better, in this same section, underneath each app, you’ll see the amount of data it uses when you’re on a cellular connection. Talk to your carrier Before you leave the country, talk to your wireless carrier (or visit its website) to see what international plans it offers. If you’re an AT&T customer, you may also want to ask about unlocking your phone. Buy a prepaid SIM card Travel safe

How to Show A List of Every File Ever Downloaded on Your Mac The internet has a lot of great content, and I find myself downloading stuff all the time! Pictures, apps, documents – you name it! If you’re like most internet users, you likely do the same. Have you ever wanted to remember the name of a certain picture or file you downloaded, or can’t remember where something came from? To display the history, just enter the following command into Terminal on your Mac (on a single line!) sqlite3 ~/Library/Preferences/com.apple.LaunchServices.QuarantineEventsV* 'select LSQuarantineDataURLString from LSQuarantineEvent' Note that it can take a while for the command to generate a complete list – especially if you have an older mac that’s been around for a while, or if you download a lot of files! Fortunately, you can sort the list into similar items by entering the following command: sqlite3 ~/Library/Preferences/com.apple.LaunchServices.QuarantineEventsV* 'select LSQuarantineDataURLString from LSQuarantineEvent' | sort

How to use iCloud Keychain Apple’s new iCloud Keychain aims to solve an irritating problem: even if you've entered usernames and passwords on your Mac, you still have to reenter every single one manually on your iPhone and iPad (as well as any other Macs you use). As of OS X 10.9 Mavericks and iOS 7.0.3, however, iCloud Keychain keeps these account credentials, along with credit card numbers and other personal information (including your account settings for email, contacts, calendars, and social networking services) in sync across your Macs and iOS devices automatically. Plus, Safari on both platforms now sports new features that integrate with iCloud Keychain, such as a built-in random password generator and an improved autofill capability. (Third-party apps may add support for iCloud Keychain in the future.) The setup process for iCloud Keychain is suprisingly involved, and has a couple of less-than-obvious steps. ), which include a number of additional, useful features. Set up your first device Approve a device

Now 932: Using Audio In Keynote There are several ways you can incorporate sounds and music into your Keynote presentations. You can add a background soundtrack that will play over the entire presentation. You can also add a sound for a single frame. If you set up this sound correctly, you can control the sound in the frame as well. Video Transcript (Click to Expand) Hi, this is Gary with MacMost Now. There are two main ways to add music to your presentation. Here is a sample presentation. Here I have the soundtrack. So I can just choose a song there and it would preview it for me and then I can add it in here by simply dragging it to this box. I can also adjust the volume for the soundtrack there. I don’t have to just choose from my iTunes Library. If you want to remove the soundtrack from the movie it is not quite apparent how you do that. This sets us up to add some music that is only for a specific slide. So you also have this Start movie on click thing. When you make this larger something else happens.