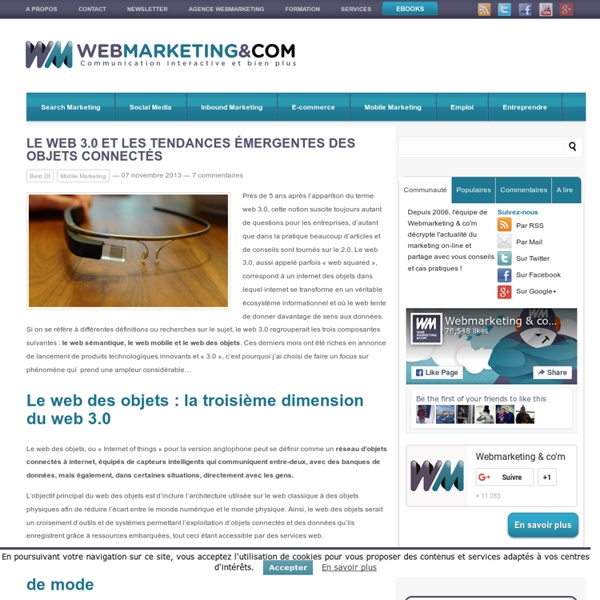 IT Pros: Internet Of Things Is A Governance Disaster | The Security Ledger Not that we needed a survey to tell us this: but IT pros are seriously concerned about the risks posed by all the IP-enabled devices that are starting to connect to their corporate networks. A survey of IT pros found most think the benefits of the Internet of Things outweigh the risks – though maybe not for companies! (Image courtesy of ISACA.) That’s the conclusion of a survey of 2,013 members of ISACA, a worldwide association of information security professionals, which found almost unanimous agreement that the Internet of Things poses a governance problem for their networks, with increased security threats the most oft-cited governance issue raised by IoT adoption. The survey (PDF) also polled 4,000 consumers in the U.S., U.K., India and Mexico, finding that IT professionals were less sanguine than consumers about the transformative potential of the Internet of Things for enterprises. Related Reads: Internet of Things Demands New Social Contract To Protect Privacy. Like this:

THINGS: the internet of business opportunities | the internet of things Vint: "The rumor began at the end of the previous century: Things will connect to the Internet. Due to the long nose of innovation it took fifteen years to happen, but now a tipping point is here. In various sizes and shapes, all kinds of startups and established names are claiming breakthroughs, ranging from off-the-shelf sensor hardware platforms such as Arduino and Libelium to giants like ibm and McKinsey. The figures concerning the impact of such intelligent things are dazzling, amounting to many thousands of billions. McKinsey estimates the market to be worth 2,700 to 6,200 billion dollars, Cisco talks about 14,400 billion. SMACT will be disruptive Social networks, Mobile platforms and apps, advanced Analytics and Big Data, the Cloud form SMAC and this new paradigm has revolutionized the information society and made many more aspects of society ready for tech-and-things. The Tipping point is now Things: Internet of Business Opportunities deals with the THINGS tipping point.

Las Vegas street lights can record your conversations Wireless street lights can play music, video, interact with pedestrians and have 'Homeland Security' applications like video surveillance monitorsLas Vegas residents worry that the lights are an invasion of privacy - 'Who's protecting our rights?Some cities in the UK and Holland have street lights that reprimand pedestrians for minor offenses like littering By Mail Online Reporter Published: 17:31 GMT, 10 November 2013 | Updated: 18:34 GMT, 10 November 2013 Las Vegas is currently installing Intellistreet lights to their well-lit city. But Intellistreets are not just any street-lighting system. The wireless, LED lighting, computer-operated lights are not only capable of illuminating streets, they can also play music, interact with pedestrians and are equipped with video screens, which can display police alerts, weather alerts and traffic information. New street lights currently being installed in Las Vegas are capable of recording video and audio. Lee wonders who protecting our rights?

Rakesh Sharma: Five Challenges For The Internet of Things Ecosystem Source: "When I met Rachel Kalmar, Data Scientist at Misfit Wearables, earlier this year, she had 17 devices strapped to her body. The devices, which are mostly around her wrist, measured various parameters ranging from heartbeats to sleep cycles. This last Friday, at the TedxSF conference, Kalmar announced that the number of devices had increased to 27. Tracking multiple devices has enabled Kalmar to ask some really important questions about the development of the Internet of Things. Lack of a Shared Infrastructure: In its simplest form, the Internet of Things is a complex interconnection of hardware, such as sensors and actuators, and software that works at the assembly level. Lack of Common Standards: “So, what really is a step?” Battery Life: It is estimated that there will be twenty-four billion connected devices by the year 2020. Data Control: From the user perspective, this is one of the more significant barriers to large-scale adoption of the technology.

Developing Cyber Security Skills of the Future, Today A Smarter Planet Blog Dr. Mark A. Harris, Assistant Professor, The University of South Carolina By Dr. Mark A. Harris Until recently, IT security professionals did not have to worry about bring-your-own-device programs (BYOD), social media, corporate data in the cloud, and big data. Business leaders must understand the sophistication of security breaches, potentially costing millions of dollars per incident, and understand the importance of strategic security intelligence. To address security concerns, future IT security and business leaders need a broader range of skills than ever before. On the flip side, IT students need exposure to business concepts so that they can better communicate as IT professionals and work strategically and effectively with business leaders. Here in the University of South Carolina’s Integrated Information Technology Department, our curriculum has a mix of business and IT courses to better prepare students. Dr.

M2M - Enabling New Ways to Use Consumer Electronics | M2M World News | Machine to Machine News Consumer electronics, one of the most profitable technology markets, is not only about having connectivity, but about redefining connectivity, especially with regards to M2M communication. Today, the most commonly used consumer devices including GSM chips are e-readers and personal navigation devices (PNDs). Amazon offers free WiFi and 3G connectivity, this way Kindle customers can buy and download new books wherever and whenever. Smart watches, activity trackers, and glasses are also part of this trend; after all they are all only as smart as their connection to a smartphone. All big players are announcing and launching new gadgets – and there is no end in sight. At last year’s M2M Challenge, QGate introduced a wall plug that connects living spaces and electrical devices to the internet. A totally different approach to M2M comes from Durex. Though, is it still M2M communication if underpants communicate with bras?

Connected Air: Smart Dust Is The Future Of The Quantified World This article is part of ReadWrite Future Tech, an annual series in which we explore how technologies that will shape our lives in the years to come are grounded in the innovation and research of today. The year is 2035, and Sgt. Bill Traverse and his team of commandos are performing a “sweep and clean” operation through a portion of the war-torn Mexico City. Sgt. This scene of Sgt. Smart Dust: The Sensors That Track Every Thing, Everywhere The idea of the Internet of Things is so passé. Putting sensors on stuff? The technology is called Smart Dust and it's not quite as crazy (or as new) as you might think. Smart Dust as a concept originated out of a research project by the United States Defense Advanced Research Projects Agency (DARPA) and the Research And Development Corporation (RAND) in the early 1990s. The entire world could be quantified with this type of ubiquitous sensor technology. What Is Smart Dust? Controlling Dust With TinyOS Stanford provides much the development of TinyOS.

Internet Of Things Opens Doors to Attack The Internet of Things may be overhyped, but the increased access to corporate and SCADA networks it offers to outside attackers is cause for concern. Have you, like me, been bemused by the avalanche of news stories about the so-called "Internet of Things" (IoT)? "Things" have been connected for years. Bloomberg, for example, recently headlined an article "How the Internet of Things Changes Everything." So what’s all the fuss about? So let Bloomberg explain: The Internet of Things refers to a dramatic development in the Internet's function: the fact that, even more than among people, it now enables communication among physical objects. Oh, do they mean PCs talking to printers? In fact, what all the noise is about is connecting everyday, generally non-IT, things to apps that either monitor, control, or do both from our mobile or wired platforms. Sounds like it’s a good thing, right? But, you say, "I’m not in the military and no one wants to hack in to my toaster, do they?" More Insights

Kinesis: Amazon's cloud opens to the Internet of things | Amazon web services The phrase "Internet of things" doesn't appear anywhere in the product description for Amazon's newly announced Kinesis service, which it describes as "a fully managed service for real-time processing of streaming data at massive scale." But the specter of IoT, which has been haunting IT for some time now (even if only in the form of a buzzword), is certainly looming large over Kinesis. Amazon's description of Kinesis is pitched mainly at AWS customers who are looking for a way to capture and process live data. With it, Amazon promises, you can "build real-time dashboards, capture exceptions, and generate alerts, drive recommendations, and make other real-time business or operational decisions." The resulting data can also be piped into other Amazon services (S3, DynamoDB, Redshift) for storage and future crunching. All these use cases are valid right now. If IoT means anything, it's about such a scenario -- with all of the headaches and false starts associated with it.