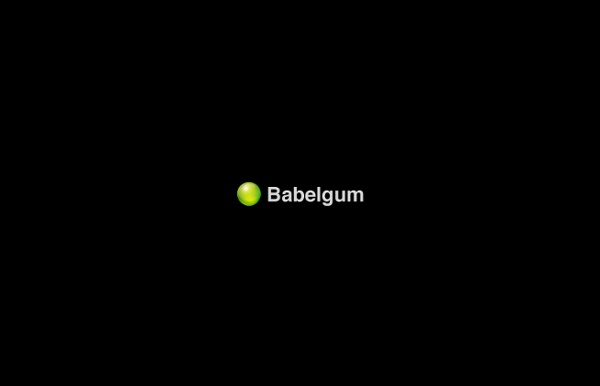 Mathias Poulsen » Blog Archive » New to games & learning? I keep writing about how I perceive and work with games in education. If you are new to the field, however, there are far better ways to get up to speed. Why not listen to the worlds’ finest experts across research and practice? I always try to do that, and now I’ve attempted to aggregate some of the best videos from around the web & world, where truly inspiring and passionate people are introducing their perspectives on games & learning. Each video is accompanied by a few of the most relevant links as well as a brief introduction, yet I don’t want to take too much focus away from the actual videos; they’re what matters in this post. Sit back, watch ‘em all in a row, or come back later. SurfTheChannel - Home August 28, 2014 Question 1 of 4: How often do you use Mozilla Firefox? Question 2 of 4: How satisfied were you with the previous versions of Mozilla Firefox? Question 3 of 4:

FreeTube - Watch TV Online for Free with 100s of Live Internet C Free Website and Blog Hosting P4O Hosting is 100% Free, which means you can start and experiment with site creation, advanced dynamic programming, marketing, and other webmaster skills all in the comfortable and secure environment of your own personal hosting space. Unlike other free hosts, P4O.net offers features and services that rival paid hosting, including htaccess, script installers, webmail and addon domains to name a few. We offer you the premium features that other free hosts are scared to empower their users with.

Donnie Darko A new theory to help the viewer unravel the cult classic. Erik A. Coburn n recent years, Donnie Darko, directed by Richard Kelly, has become a cult classic. Transmedia is killing Hollywood will kill Transmedia : Brooke Thompson : GiantMice.com And you, Mr. Transmedia Producer, are holding the gun. This was not what I had planned on posting today. I’ve got a post in the making taking a look at various things transmedia is used to describe and what is great (and difficult & challenging & wonderful) about each. It’s a good post.

Moving Image Archive : Free Movies : Download & Streaming : Inte movies eye favorite 2 comment 0 Watch the Best Online Short Films The Un-Gone is a near-perfect hard sci-fi short. Unlike recent crowd pleasers The Raven or The Gift, it eschews flashy visuals in favor of providing entertainment that is thought-provoking and like much great sci-fi, disturbing. In further contrast to those films, reliant on chases and characters who are ciphers, it also happens to possess a recognizable narrative with definitive closure.

Merging+Media 2011 Transmedia Seminar + Lab Invalid quantity. Please enter a quantity of 1 or more. The quantity you chose exceeds the quantity available. Jean Simmons and Marlon BrandoDeborah Ke Ingrid Bergman Jean Simmons and Marlon Brando Deborah Kerr Clark Gable, Cary Grant, Bob Hope and David Niven Marilyn Monroe Gartner: 50% of Innovation will be Gamified by 2015 By 2015, 50% of companies that manage innovation and research will use gamification to drive innovation, according to a press release by Gartner. As gamification is just beginning and few public examples exist today, this finding means that the next four years are going to see rapid changes in management of the enterprise. According to Brian Burke, an analyst at Gartner, “Enterprise architects, CIOs and IT planners must be aware of, and lead, the business trend of gamification, educate their business counterparts and collaborate in the evaluation of opportunities within the organization.” The press release sites a few examples where changes are already beginning to take place including the World Bank’s Evoke, but the most interesting example is Idea Street. Idea Street is an internal project of the United Kingdom’s Department of Work and Pensions, where employees interact and share ideas. Idea Street exemplifies some of the more general strengths of gamification, as explained by Gartner:

Seven Myths About Transmedia Storytelling Debunked Over the past few years, transmedia storytelling has become a hot buzzword in Hollywood and Madison Avenue alike--"the next big thing" or "the last big thing" depending on whom you ask. Last year, the Producer's Guild announced a new job title, Transmedia Producer, a decision that has more or less established the term as an industry standard. More and more companies are laying claim to expertise in producing transmedia content. But many using the term don't really understand what they are saying.