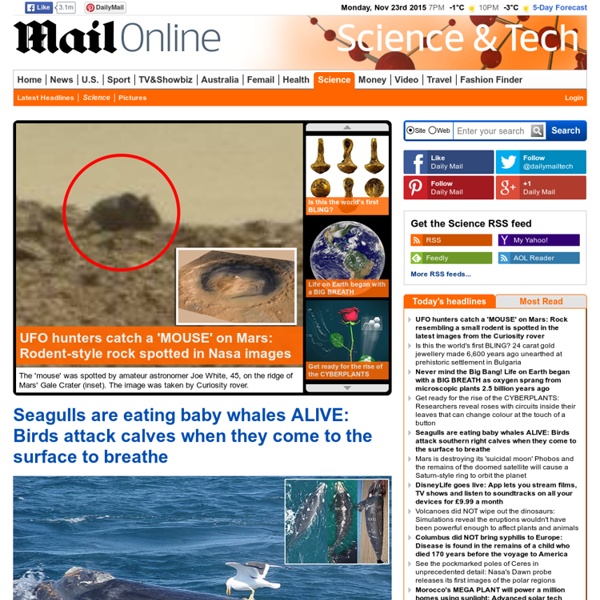 An Insane Helicopter Ride! | Daily Rambler This helicopter ride definitely had the hair standing up on my neck. It’s amazing to see the ease of maneuverability that this pilot achieves around and over these tree lines. When you see this German B0-105 Helicopter clear the treeline in the distance and move toward the camera you start to get a real feel for just how fast this thing is moving. This clip could definitely serve as a promotional video to show just what these amazing examples of Germany engineering are capable of. Maybe it’s just that I’m a child of the 70s but was I the only one that got a cheezy smile on my face when they queued up that funky action flick music from the 70s? Watching that helicopter maneuvering around trees, swooping close to the ground and screaming past the camera, I found myself in the midst of an ‘A Team’ flashback. The B0-105 went into production in 1970 and continued being rolled out until 2001.

Wired.co.uk Jack Parsons was a founding member of Nasa's Jet Propulsion Lab, with some crediting him as being one of the "fathers of rocketry" and others joking that JPL was actually Jack Parsons' Laboratory, but you won't find much about him on Nasa's websites. Parsons' legacy as an engineer and chemist has been somewhat overshadowed by his interest in the occult and, and has led to what some critics describe as a rewriting of the history books. "He's lived in the footnotes since his death. Pendle did an "archeological dig" into Parsons' life after finding a mention of him in a science book. Continue reading

Infinite Ink: Writing and publishing about computing, mathematics, science, and philosophy ECN Welsh ship's surgeon who witnessed the killing of Captain Cook and introduced surfing to the world AN 18th century ship’s surgeon from Denbighshire was the unlikely character to introduce surfing to the world, according to a TV programme being broadcast this evening . David Samwell, from Nantglyn, was also a witness to the killing in Hawaii of one of the world’s most famous adventurers, Captain James Cook. Samwell’s description of the incident is the official record of Cook’s death. Samwell joined Cook’s third voyage in 1776 on board the ship Resolution which set sail from London. Cook landed on some of the world’s most remote islands and Samwell described the lives of the natives and diligently noted every aspect of their lives. He was the first to record on paper a number of local customs, including surfing. Also known by his bardic name Dafydd Ddu Feddyg, Samwell was a close friend of the eccentric poet and antiquarian Iolo Morganwg, who founded the Eisteddfod movement. “They ventured out into the sea with nothing but small pieces of flat wood. The situation got quickly out of hand.

Science Daily: News & Articles in Science, Health, Environment & Technology Researchers now able to stop, restart light By William J. Cromie Gazette Staff "Two years ago we slowed it down to 38 miles an hour; now we've been able to park it then bring it back up to full speed." Less than five years ago, the speed of light was considered one of the universe's great constants. Hau, 41, a professor of physics at Harvard, admits that the famous genius would "probably be stunned" at the results of her experiments. "It's nifty to look into the chamber and see a clump of ultracold atoms floating there," Hau says. She and her team continued to tweak their system until they finally brought light to a complete stop. Inspired by Hau's success at slowing light, researchers working on a wooded hill a few miles away at the Harvard-Smithsonian Center for Astrophysics (CfA) used a similar technique to stop, then restart, a light beam. "We didn't have much contact," she notes, "just a few e-mails." Stopping cold "We hope for wonderful things," says David Phillips, who worked on the CfA "stop light" project.

SURFING Presents: The Reason - SURFING Magazine //player.vimeo.com/video/117246203?color=ffd9db&byline=0&portrait=0 This is why you travel. Well, maybe not why you travel but it’s why Shane Dorian, Ian Walsh, Mikala Jones and Danny Fuller do. Last summer (winter for those of us south of the equator), they eyed a swell, booked tickets and boarded flights. //player.vimeo.com/video/117246203? This is why you travel. New scientist Humanity's dramatic race across the Old World after it left its African cradle has been told countless times. But for a true sense of the rapidity of events, look no further than the Y chromosome. The most comprehensive analysis of the Y yet shows that within 150 years, an evolutionary blink of an eye, the first migrants to make it into Eurasia split into three distinct groups that can still be identified today. Men inherit their Y chromosome from their fathers. But this tree was built using the information from a small samples of DNA on the Y chromosome, which revealed only around 100 sites of genetic variation that could help establish familial relations. 69 dudes David Poznik and Carlos Bustamante at Stanford University in California, together with their colleagues, analysed the entire Y chromosome of 69 men from Africa, Eurasia and Central America. For ideas on how he could use the new tree, Poznik talked to Peter Underhill, another researcher at Stanford. A mountain high enough