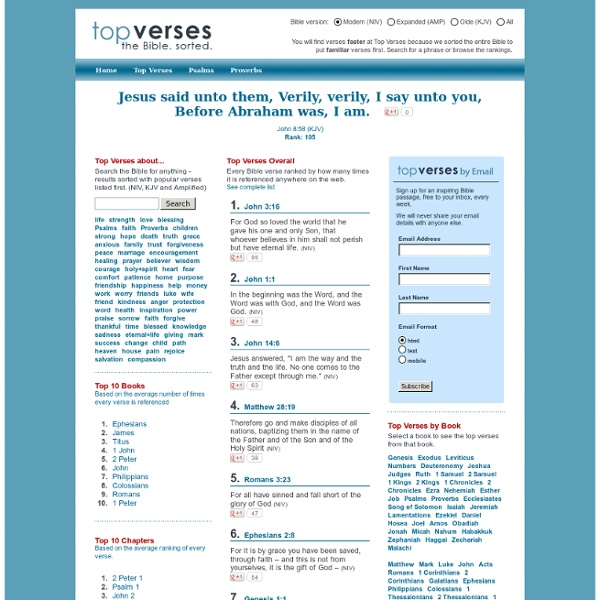 Watch Free Full Length Christian Movies Online - 2010 1. TBN Films - Here are several full length movies you can watch online. 2. GodTube (Now Tangle) - Similar to YouTube, but a lot of Christian videos. 3. Way of the Master - Witnessing videos with Kirk Cameron and Ray Comfort. 4. 5. 6. 7. 8. 9. 10. 11. 12. Looking the Internet over for the best free Christian movies and videos to watch online? Become a Christian Forecaster member and get the latest updates by simply entering your first name and an email address below! Man A Trinity (Spirit, Soul, Body The Christian doctrine of immortality cannot be understood apart from the right conception of the tripartite nature of men. Many think that man is a physical being only. There is a great danger of any man thinking thus of himself. In his desire to satisfy the needs of the body there is the tendency on man’s part to lose sight of the fact that he is immortal. There have been persons who have lived all of their lives either in ignorance or willful neglect of a life after death, but upon their death-bed they suddenly realized that they were more than physical beings. There is an idea also that prevails largely today that man consists of only two component parts: namely, body and spirit. The two following passages from the Bible clearly establish the fact that man is a triune being composed of spirit, soul, and body: The Spirit The word “spirit” when used in the Scriptures has several meanings. The threefold nature of man might be illustrated in several ways. The Soul

Catholics Come Home Meaning of Numbers in the Bible: The Number 7 The Meaning of Numbers: The Number 7 Used 735 times (54 times in the book of Revelation alone), the number 7 is the foundation of God's word. If we include with this count how many times 'sevenfold' (6) and 'seventh' (119) is used, our total jumps to 860 references. Seven is the number of completeness and perfection (both physical and spiritual). The Bible, as a whole, was originally divided into 7 major divisions. Appearances of the number seven There are at least seven men in the Old Testament who are specifically mentioned as a man of God. In the book of Hebrews, written by the apostle Paul, he uses seven titles to refer to Christ. Faith & Reason Ministries

Jon Courson - Searchlight The Commentaries of John Paul II and Benedict XVI on the Psalms and Canticles of Lauds (Morning Prayer) and Vespers (Evening Pra Notes This was completed on Friday, October 5, 2007 - all of the commentaries that were delivered by the two popes are now linked. Pope Benedict XVI omitted some psalms and canticles that Pope John Paul II had already commented upon. Morning Prayer: Psalms and Canticles Evening Prayer: Psalms and Canticles The Canticle of Mary (the Magnificat) View My Stats A Look At The Seven Churches Of Revelation As A Prophetic History Of The Church Now that we have looked at the seven churches of Revelation chapters two and three individually I want to look at them from the perspective of prophecy. Please keep in mind as we work through this that even though I believe this gives us a picture of church history, these were letters to seven real churches, and the messages of each of these letters is still applicable to everyone of us today. We need to study and heed the warnings of these letters and apply the principles to our individual lives. In Revelation 22:18-19 we are told that this book is a book of prophecy. Also, if you look back to Revelation 1:11 you will see that Jesus told the Apostle John to “Write in a book what you see, and send it to the seven churches: to Ephesus and to Smyrna and to Pergamum and to Thyatira and to Sardis and to Philadelphia and to Laodicea." A. Ephesus, the first church we looked at, and the first church addressed in Revelation chapter two represents the beginning of the church age. B. C. D. E.