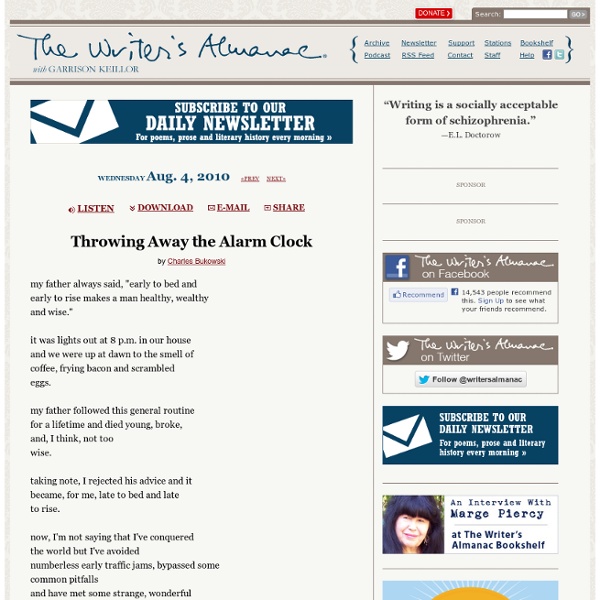 Share my father always said, "early to bed and early to rise makes a man healthy, wealthy and wise." it was lights out at 8 p.m. in our house and we were up at dawn to the smell of coffee, frying bacon and scrambled eggs. my father followed this general routine for a lifetime and died young, broke, and, I think, not too wise. taking note, I rejected his advice and it became, for me, late to bed and late to rise. now, I'm not saying that I've conquered the world but I've avoided numberless early traffic jams, bypassed some common pitfalls and have met some strange, wonderful people one of whom was myself—someone my father never knew. "Throwing Away the Alarm Clock" by Charles Bukowski, from . © Harper Collins, 2004. It's the birthday of the poet , ( books by this author ) born in Sussex, England (1792). And, "Chameleons feed on light and air: Poets' food is love and fame." There's a new biography of President Obama by editor David Remnick. His nickname was "Satchmo." short for "Satchel Mouth."