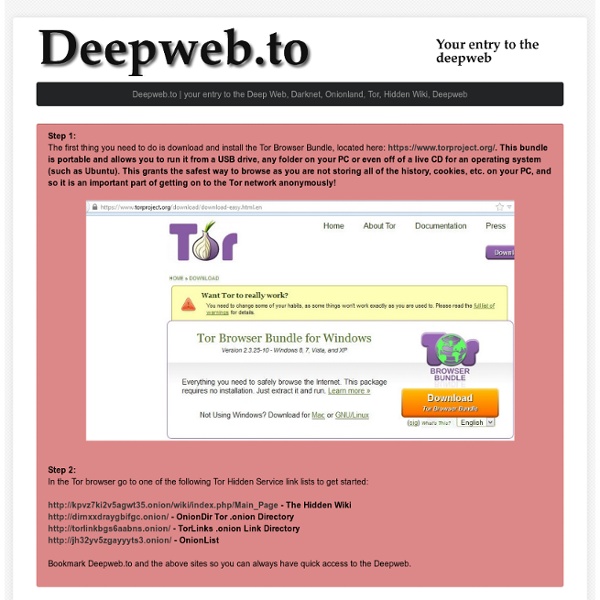 Deep Web Search Engines Where to start a deep web search is easy. You hit Google.com and when you brick wall it, you go to scholar.google.com which is the academic database of Google. After you brick wall there, your true deep web search begins. You need to know something about your topic in order to choose the next tool. To be fair, some of these sites have improved their index-ability with Google and are now technically no longer Deep Web, rather kind-of-deep-web. However, there are only a few that have done so. To all the 35F and 35G’s out there at Fort Huachuca and elsewhere, you will find some useful links here to hone in on your AO. If you find a bad link, Comment the link below. Last updated July 12, 2016 – updated reverse image lookup. Multi Search engines Deeperweb.com – (broken as of Sept 2016, hopefully not dead) This is my favorite search engine. Surfwax – They have a 2011 interface for rss and a 2009 interface I think is better. Cluster Analysis Engine Speciality Deep Web Engines General Books Online

2014/02/09 Memex Aims to Create a New Paradigm for Domain-Specific Search February 09, 2014 New program seeks user-defined, domain-specific search of public information, and plans to use its groundbreaking research to fight human trafficking Today's web searches use a centralized, one-size-fits-all approach that searches the Internet with the same set of tools for all queries. To help overcome these challenges, DARPA has launched the Memex program. “We’re envisioning a new paradigm for search that would tailor indexed content, search results and interface tools to individual users and specific subject areas, and not the other way around,” said Chris White, DARPA program manager. Memex would ultimately apply to any public domain content; initially, DARPA intends to develop Memex to address a key Defense Department mission: fighting human trafficking. Memex plans to explore three technical areas of interest: domain-specific indexing, domain-specific search, and DoD-specified applications. Tweet @darpa

Working Links To The Deep Web Hidden Wikis Index pages in Wiki-based format. The Hidden Wiki - The original Hidden Wiki (after Matt's), owned by ion. Created January 2009. Went down for a while but it's back up now. Other indexes Other places/directories you may be able to find links. OnionBookmark - Keep bookmarks private or share with public. Search engines Google for Tor. Grizzly Search Engine - New search engine. Other general stuff to see Starting places. Tor WebDesign Guidelines - Suggestions to start making your own Hidden Service. Marketplace See also: The separate Drugs and Erotica sections for those specific services. Reviews of the marketplace experience does not belong to the list below. Be wary when using any of these services, especially Commercial. Financial Services Currencies, banks, money markets, clearing houses, exchangers. Banker and Co. - Professional money laundering and consultation service. Commercial Services DiamondsandGold - Sells stolen diamonds and gold. Scams / Likely Scams Hosting Services Other

The Deep Web and Open Source Intelligence (OSINT): Two Peas in a Pod At BrightPlanet we often throw around the acronym OSINT and talk about open source intelligence but what is it, what/if anything does it have to do with the Deep Web and how is it being used? We answer those questions in this post. What is OSINT? For the purposes of this post, we’ll keep the definition of OSINT at a high level. If you want to dig deeper into OSINT, check out a past post of ours focused on OSINT. The term OSINT was first, and still is, employed by government agencies to refer to any unclassified, publicly-available information. The Deep Web and OSINT If you are looking to get your hands on open source intelligence, look no further than the Deep Web. If you want to go beyond the Surface Web information found by Google search, you need to utilize a Deep Web harvest to get more open source intelligence. We often use the example of grants.gov. Using OSINT Organizations often have a handle on the data inside their organization but what about outside of it? Photo: Paul Joseph

Nik Cubrilovic - Analyzing the FBI’s Explanation of How They Located Silk Road. The marketplace was hosted as a hidden service on Tor, a distributed network that provides a layer of anonymity for web and other traffic on the internet. Edward Snowden’s leaks revealed that the NSA target Tor users and that the agency has struggled to deanonymize users on the network. One of the big outstanding issues was how the FBI managed to uncover the real IP address of the server hosting the Silk Road. The indictment is intentionally vague on the details of how the server was discovered, and the issue is important since a large number of users (numbering in the millions) rely on the Tor software network to protect their identity. Last month Ulbricht’s lawyers filed a motion seeking to uncover details on how the FBI located the server. On Friday Wired reported that the FBI had responded with their own filing detailing how they uncovered the server: The government response consists of first the DOJ filing, and then the affidavit from the FBI tech team (PDF). 6. Addendum 1. 2.

100 Search Engines For Academic Research Back in 2010, we shared with you 100 awesome search engines and research resources in our post: 100 Time-Saving Search Engines for Serious Scholars. It’s been an incredible resource, but now, it’s time for an update. Some services have moved on, others have been created, and we’ve found some new discoveries, too. General Need to get started with a more broad search? iSEEK Education:iSeek is an excellent targeted search engine, designed especially for students, teachers, administrators, and caregivers. Meta Search Want the best of everything? Dogpile:Find the best of all the major search engines with Dogpile, an engine that returns results from Google, Yahoo! Databases and Archives Resources like the Library of Congress have considerable archives and documents available, and many of them have taken their collections online. Books & Journals WorldCat:Find items from 10,000 libraries worldwide, with books, DVDs, CDs, and articles up for grabs. Science Math & Technology Social Science History