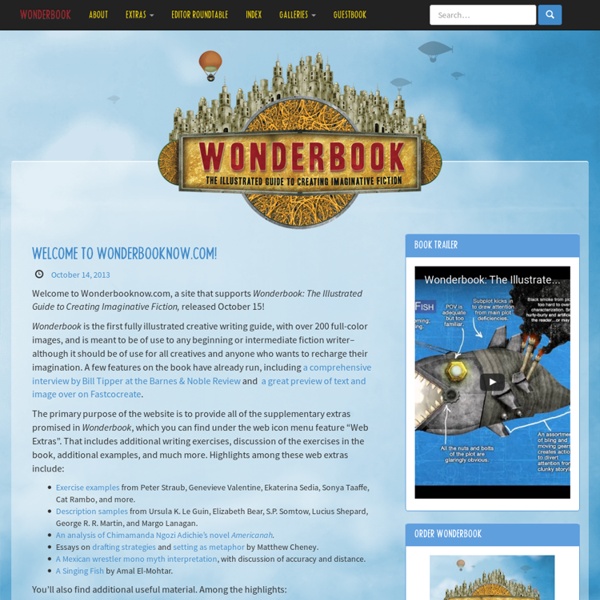 Online Etymology Dictionary Cliche Finder Have you been searching for just the right cliché to use? Are you searching for a cliché using the word "cat" or "day" but haven't been able to come up with one? Just enter any words in the form below, and this search engine will return any clichés which use that phrase... Over 3,300 clichés indexed! What exactly is a cliche? This is Morgan, creator of the Cliche Finder. Or, you might like my crazy passion project: Spanish for Nerds: Learning Spanish via Etymologies! Back to cliches... if you would like to see some other Web sites about clichés? © S. Special thanks to Damien LeriAnd to Mike Senter Morgan's Web page

bouletcorp Writing Genres As students prepare to write, they need to think about the purpose of their writing: Are they writing to entertain? to inform? to persuade? Setting the purpose for writing is just as important as setting the purpose for reading, because purpose influences decisions students make about form. One of the most important considerations is the genre or form the writing will take: a story? © ______ 2010, Allyn & Bacon, an imprint of Pearson Education Inc.

Gödel, Escher, Bach Gödel, Escher, Bach: An Eternal Golden Braid, also known as GEB, is a 1979 book by Douglas Hofstadter. The tagline "a metaphorical fugue on minds and machines in the spirit of Lewis Carroll" was used by the publisher to describe the book.[1] By exploring common themes in the lives and works of logician Kurt Gödel, artist M. C. In response to confusion over the book's theme, Hofstadter has emphasized that Gödel, Escher, Bach is not about the relationships of mathematics, art, and music, but rather about how cognition emerges from hidden neurological mechanisms. Structure[edit] Gödel, Escher, Bach takes the form of an interweaving of various narratives. One dialogue in the book is written in the form of a crab canon, in which every line before the midpoint corresponds to an identical line past the midpoint. Themes[edit] Puzzles[edit] The book is filled with puzzles, such as Hofstadter's MU puzzle. Impact[edit] Translation[edit] See also[edit] Notes[edit] References[edit] Bibliography[edit]

Fiction University amazon.co Review 'A large format coffee table book containing wonderful b/w photos of some of the most famous landmarks around the country' -- The Modern Antiquarian, October 2003 'Corio captures that curious quality of many extraordinary landmarks - that they are simultaneously smaller or larger than you expect' -- The Times, 22nd October 2003 'Looking at David's spectral photographs it's easy to see why these wonderful prehistoric monuments attract so many stories' -- Elle magazine, October 2003 'Megaliths features David Corio's handsome black-and-white photographs... The accompanying text gracefully recounts the legends associated with each site' -- Archaeology magazine, Spring 2004 'This book is probably the most visually appealing of any I've seen on the same subject' -- Amateur Photographer, September 2003 'This fascinating book...sets itself a seemingly overwhelming brief and well lives up to the challenge' -- Royal Photographic Society Journal, October 2003 Book Description