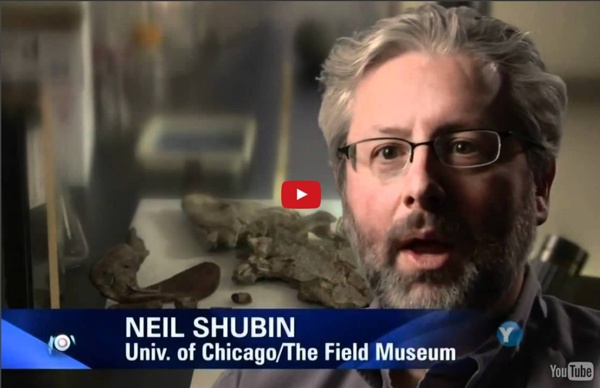 Notes on Data Is Time an Illusion? (Video) “Time has no independent existence apart from the order of events by which we measure it.” —Albert Einstein Surprising as it may be to most non-scientists and even to some scientists, Albert Einstein concluded in his later years that the past, present, and future all exist simultaneously. In 1952, in his book Relativity, in discussing Minkowski’s Space World interpretation of his theory of relativity, Einstein writes: Since there exists in this four dimensional structure [space-time] no longer any sections which represent “now” objectively, the concepts of happening and becoming are indeed not completely suspended, but yet complicated. Einstein’s belief in an undivided solid reality was clear to him, so much so that he completely rejected the separation we experience as the moment of now. The video below discuss multiple theories on time, and perhaps the most important notion to take away is that we all live in our own time. Thanks to HD Universe Channel for this video.

GERALD POLLACK: The Ills of Science | EU 2013 A New Thermodynamics Theory of the Origin of Life Why does life exist? Popular hypotheses credit a primordial soup, a bolt of lightning and a colossal stroke of luck. But if a provocative new theory is correct, luck may have little to do with it. From the standpoint of physics, there is one essential difference between living things and inanimate clumps of carbon atoms: The former tend to be much better at capturing energy from their environment and dissipating that energy as heat. Kristian Peters Cells from the moss Plagiomnium affine with visible chloroplasts, organelles that conduct photosynthesis by capturing sunlight. “You start with a random clump of atoms, and if you shine light on it for long enough, it should not be so surprising that you get a plant,” England said. England’s theory is meant to underlie, rather than replace, Darwin’s theory of evolution by natural selection, which provides a powerful description of life at the level of genes and populations. England’s theoretical results are generally considered valid.

The Science of Why We Don't Believe Science Illustration: Jonathon Rosen "A MAN WITH A CONVICTION is a hard man to change. Tell him you disagree and he turns away. Show him facts or figures and he questions your sources. Appeal to logic and he fails to see your point." So wrote the celebrated Stanford University psychologist Leon Festinger (PDF), in a passage that might have been referring to climate change denial—the persistent rejection, on the part of so many Americans today, of what we know about global warming and its human causes. Festinger and several of his colleagues had infiltrated the Seekers, a small Chicago-area cult whose members thought they were communicating with aliens—including one, "Sananda," who they believed was the astral incarnation of Jesus Christ. Through her, the aliens had given the precise date of an Earth-rending cataclysm: December 21, 1954. Festinger and his team were with the cult when the prophecy failed. Read also: the truth about Climategate.At first, the group struggled for an explanation.

"scientism": Steven Poole takes issue with linguist Steven Pinker's language Sometimes writers feel that the terms of a debate are unhelpful, though not many then take the step of cheerily announcing that they are just going to unilaterally redefine a burdensome word. But that is what the cognitive scientist and linguist Steven Pinker has tried to do. In an essay for the New Republic entitled "Science Is Not the Enemy of the Humanities", Pinker's target for forcible linguistic re‑education is the term "scientism". "Scientism" describes the practice of making wildly inflated claims for what modern science is able to explain, while denigrating other modes of understanding. Pinker affects to not quite understand this usage. Let us pass over in a kind silence Pinker's reference to "flaunting" by "gay activists". Pinker's claim that the word "scientism" currently floats melancholically in a "definitional vacuum" will come as a surprise to lexicographers. Later, "scientism" also denoted an overweening science envy in other disciplines.