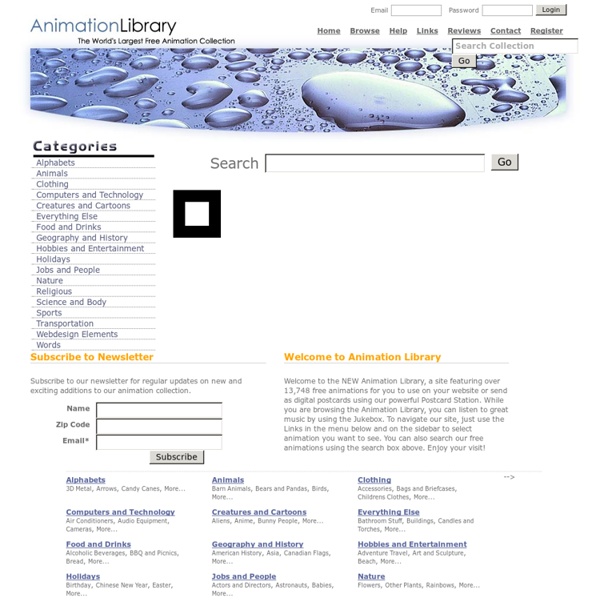 10 Fun Tools To Easily Make Your Own Infographics People love to learn by examining visual representations of data. That’s been proven time and time again by the popularity of both infographics and Pinterest. So what if you could make your own infographics ? What would you make it of? Below are my two favorite infographic-making web 2.0 tools that I highly recommend. Click the name of each tool to learn more! Visual.ly One of the more popular ways to discover infographics, Visual.ly actually just launched a design overhaul of their website. Dipity Want to get a beautifully simply visualization of data over time? Easel.ly I absolutely love Easel.ly. Venngage Venngage (likely named for Venn diagrams) is a double threat. Infogr.am One of the most simple tools, Infogr.am lets you actually import data right into the site and then translate it all into useful visualizations. Tableau Public Made for Windows, Tableau Public lets you (like Infogr.am) bring your actual data into the world of visualzation. Photo Stats What About Me? Gliffy Piktochart

Animation Method of creating moving pictures The bouncing ball animation (below) consists of these six frames. This animation moves at 10 frames per second. Animation is a method in which figures are manipulated to appear as moving images. Commonly, the effect of animation is achieved by a rapid succession of sequential images that minimally differ from each other. Animation is more pervasive than many people know. The physical movement of image parts through simple mechanics—for instance moving images in magic lantern shows—can also be considered animation. Animators are artists who specialize in creating animation. Etymology[edit] The word "animation" stems from the Latin "animātiōn", stem of "animātiō", meaning "a bestowing of life".[2] The primary meaning of the English word is "liveliness" and has been in use much longer than the meaning of "moving image medium". History[edit] Before cinematography[edit] Silent era[edit] After earlier experiments by movie pioneers J. American golden age[edit]

Digital slidebooks for student creativity, self-expression, and imagination - Biteslide Cartoon Story Maker A quick look at the Cartoon Story Maker back to top... Features Features list character and background librariesimport your own imagestext bubbles and information boxesaccent key panelimport voice recordingsbuilt in recorder to add your own voice recordingsunlimited number of framescopy and paste framespreviewprint functionsaved stories can be opened and editedcopy and paste text from other documentshelp files (available online and included in the program) See the for more details. back to top... Cartoon Story Maker in the classroom Teachers can make cartoon stories to model language and cultural conventions.Students can make them as a stimulating and engaging way to practice their language skills. The Cartoon Story Maker has been designed with a focus on applying language learning. Students can: Teachers can: Cartoon Stories can be used: Installation and operation Installation To install and run the Cartoon Story Maker the computer must have the following: Operation Further Information and help

MyStudyBar « What is MyStudyBar? New version released : Go to the Download page to get the latest version of MyStudyBar MyStudyBar is a tool which helps overcome problems that students commonly experience with studying, reading and writing. The tool consists of a set of portable open source and freeware applications, assembled into one convenient package. Easy to install, simple to use, handy and effective, MyStudyBar provides comprehensive learning support at the desktop, where it is needed. And if this is not already attractive enough, a further eye-catching feature of MyStudyBar is that it is completely FREE to download and free to use. Although MyStudyBar is designed to support learners with literacy-related difficulties such as dyslexia, the toolbar can offer potential benefits to all learners. Features of MyStudyBar MyStudyBar puts a whole range of individual and essential tools at your fingertips. Sir Jackie Stewart endorses MyStudyBar MyStudyBar step-by-step guides Introduction to MyStudyBar

Cartoon Form of two-dimensional illustrated visual art Example of a modern cartoon. The text was excerpted by cartoonist Greg Williams from the Wikipedia article on Dr. Seuss. Fine art A cartoon (from Italian: cartone and Dutch: karton—words describing strong, heavy paper or pasteboard) is a full-size drawing made on sturdy paper as a study or modello for a painting, stained glass, or tapestry. Such cartoons often have pinpricks along the outlines of the design so that a bag of soot patted or "pounced" over a cartoon, held against the wall, would leave black dots on the plaster ("pouncing"). Print media Cartoons can be divided into gag cartoons, which include editorial cartoons, and comic strips. Political cartoons Political cartoons are like illustrated editorial that serve visual commentaries on political events. The pictorial satire of William Hogarth is regarded as a precursor to the development of political cartoons in 18th century England. Scientific cartoons Comic books Animation See also

Torrents : Free Audio collection eye The Web Archive of the Internet Archive started in late 1996, is made available through the Wayback Machine, and some collections are available in bulk to researchers. Many pages are archived by the Internet Archive for other contributors including partners of Archive-IT, and Save Page Now users. Other captures are donated to the Internet Archive by other partners such as Alexa Internet. Download or listen to free music and audio This library contains recordings ranging from alternative news programming, to Grateful Dead concerts, to Old Time Radio shows, to book and poetry readings, to original music uploaded by our users. The Internet Archive discovers and captures web pages through many different web crawls. Download or listen to free movies, films, and videos This library contains digital movies uploaded by Archive users which range from classic full-length films, to daily alternative news broadcasts, to cartoons and concerts. by Internet Archive by Community Audio

Thinglink — Make Your Images Interactive Three Good Tools for Building Flipped Lessons That Include Assessment Tools In the right setting the flipped classroom model can work well for some teachers and students. I recently received an email from a reader who was looking for a recommendation for a tool would enable her to add an assessment aspect to her flipped lesson. Here are some tools that can accomplish that goal. eduCanon is a free service for creating, assigning, and tracking your students' progress on flipped lessons. eduCanon allows teachers to build flipped lessons using YouTube and Vimeo videos, create questions about the videos, then assign lessons to their students. Teachem is a service that uses the TED Ed model of creating lessons based on video. Knowmia is a website and a free iPad app for creating, sharing, and viewing video lessons.