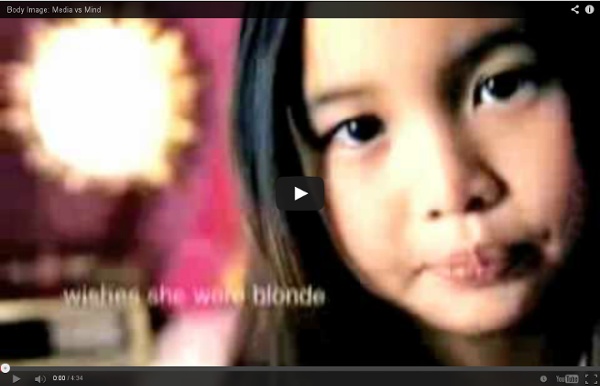 A Guy's Guide to Body Image Listen Al's friend Rachel invited him to go to the lake for the day with her family. Rachel thought Al was fun to be around — plus he was cute. Rachel really hoped he'd say yes. Al turned Rachel down. The Truth About Guys Many people think of guys as being carefree when it comes to their appearance. You may hear a lot about being a tough guy, but how often do you hear that being a guy is tough? The good news is that self-image and body image can be changed. Why Is Body Image Important? Body image is a person's opinions, thoughts, and feelings about his or her own body and physical appearance. Body image is part of someone's total self-image. Listen How Puberty Affects Body Image Although body image is just one part of our self-image, during the teen years, and especially during puberty, it can be easy for a guy's whole self-image to be based on how his body looks. Some guys don't feel comfortable in their changing bodies and can feel as if they don't know who they are anymore. Listen Listen

untitled Body image - Family Lives Teenagers are frequently presented with unrealistic ideals of male and female body types, as models and celebrities fill the screens and pages of the media. These images can lead to expectations and worries around body image, as teens focus on how they feel they should look. Some teens may worry that they are over or underweight or, while others may aim for a toned or muscular appearance that may not come naturally. Why is body image important to teenagers? As teenagers go through hormonal changes and new experiences, their bodies naturally change and grow. Tips on promoting a healthy body image Being a teenager can be a turbulent time. Have a relaxed conversation with your teenager to find out their thoughts on body image and any insecurities they may have about themselves. Remind your teen that the images they see in the media are not representative of reality, and that pictures are often digitally retouched to create a false sense of 'perfection'.

A model uses her success to underscore some important points about image and privilege. It'd be difficult to find a single one of us who hasn't been influenced by advertising and images. It's so subtle that a lot of us could probably even tell ourselves we haven't been influenced because it's like the air we breathe — it's around us constantly and we don't even think about it that much. Case in point — I bet you can finish this slogan without even Googling it: "Choosy moms choose ______." We're constantly absorbing data and impressions from imagery and ads whether we know it or not, and companies pay big money in the race to be the first to push their impressions into our faces. Let model Cameron Russell break it down because she nails it. She's had success as a model for about a decade, and she took to the TED stage to share some unique insight from her journey. Here are three great aha moments she brings to the audience. 1. She came out looking like this, knowing it was going to give a certain first impression. All images from TED/YouTube. "Image is powerful. 2. "Be my boss.

Plus-size model Zach Miko: 'Men want to see normal-looking guys modelling their clothes' | Fashion Zach Miko is 6ft 6in, has a 40in waist, and is the first plus-size male model signed to a major agency, IMG, which looks after models including Lara Stone, Freja Beha and Gigi Hadid. Having modelled for Target, one of the US’s biggest retailers, and soon to be modelling for Yours, one of the UK’s biggest plus-size fashion retailers, the 26-year-old’s signing comes at an interesting time in “plus-size” male modelling. Despite the demand, there are currently no plus-size male models on the books of a major agency in the UK. In Germany, there are three agencies dedicated to plus-size male models, but their remit rarely stretches outside Germany (Miko hails from Connecticut). In menswear, plus-size refers to XL and up (higher than a 42in chest), but can stretch to anyone very tall and well built. You’ve been signed to IMG as its first plus-size or “brawn” male model. There are very few [plus-sized male models] in the US. Why? It’s still a very new thing. What do you mean? Yeah.