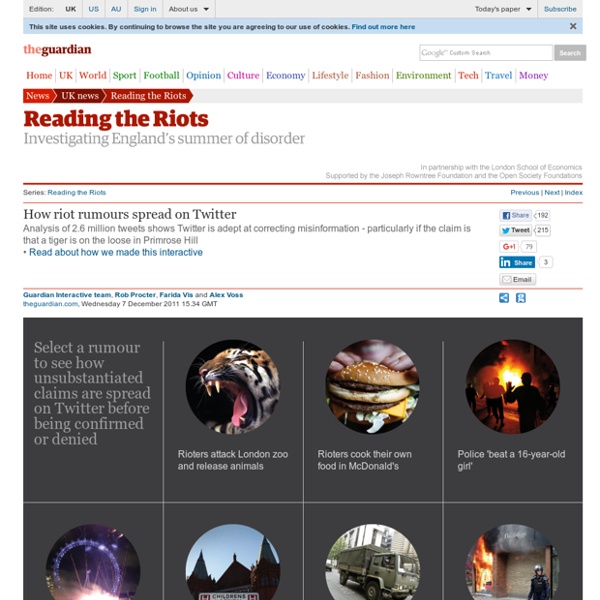 Pheme In Roman mythology, Fama ("rumor") was described as having multiple tongues, eyes, ears and feathers by Virgil (in Aeneid IV line 180 and following) and other authors. She is also described as living in a home with 1000 windows so she could hear all being said in the world. Virgil wrote that she "had her feet on the ground, and her head in the clouds, making the small seem great and the great seem greater." Linguistic associations[edit] The Greek word pheme is related to ϕάναι "to speak" and can mean "fame", "report", or "rumor". The Latin word fama, with the same range of meanings, is related to the Latin fari ("to speak"), and is, through French, the etymon of the English "fame".[1]

5 Common Unconscious Biases That Lead To Bad Decisions Quick decisions save time and energy, but sometimes those knee-jerk reactions lead to bad choices. That’s because biases impact our thinking every day, but few of us even know they exist, says Norma Montague, assistant professor of accounting at Wake Forest University in Winston-Salem, North Carolina. "The word bias has a negative connotation, but it’s most often unintentional and a result of heuristics—mental shortcuts that allow people to make quick, efficient decisions," she says. "Good decisions are often the result, but not always." Biases work well because they’re often systematic and predictable, but problems arise when individuals habitually rely on this method of decision making, excluding or ignoring additional information. While Montague’s research focuses on bias in accounting, her findings apply to any profession.

Apple Finally Learns AI Is The New UI "Most people make the mistake of thinking design is what it looks like," Steve Jobs once said. "That's not what we think design is. It's not just what it looks like and feels like. How Analytics can Define the Future of Education Industry – AnalyticBridge Education continues to play an important role in any country’s overall growth. The education market has become more challenging due to the rapid growth and evolution in the modes of imparting education; schools, colleges, private tuition, online education courses, distance education, test preparations, professional trainings etc. The most concerning factor for universities or educational institutions across the world is student dropout rate, especially in developed countries. Here are some facts based on a research about the student drop out patterns in large economies.

How Emergent founder Craig Silverman is using data to hunt down online hoaxes If anyone can claim to be an expert in online rumors, falsehoods and fakes, it would have to be Craig Silverman, who has written both a book and a blog called Regret The Error and is now a fellow at Columbia University’s Tow Center for Digital Media. But Silverman doesn’t just want to write about online fakery, he wants to help stamp it out, and in order to do so he has launched a data-driven tracker called Emergent, which follows and debunks online hoaxes of various kinds. Silverman is a journalist and former managing editor of PBSMediaShift, as well as a founder of OpenFile, a pioneering Canadian effort at crowdsourced local news (in the interests of disclosure, he is also a friend).