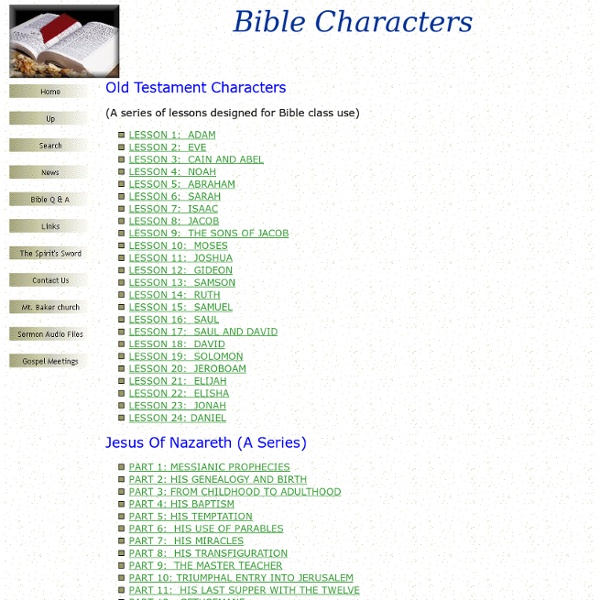 Study Tools "Let them praise the name of the LORD: for his name alone is excellent; his glory [is] above the earth and heaven." Psa 148:13 In the Old Testament times, a name was not only identification, but an identity as well. Many times a special meaning was attached to the name. Who is God to you? Is He your Most High God, All sufficient One, Master, Lord of Peace, the Lord Who Will Provide? Hallowed be Your name? To hallow a thing is to make it holy or to set it apart to be exalted as being worthy of absolute devotion. (el shad-di') All-Sufficient One, Lord God Almighty Use in the Bible: In the Old Testament El Shaddai occurs 7 times. Variant spellings: None TWOT Reference: 2333 Strong's Reference: H7706 El Shaddai in the Septuagint: theou saddai - God Shaddai; pantokratôr (for Shaddai) - the Almighty Meaning and Derivation: El is another name that is translated as "God" and can be used in conjunction with other words to designate various aspects of God's character. (el el-yone') The Most High God

TRUTH Of The Sons Of GOD "Sons of GOD" Let us begin by quoting the two passages in Genesis 6 concerning the "Sons of GOD": "That the sons of God saw the daughters of men that they [were] fair; and they took them wives of all which they chose." [Genesis 6:2] "There were giants in the earth in those days; and also after that, when the sons of God came in unto the daughters of men, and they bare [children] to them, the same [became] mighty men which [were] of old, men of renown." So, the question that is commonly asked by many [Christians and non-Christians alike]: "Who are the "Sons of GOD" of Genesis 6:2,4?" This is a rather rash conclusion, without a much further and deeper consideration of the texts themselves, and for those who already hold that view, please allow for some time to cover the texts most thoroughly. Those who continue to promote that view despite what will be shown here, then do not fully consider the ramifications of their conclusion and what it would mean to the Gospel itself and end-time events.