The History of Visual Communication 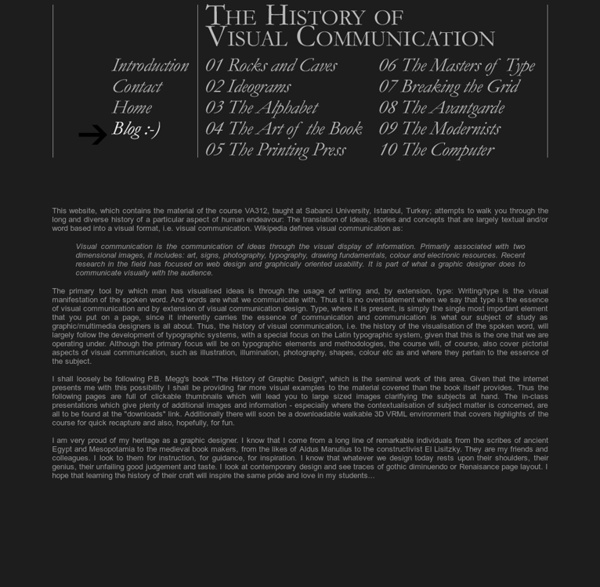 Using Compliments To Control Communication - lifehack.org Over the past few years I have been reading books on personal development, relationships, communication, and the power of manipulation. I took things a step further, when I began to experiment with some of these techniques in real conversations. The thing to remember when your experiments involve other people is to have fun, treat it as a learning experience, and not be harmful or disruptive to other people as you go. The word manipulation is a bit of a taboo, and is often thought of as an act that is devious or scandalous in nature. Let’s take a look at some of the benefits that manipulating or controlling a conversation can provide for us by tapping into the power of compliments. Switch focus. The key to being successful with compliment techniques is to be sincere. If you aren’t sure what I mean, consider the following scenario. The best way for you to see how compliments can be used to control conversations is to take these techniques into the field.

100 Free Open Courseware Classes on Journalism, Blogging and New Media Posted by Site Administrator in Features Mar 2nd, 2009 There was a time when writers and artists were at the mercy of a few decision-makers who said what was published and what was cast aside. The ease of getting your work online has made those days a distant memory. Blogging about your world, reporting what goes on around you, and even publishing your own art is as easy as setting up a blog or purchasing a domain name and creating your own website. New Media and Comparative Media Study everything from blogs and wikis to videogame theory to American pro wrestling and how they affect culture in these classes. Blogs, Wikis, New Media for Learning. Media Arts These classes cover digital art, holographs, HTML, Flash, and more to help you gain a great foundation in the media arts. Media Art I. Technology and Media Art and technology meet in these classes that cover topics such as the anthropology of computing and the evolution of the printed word to digital format. Photography and Photojournalism

Public Speaking | Fear of Public Speaking | Speaking without Fear Speaking Without Fear™ was founded by Morty Lefkoe based on a key factor he found lacking in conventional training and coaching programs If you've tried any form of training or personal development program in the past,you know that the usual philosophy is they teach you what to do and you apply it. And if it doesn't work for you, then you didn't try hard enough. THEY are not accountable for your results. We think that's flat out wrong! So we've developed a new vision and new model for personal development programs that gives you complete accountability. The Accountability Principle: You should only pay for results. The only measure of whether your fear is gone is your self-report. We can afford to take this risk because it's unlikely that you'll want your money back. Proof Of Results We've helped thousands of people throughout the world. Chicken Soup For The Soul Author Jack Canfield has worked with us and said "Morty's got a technique that works like magic." Morty Lefkoe Shelly Lefkoe [top]

Media Studies 2.0 STICKS AND STONES! Have you ever heard the old saying, "Sticks and stones may break my bones, but words will never hurt me!"? How true or false is that statement in your life? I don't know about you, but when I was a kid it hurt when other kids made fun of something I really liked to do. It was even worse when an adult criticized my accomplishments. After a while I began to be less excited about what I liked and tried more to do what others liked. That wasn't very smart, because it hurt worse than sticks and stones......it hurt the real me! WORDS ARE POWERFUL! THE MIRROR! But what happens when you smile at someone, when you take command of the communication, don't they usually smile back? WE ARE WHAT WE SAY WE ARE! WE CALL THE MASTERS, WORDSMITHS! Author's Bio: McGrane Institute, Inc. Bill McGrane is President of the McGrane Institute, Inc. creators of the Making It Happen and Managing The Human Machine Programs.

Why We Must Shift Our Attention from “Save Newspapers” to “Save Society” In 1993 the Knight-Ridder newspaper chain began investigating piracy of Dave Barry’s popular column, which was published by the Miami Herald and syndicated widely. In the course of tracking down the sources of unlicensed distribution, they found many things, including the copying of his column on usenet; a 2,000-person mailing list also reading pirated versions; and a teenager in the Midwest who was doing some of the copying himself, because he loved Barry’s work so much he wanted everybody to be able to read it. One of the people I was hanging around with online back then was Gordy Thompson, who managed Internet services at the New York Times. I think about that conversation a lot these days. The problem newspapers face isn’t that they didn’t see the Internet coming. One was to partner with companies like America Online, a fast-growing subscription service that was less chaotic than the open Internet. Walled-off content would prove unpopular. It was, as it turns out, chaotic.

Communicating Sustainability: It’s Time To Get Emotional Starting this month, Sustainable Brands will bring you a treasure trove of insight, examples and opinions on communicating sustainability, all to help you persuade, motivate, nudge and inspire people and brands to do things differently. That’s a very important goal; once impetus is established people can achieve great things. As Shakespeare wrote centuries ago, "All things be ready if our minds be so." But it’s not a straightforward job. The established heritage isn’t helping either. In the face of these challenges, we’ve got the best solution going, something that has the potential to connect personally and emotionally to every single person on this planet. We're looking forward to seeing what you’ve got. David Willans has been working in sustainability communications for over a decade.

Why the news media became irrelevant—and how social media can help COMMENTARY | September 19, 2009 ‘The Internet didn’t steal the audience, we lost it,’ writes Michael Skoler.‘Today fewer people are systematically reading our papers and tuning into our news programs for a simple reason—many people don’t feel we serve them anymore. We are, literally, out of touch.' (From the Fall 2009 issue of Nieman Reports.) By Michael Skoler Journalists are truth-tellers. Mainstream media were doing fine when information was hard to get and even harder to distribute. Advertisers, of course, footed the bill for newsgathering. But things started to change well before the Web became popular. As discontent grew among the audience, the Internet arrived. Connecting Through Trust The truth is the Internet didn’t steal the audience. Trust is key. Mainstream media are low on the trust scale for many and have been slow to reach out in a genuine way to engage people. Relying on Collective Wisdom Today’s new culture is about connection and relationship. Changing Journalism’s Culture

Communicating Sustainability: How Do We Go From Talking to the Wall to Preaching to the Choir? From our perspective, "brand" is who you are, what you do, how you do it, and only then, how you communicate it. This channel examines how today's leading brands are evolving in the area of sustainability marketing and communications through thought-provoking ads, creative mission marketing, social media campaigns and other successful stakeholder engagement. Thomas Kolster is an experienced keynote speaker and the author of Goodvertising (Thames & Hudson 2012), which highlights how advertising can create value for both brands and the bottom line and do good for people and the planet at the… [Read more about Thomas Kolster] David Willans has been working in sustainability communications for over a decade.

Guide to New Media This is a basic guide to the terms and conditions for hiring writers on new media projects under the 2014 Writers Guild of America Theatrical and Television Basic Agreement (“MBA”). Because the guide is intended for both writers and employers, we have avoided using the legal language of the MBA, and no attempt has been made to restate every contractual detail. If there is any inconsistency between this guide and the provisions of the MBA, the MBA will, of course, prevail. Back to Contents A key gain achieved through the 100-day strike in 2007-08 by the Writers Guild of America (“WGA”) was coverage of writing for new media. “New media” as defined in the WGA Theatrical and Television Basic Agreement (“MBA”), includes all writing for the Internet and mobile devices. The WGA recognizes that many writers and employers working on new media projects may not be familiar with the MBA, of which the new media provisions are now a part. The signatory process is straightforward. 1. 2. 3. Membership