Getting Started with WordPress 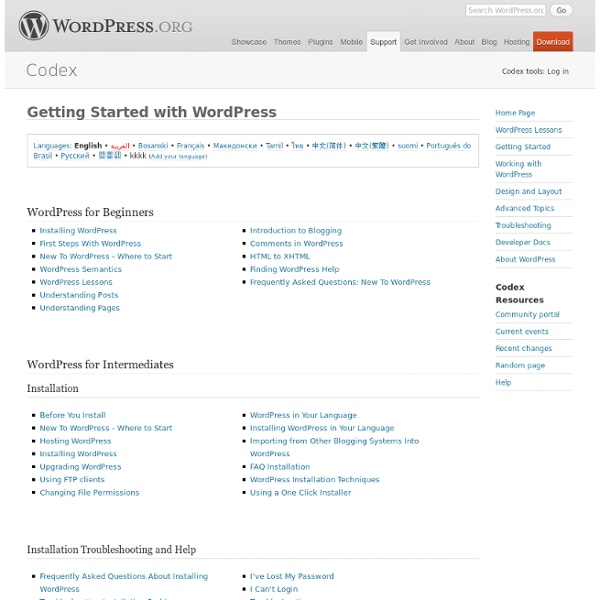 Teaching WordPress to Absolute Beginners Part 1: The Build One of the things that I love to do most with WordPress is to show absolute beginners how to use it . Recently I taught a group of writers how to get to grips with it. The aim was for them all to produce their own author’s portfolios. They ranged in age from around 25 – 60 so it was a pretty diverse group. Their technical ability ranged from someone who had been blogging for years to people who were horrified by the idea of having a blog. During a discussion of Twitter it was mentioned by a few that Twitter is only used by people who wanted to talk about what they had for breakfast. The fact is that there are many people who are put off from using blogs and internet tools more generally for a number of reasons: They don’t understand it They think there’s no future in it (my brother-in-law still thinks that everyone’s going to go back to playing with cup-and-ball instead of X-Boxes!) The great thing about WordPress is that it is easy enough for anyone to use, regardless of skill level.