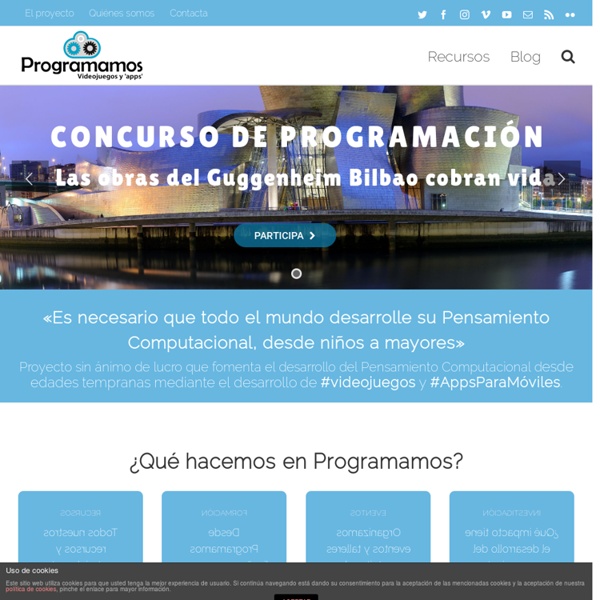 Android UI Design Kit PSD 4.2 [Free Download] In August 2012, Android ICS/JB Photoshop GUI Design Kit 3.0 was published with some new Jelly Bean UI elements, and until today, the Design Kit has been downloaded over 21,000 times since the very first version back in December 2011 – not a huge number, but it is putting a smile on my face. It’s really nice to see there are many designers interested in Android Design and used the Design Kit to kick-start their design work in Android app. A big thank you to everyone that is using the design kit and I really hope it helps in your Android app design workflow in some way. And today, I have finally updated the Android UI Design Kit PSD to version 4.2, with the size of Nexus 4 screen resolution (768×1280), as requested by many supporters. Besides the resolution update, I have also added a few new UI elements into the Design Kit: Cards (Google Now)CroutonDrawer MenuQuick ReturnUndo BarGestures

MIT App Inventor Get Started Follow these simple directions to build your first app! Tutorials Step-by-step guides show you how to create even more apps. Android Studio - DONN FELKER Need Expert Android Help, Fast? I offer On-Demand Android Expert services that help you get the help you need, fast. Click here for more info. Since Google announced an IDE that was based on IntelliJ for Android Development by the name of Android Studiuo I’ve received various emails, texts and calls regarding this app and whether folks should use it. My consensus: YES! Android SDK: Unit Testing with the JUnit Testing Framework In this tutorial, you will learn how to use Eclipse to create an Android JUnit Test Project, create automated unit tests and run them under a variety of conditions. Before You Begin The authors are assuming the reader has some basic knowledge of Android and have all of the tools such as Eclipse and the Android SDK installed and working. The examples given here are engineered to show how the Android JUnit framework can be used to test Android applications. Specifically, this tutorial will show you how to test aspects of an Activity and identify program errors. These errors are determined, but not addressed, as part of this tutorial.

Tutorials This is a collection of various tutorials and guides I’ve found helpful. They are grouped in different categories and each one has a short description. It’s frequently updated and checked for dead links. Getting started with programming A collection of guides and tutorials for learning how to program. From basic to more advanced. Android cheatsheet for graphic designers Graphic designers aren't programmers and sometimes don't know how to properly prepare graphic assets for developers. This simple cheatsheet should help them to do their job better, and to simplify developers' lives. Content [Document] → Content

Amit’s Game Programming Information What’s on this page? I’m interested in producing complexity out of simple parts. This page contains bookmarks that I collected while working on games; I did not write most of the content linked from here. As a result the set of links here reflects the types of things I needed to know: only a few specific topics (not everything related to game programming), general ideas instead of platform-specific information (graphics, sound, compilers), and ideas and designs instead of source code (I find it easier to go from an idea to code than from code to an idea). Other sites, like Gamedev Tuts+, Gamedev, and Gamasutra, cover lots more topics than mine does.

Game Maven from Crunchzilla <h2>Game Maven from Crunchzilla is an interactive tutorial that lets anyone experiment with coding and write a few games.<p> Game Maven from Crunchzilla uses Javascript. Please enable Javascript if you want to play with Game Maven. Chapter 1. First steps Welcome to Oracle VM VirtualBox! VirtualBox is a cross-platform virtualization application. What does that mean? PirateBox Takes File-Sharing Off The Radar and Offline, For Next To Nothing When confronted with a doomsday scenario where mainstream online file-sharing becomes a thing of the past, it's not uncommon for people to refer to days gone by, when files were swapped freely offline using discs and other mediums. Now, an interesting and compact system can deliver the [g]olden days of data swapping with a modern twist, by turning any open space into a wireless and anonymous file-sharing system at a rock-bottom price. With the advent of the personal computer and with it the ability to endlessly copy data, the human desire to share has skyrocketed. Shifting data from A to B, wherever those points may be on a global scale, is now something easily achieved by billions across the world. While the immense capabilities of the Internet has made sending and receiving data child’s play, there are others who find the transfer of bits and bytes across much shorter distances just as fascinating. The PirateBox