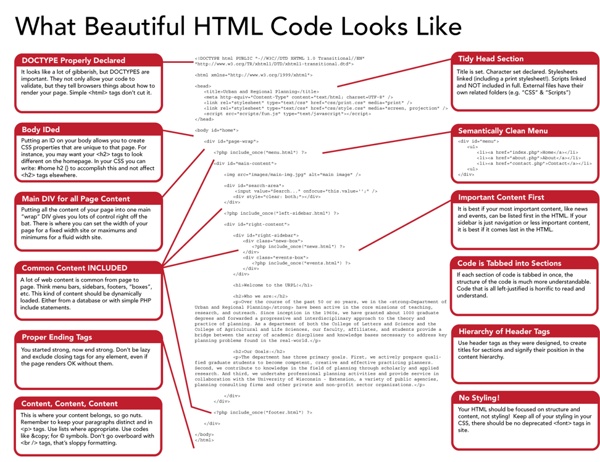 15 sites web developers and designers should know - CatsWhoCode.com Creating a good website isn't an easy task, but there's a few tools that can definitely make your developer or designer life easier. In this article, I have compiled 15 extremely useful website that any web developer or web designer should have bookmarked. ColorCombos When designing a website, one of the firsts (and most important) steps of the process is to choose a color scheme. LIpsum Who doesn’t know the extremely popular Lorem Ipsum text? What the font? You just saw a logo or website using a particular font and you enjoyed it. ConvertIcon Favicons are a must have for any website, mostly because on modern browsers as such as Firefox, it is displayed along with the site name in tabs. BgPatterns background Patterns is definitely one of the current webdesign trends. HTML Encoder Do you display code on your website? Test Everything Sprite Generator CSS Sprites is definitely a great technique to use, mainly because it reduces the number of HTTP requests. Load Impact IconFinder TypeTester CSS Tidy

Learn CSS Positioning in Ten Steps: position static relative absolute float 1. position:static The default positioning for all elements is position:static, which means the element is not positioned and occurs where it normally would in the document. Normally you wouldn't specify this unless you needed to override a positioning that had been previously set. 2. position:relative If you specify position:relative, then you can use top or bottom, and left or right to move the element relative to where it would normally occur in the document. Let's move div-1 down 20 pixels, and to the left 40 pixels: Notice the space where div-1 normally would have been if we had not moved it: now it is an empty space. It appears that position:relative is not very useful, but it will perform an important task later in this tutorial. 3. position:absolute When you specify position:absolute, the element is removed from the document and placed exactly where you tell it to go. Let's move div-1a to the top right of the page: What I really want is to position div-1a relative to div-1. Footnotes 10.

10 Rare HTML Tags You Really Should Know - Nettuts+ Web developers these days are often expected to know and work in multiple languages. As a result, it's tricky to learn everything a language has to offer and easy to find yourself not utilizing the full potential of some more specialized but very useful tags. Unfortunately we haven't been tapping into the full potential of these more obscure HTML tags as of late. But it's never too late to get back into the game and start writing code that taps into the power of some under-used tags. Here are ten of some of the most underused and misunderstood tags in HTML. While they might be less familiar, they're still quite useful in certain situations. 1. All of us will be familiar with the <blockquote> tag, but did you know about <blockquote>'s little brother <cite>? The <cite> tag is really useful for citing bibliographic and other site references. David Allen's breakthrough organization book Getting Things Done has taken the web by storm. 2. Live demo: 3. SEO is full of trickery and magic. 4. 5. 6.

960 Grid System How to Use Dreamweaver CS4&#039;s Templates to Manage and Auto-Update Multiple Pages on Your Website (Chapter 7) Chapter 7: How to Use Dreamweaver's Site Manager by Christopher Heng, thesitewizard.com Dreamweaver CS4's template system not only allows the web designer to create multiple pages on your website using the same basic design, but it is also provides the webmaster an easy way to manage and update a multi-page site. This chapter deals with how you can use that template system to manage your site. Goals of This Chapter By the end of this chapter, you will have accomplished the following: You will have created a template for your site based on the design that you've been working on so far in this Dreamweaver CS4 Tutorial series. Note that if you have not been following this tutorial series, you may find this chapter a bit bewildering, since the information and skills presented here are built upon things taught in the earlier parts. Introduction to Dreamweaver's Template Facility The fact that most (or all) of the pages of a typical website share the same design is not accidental. Next Chapter

456 Berea Street: Articles and news on web standards, accessibil Javascript code prettifier Languages : CH Setup Download a distribution Include the script tag below in your document <script src=" See Getting Started to configure that URL with options you need. Usage Put code snippets in <pre class="prettyprint">... For which languages does it work? The comments in prettify.js are authoritative but the lexer should work on a number of languages including C and friends, Java, Python, Bash, SQL, HTML, XML, CSS, Javascript, Makefiles, and Rust. Other languages are supported via extensions: If you'd like to add an extension for your favorite language, please look at src/lang-lisp.js and file an issue including your language extension, and a testcase. How do I specify the language of my code? You don't need to specify the language since prettyprint() will guess. <pre class="prettyprint lang-html"> The lang-* class specifies the language file extensions. It doesn't work on <obfuscated code sample>? Yes.

Top 12 Ruby on Rails Tutorials A former student asked me a few days ago how I learned Ruby on Rails. The answer was that I simply read alot of great tutorials. So in the spirit of sharing, here are the 12 tutorials that I found most useful: Rolling with Ruby on Rails – Curtis Hibbs of ONLamp.com offers his first excellent introduction to Ruby on Rails. This is the article that got me really excited about RoR.2. Hey, Ruby on Rails Fans! UPDATE, JUNE 2009: Want more up-to-date tutorials on Ruby programming? Happy Rails developing and if you have any other tutorials that you’d like to share, please leave them in the comments! Tagged as: ruby on rails, tutorial