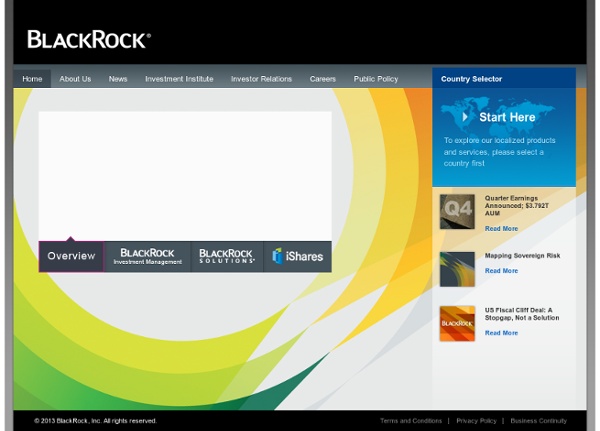 BlueCrest Capital Management (UK) LLP AEW Capital Management SAC Capital Advisors Un article de Wikipédia, l'encyclopédie libre. Portail de la finance Wells Fargo - Personal & Business Banking - Student, Auto & Home Loans - Investing & Insurance Tiger Management Tiger Management Corp., also known as "The Tiger Fund," was a hedge fund founded by Julian Robertson. The fund began investing in 1980 and was closed in March 2000. History[edit] With $10.5 billion of assets under management in 1997, it was the second largest hedge fund in the world at the time.[10] Its holdings climbed to $22 billion in 1998. Tiger's largest equity holding at that time was U.S. Aftermath and legacy[edit] The Wall Street Journal reported in June 2010 that Robertson was considering reopening his firm to outside investors. One of the seeded funds is Tiger Global Management, LLC.[18] It is based in New York near the original Tiger office, with managing partner Charles Payson Coleman III (known as Chase Coleman).[19] Coleman was estimated to be the most profitable hedge fund founder in 2011.[20] References[edit] External links[edit]

Greenlaw Verrazzano Capital Partners Heyday | Buildings | HEYDAY HOMES: Ellenwood by Kevin 08/17/11 We have sold the 19 home development at Ellenwood Drive to Pulte Homes, one of the largest homebuilders in the nation. It was a very difficult decision for us for numerous reasons. As a small, local developer it is hard for us to sell a project to a larger developer. But our core belief is that the largest impact we can have is to work with other developers intent on following similar principles to ours. We also felt a sense of obligation to Eagle Rock to see the project through to the end. So now, due largely to the success of Rock Row, the flood gates have opened. Moving forward, we are using the proceeds from the sale to invest in numerous smaller projects throughout northeast Los Angeles. →Plans Submitted to Building Department Kevin 02/25/11 After a long, strange trip the first plan has been submitted to the building department. →Entitlements Approved

NuWave | Investment Management Caruso Affiliated GMO LLC - Home GMO is a global investment management firm committed to providing sophisticated clients with superior asset management solutions and services. We offer a broad range of investment products, including equity and fixed income strategies across global developed and emerging markets, as well as absolute return strategies. Our client base includes endowments, pension funds, public funds, foundations and cultural institutions. GMO is a private partnership that employs more than 550 people worldwide. Our global offices include the firm's headquarters in Boston and offices in San Francisco, London, Amsterdam, Zurich, Singapore, and Sydney. To read GMO's 4Q 2013 Letter, which contains Jeremy Grantham's "Year-End Odds and Ends" and Ben Inker's "Divesting When Discomfited," please click the blue highlighted link. (To open file, please ensure you have the most recent version of Acrobat Reader installed.) Other recent commentary available to the public can be found by clicking on the links below: