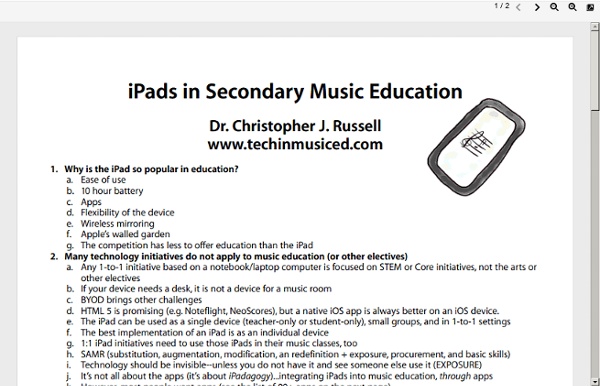 The Vinyl Years - A history of the music industry : 1950's | Vinyl Years | 1940's | 1950's | 1960's | 1970's | 1980's | 1990's | A history of the music industry : 1950's As our journey continues into the 1950's several important standards were set in the production and distribution of vinyl recordings. In 1950 RCA introduced the first 12 inch LP, followed in 1951 by the introduction of the 7" single. Both standards that still exist for vinyl recordings to this day. So with the birth of Rock 'n' Roll, the new standard of the 7 inch single would become the iconographic image around which the new Rock 'n' Roll music took it's physical form. In 1953 Elvis made his first studio recordings, cutting a personal disc in the now infamous Sun Studios in Memphis. With The BBC beginning broadcasting in FM for the first time in 1955 and stereo vinyl becoming the dominent media of all recorded music, the new era of Rock 'n' Roll saw in a new era of quality in music delivery. << Back to the 1940's | On to the 1960's >>

1960's Music Decade Overview 1960's Music played in the 60's Bands groups singers memories from The People History Site The 1960's were a time of upheaval in society, fashion, attitudes and especially music. Before 1963, the music of the sixties still reflected the sound, style and beliefs of the previous decade and many of the hit records were by artists who had found mainstream success in the 1950s, like Elvis Presley, Ray Charles, Dion, and The Everly Brothers. In 1963 and the years to follow, a number of social influences changed what popular music was and gave birth to the diversity that we experience with music today. The assassination of President Kennedy, the escalation of the war in Vietnam and the forward-progress of the Civil Rights Movement all greatly impacted the mood of American culture and the music began to reflect that change. The "British Invasion" also began around 1963 with the arrival of The Beatles on the music scene and the type of rabid fandom that followed them would change the way people would view and interact with music and musicians forever. British Invasion Motown and R&B

A Brief History of Punk The Foundations of Punk Rock The beginnings of punk rock are often furiously debated. This is partially because everyone has different definition of punk rock, and partially because its foundation stones are found in several places. "Punk Rock" was originally used to describe the garage musicians of the '60's. Bands like the Sonics were starting up and playing out with no musical or vocal instruction, and often limited skill. The mid to late '60s saw the appearance of the Stooges and the MC5 in Detroit. The Velvet Underground is the next piece in the puzzle. The final primary influence is found in the foundations of Glam Rock. New York: The First Punk Rock Scene The first concrete punk rock scene appeared in the mid '70s in New York. The bands were unified by their location, camaraderie, and shared musical influences. While the New York scene was reaching its heyday, punk was undergoing a separate creation story in London. Meanwhile, Across the Pond Enter The Bromley Contingent

The Scooterist: Youth Culture - Mods & Rockers 1960s - 1970s Youth Culture - Mods - Late 1950s to Mid 1960s Mod (from modernist) is a subculture that originated in London, England in the late 1950s and peaked in the early-to-mid 1960s. Significant elements of the mod subculture include: fashion (often tailor-made suits); pop music, including African American soul, Jamaican ska, and British beat music and R&B; and Italian motor scooters. The original mod scene was also associated with amphetamine-fuelled all-night dancing at clubs. From the mid-to-late 1960s onwards, the mass media often used the term mod in a wider sense to describe anything that was believed to be popular, fashionable or modern. There was a mod revival in the United Kingdom in the late 1970s, which was followed by a mod revival in North America in the early 1980s, particularly in Southern California. Coffee bars were attractive to youths, because in contrast to typical British pubs, which closed at about 11 pm, they were open until the early hours of the morning.

Anti-war protest songs of the 60s and 70s The Vietnam war was a dominant musical theme in the '60s and '70s. Anti-war songs were much in evidence at the Woodstock festival in 1969, and were an integral part of virtually ever anti-war protest march and rally. Many of these songs were banned from mainstream radio stations, but found the perfect audience on the the so-called "underground" or "alternative" FM stations that played the albums that became what we know today as classic rock. I think these are some of the best examples of the many anti-war protest songs of the era. You're invited to add yours to the list. "2 + 2 = ?" Capitol Records All I know is that I'm young and your rules they are old If I've got to kill to live Then there's something left untold I'm no statesman I'm no general I'm no kid I'll never be It's the rules not the soldier That I find the real enemy Allmusic calls it "a ferocious antiwar song." Listen to "2+2=?" "21st Century Schizoid Man" - King Crimson Discipline Us Listen to "21st Century Schizoid Man"

Mix Music Education » Tutor info Tutor information Welcome to our tutor page! We’ve tried to pack as many resources in here as we can. Mix Music Education works with schools all over the UK to develop world-class resources. Access those free in our downloads section on the right side of this page. Learn to play the JamPod™ way Gives you a manipulatable band, ideal for full class work and a great resource for students just starting to play in a band. Our award winning, trademarked system allows large groups of students to access instruments that inspire and engage. Our latest project transforms traditional Music IT Suites to create an environment loved by students and teachers alike. Japanese drumming teaches performance, timekeeping and discipline whilst being loved by all who participate. We work with some of the best practitioners in the UK to help deliver bespoke training. admin / December 6th, 2013 / no comments This question, at present, seems to be on many peoples minds. Dan Jones / October 2nd, 2013 / no comments

Microphone Basics - The Music Espionage - The Music Espionage Here are just a few basic things to remember about microphones, this tutorial will cover Microphone Basics and what you should really start thinking about before you begin again recording. Microphone Selection All microphones have different characteristics and you should experiment with them to see which ones you prefer. A microphone is an example of a transducer, a device that changes information from one form to another. Condenser Microphone Wide, extended and generally more linear frequency responseDetailed, clear sound with good high frequency responseSensitive with good transient responsePhantom powered (+ 48 V)Fragile so handle with care! Dynamic Microphone More colouration in the frequency responseGood for high SPL’s (high volume)Slow transient responseRobust and reliableQuite low output needing high gain at mixerLow level of performer handling noise Quick Tip for Drums For the drum kit ‘overheads’ it is appropriate to use two identical condenser microphones. The Basic Bits Cardioid