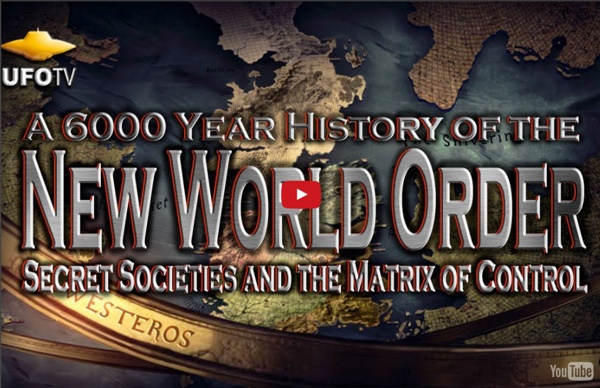 You'll never think the same way again. . . The Revelation The Real Matrix: Freemasonry There is more to this "Clever System" than meets the eye. It is called "Freemasonry." Freemasonry is linked to Satanism, however, not all Masons are evil or have evil intentions. In fact, a majority of them are mislead and kept in the dark as to what the true agenda is. Superior Masons deliberately lie to their fellow Masons, as those Masons "deserve to be mislead." So we see that Freemasonry deliberately misleads its members. Freemasonry is a worship of Lucifer by the top 5% of all Masons. Freemasonry is the secret organization famous for its use of Christianity as a tool for control. Below are quotes written by high level Masons praising Lucifer with references: "The Mysteries Of Magic' by Eliphas Levi "What is more absurd and more impious than to attribute the name of Lucifer to the devil, that is, to personified evil. 'The Book Of Black Magic' by Arthur Edward Waite 33° "First Conjuration Addressed to Emperor Lucifer. "Lucifer, the Light-bearer!

The New World Order (Page 1) Find on this web site. Donations [Make a donation and collect the BONUSES!] - I have noticed that I have had to neglect some things in life that are very important to me and others, while working hour after hour on my website. Therefore I ask you, kind visitor, for a donation, so I can spend the same amount of time, and more, on research, and less time trying to manage my finances. - - by Wes Penre, Jan 01, 2006 - (Go To "The New World Order Page 2") Merry Christmas Jingle Bells Christ is born and the devil’s in hell hearts they shrink Pockets swell Everybody know and nobody tell Little Wheels Spin and Spin Big wheels turn around & around (4x) Oh the sins of Caesar’s men cry the pious citizens who petty thieve the 5 & 10s and the big wheels turn around and around Little Wheels Spin and Spin Big wheels turn around & around (4x) Swing your girl fiddler say Later on the piper pay Do see do, swing and sway Dead will dance on judgement day - Buffy Sainte-Marie, "Little Wheels Spin and Spin"

Real UFOs - The latest UFO videos and News from all over the world ufo video photos ovnis ufos ovni: Underground Pyramid ET Base in Nome, Alaska? I highly recommend you take time to listen to this interview on Coast 2 Coast AM, where Linda Moulton Howe talks about the possibility of a pyramid, underground in Nome Alaska. The story eerily reminds me of the Artic ET base from the XFiles movie. Linda's investigative work on this is exceptional, as it has been over the last decade. For further reading, visit her website Earthfiles.comInvestigative reporter Linda Moulton Howe shared the latest Earthfiles news on heat, drought, fires, the electric universe, and a mysterious pyramid structure that may exist in Alaska :Please fast forward on the video to 1:17:50 for the story: The story:In a two-part report, Linda interviewed retired U. Continue reading this at Earthfiles Note: If someone could point out the correct Latitude settings on google earth for the Pyramid that would be great! c2c, earthfiles, ets, linda, underground bases, Rate this posting: (rating: 0 | 0 votes | 5301 views)

Hermetic Order of the Golden Dawn The three founders, William Robert Woodman, William Wynn Westcott, and Samuel Liddell MacGregor Mathers were Freemasons and members of Societas Rosicruciana in Anglia (S.R.I.A.).[5] Westcott appears to have been the initial driving force behind the establishment of the Golden Dawn. The Golden Dawn system was based on hierarchy and initiation like the Masonic Lodges; however women were admitted on an equal basis with men. The "Golden Dawn" was the first of three Orders, although all three are often collectively referred to as the "Golden Dawn". Influences[edit] Influences on Golden Dawn concepts and work include: Christian mysticism, Qabalah, Hermeticism, Ancient Egyptian religion, Theurgy, Freemasonry, Alchemy, Theosophy, Astrology, Eliphas Levi, Papus, John Dee & Edward Kelly, Enochian magic, and Renaissance grimoires, as well as Anna Kingsford & Frederick Hockley. History[edit] Cipher Manuscripts[edit] According to the records of the Order, the manuscripts passed from Kenneth R. J.W.

Who Runs The World? » Purchase: Amazon US or Barnes & Noble | UK or Waterstones » Download: Apple iBook | Kindle (UK & US) » See inside For more graphics, visualisations and data-journalism: Visitors Among Us KNIGHTS OF MALTA Homepage The Knights of the Order of St. John of Jerusalem (to give their full name) were formed long before their reign on Malta. The Order was originally established in 1085 as a community of monks responsible for looking after the sick at the Hospital of St. John in Jerusalem. They later became a military order, defending crusader territory in the Holy Lands and safeguarding the perilous routes taken by medieval pilgrims. The Knights came to Malta in 1530, having been ejected from their earlier home on Rhodes by the Turks in 1522. Having chosen Malta, the Knights stayed for 268 years, transforming what they called 'merely a rock of soft sandstone' into a flourishing island with mighty defences and a capital city coveted by the great powers of Europe. The Order was ruled by a Grand Master who was answerable only to the Pope. I The first rector of what was to become known as the "Order of the Hospital" was the Blessed Gerard. Thus did the Order become known as the "Order of Malta."

Diabolic - Truth Pt.2 Lyrics The Ancient Ruins Of South Africa - Adamscalendar Mystery! : Ancient Mysteries I'm well aware that there are some posts spread on the forum about these extraordinary ancient ruins in and around the South Africa region. My idea was to combine some earlier posts, by Kris75 & Cricketine's with some of my own findings... I hope you will enjoy and participate in the thread, and my tip is too listen at least the first few parts from the * Coast to Coast broadcast that Kris 75 posted > It is well worth it when going on into some of these subjects. * I have heard before of The Adamscalendar and the Tens of Thousands other ancient ruins, but today the connection for me came a little closer to understanding... These mysterious ancient ruins consist of dwellings, forts, temples roads, irrigation systems and agricultural terraces that cover thousands of square kilometres. Southern Africa holds some of the deepest mysteries in all of human history. These circular ruins are spread over thousands of square kilometres.

A History of the Knights Templar and Their Involvement with the Priory of Sion By Tracy R. Twyman Originally written for Dagobert’s Revenge Magazine, Copyright 1998 (Does not necessarily represent author’s current viewpoint.) According to chroniclers of their early years, the Knights Templar were founded in 1188 by Hughes de Payen, a vassal of the Count of Champagne. For the next nine years they admitted no new members to their order — strange since the nine founding members hardly seem like they would have provided an adequate number of staff to protect all of the roads to the Holy Land. to suspect that he had been silenced by the royal muzzle to cover up for the Templars’ actual activities — excavating the Temple Mount. During their first nine years they became famous throughout Europe as the selfless “Militia of Christ.” As their fame grew, so did their ranks, and thus, their property holdings. Their political influence spread in direct proportion to their huge banking operation. However, not all Templars were arrested. The fate of the arrested knights varied.