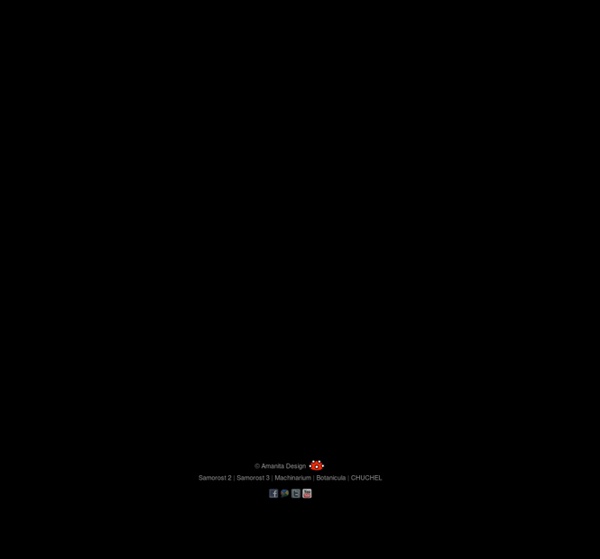 Great Gaming/Learning Quotes The Serious Games listserv has a great thread running right now asking for folks to submit their favorite gaming/learning quotes. One example from Katrin Becker's site: "Anyone who makes a distinction between games and learning doesn't know the first thing about either." - Marshall McLuhan There are more (many more) so what I'll do is add them to the continuation of this post (those that don't have homes on the Web) and I'll include the links to those that do here.

The Playful Learning Wiki / Play Quotes Pages in this wiki: Home, Play Theories, Designing for Play-Based Learning, Bib/Webography, Quotes Note: The following quotes are culled from the Strong National Museum of Play and other miscellanous places. It is a happy talent to know how to play. Ralph Waldo Emerson Doctor Who's 50th Anniversary The Doctor Who doodle started life as a request from a huge fan at Google. It seemed daunting- 11 Doctor's, 50 years of adventures, countless enemies and time travel! But we loved the idea of science fiction, technology and fun coming together, so we set about creating a multiple level game. The game was always a simple premise- those dastardly Daleks have stolen the Google letters and we need Doctor Who to retrieve them. Artists don't make games, programmers do. I provided the designs and various pieces of animation but without the engineers the game would only exist in another dimension!

The Clockwork Man 2: The Hidden World - Hidden Object Adventure - Total Eclipse “On the whole, I found the game very enjoyable and spent many hours having fun while I played it. I also liked the Steampunk setting very much.” - Anja from Germany “My husband and I sat curled up on the couch and played together and really enjoyed ourselves. I thought it was a GREAT game and I think that you all did a FABULOUS job!” - Allison from Germany CyberMage: Darklight Awakening for DOS (1995 Description In the year 2044 AD, world governments have fallen apart and the Earth is ruled by ruthless corporations doing anything for profit. However, rebels are fighting against corporate control all over the planet.

Digital Play In the University of Bristol’s Education Endowment Foundation‘s recent study on Neuroscience and Education, (Howard-Jones, 2014), there is an interesting section on Learning Games. Classroom practice and neuroscientific research The review ”considers the extent to which insights from the sciences of mind and brain influence, or are close to influencing classroom practice”, summarising “existing evidence about approaches and interventions that are based, or claim to be based, on neuroscience evidence.” FPS-Man Check your security settings Connection issues are typically caused by security settings on your network or computer. Check that your firewall or router has port 5222 open and allowing traffic. If you are on a school or office network, you may need to contact your network administrator to make the necessary changes.

About Mobygames The Quick Answer: MobyGames is a historical archive, documentation, and review project for all electronic games (computer, console, and arcade). We have two specific goals: To store a diverse array of information about games, who created them, what their system requirements are, what their game screens look like, etc., all browseable via an easy-to-use, hyperlinked interface.To let the public contribute to each entry in the database, whether it be with new entries, additional information, simple ratings, or detailed reviews. Let’s Play! 20+ Sites for Young Learners Part of the Cool Sites series Sometimes, the teachers of young learners get a bad reputation for playing all day in their classes. Let me tell you a secret.