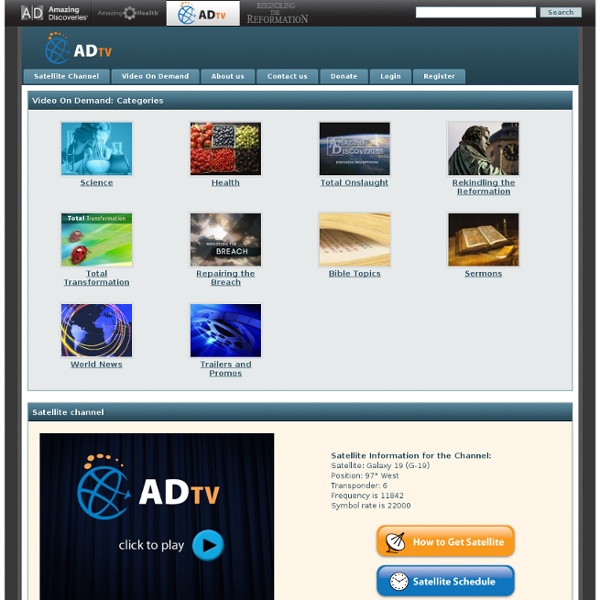 Amazing Facts - Christian Media Ministry Home - Gospel Harvest Software Ridiculous KJV Bible Corrections - 1 John 5:7 Scams by John Hinton, Ph.D. jhinton@post.harvard.edu 1 John 5:6-8 KJV 6 This is he that came by water and blood, even Jesus Christ; not by water only, but by water and blood. And it is the Spirit that beareth witness, because the Spirit is truth. 7 For there are three that bear record in heaven, the Father, the Word, and the Holy Ghost: and these three are one. 8 And there are three that bear witness in earth, the Spirit, and the water, and the blood: and these three agree in one. This is one of the most hated passages in the Bible by apostates of almost every kind, including Jehovah Witnesses, liberal churches, New Agers, and all other proponents of the Westcott-Hort pseudo-text. Peterson's Message seems to have translated an apostate commentary rather than a perverted Greek text of 1 John, but what should we expect from this New Age devil. "... This article would be quite huge if I listed all the foreign perversions of the verses, so I'll suffice by presenting the French Louis Segonde.

666 Truth > Home 365 Messianic Prophecies 1. Genesis 3:15.....Seed of a woman (virgin birth).....Luke 1:35, Matthew 1:18-20 2. Genesis 3:15.....He will bruise Satan's head.....Hebrews 2:14, 1 John 3:8 3. And for leap year, you can have Psalm 21 as a Messianic Hymn and David's praise. God is Spirit and Light. List Derived from below: Jimmy Swaggart Study Bible 1 John 5:7-8 Aleph - Sinaiticus - Fourth Century B - Vaticanus - Fourth Century A - Alexandrinus - Fifth Century These three manuscripts are the primary manuscripts where 1 John 5:7-8 have been corrupted. There are many other later manuscripts which are ancillary to these three because they were copied from them. Like begets like and when you copy from a corrupted manuscripts the lineage of corruption will continue. 1 John 5:7-8 has been attacked by the pro modern version crowd as being a scribal addition later on in years. However, 1 John 5:7-8 is found in the Old Latin Vulgate and Greek Vulgate (90-150 A.D.), plus the Syriac Peshiito (150 A.D.) Dr. Erasmus was a Greek scholar who was used of the Lord mightily as a precursor to the Reformation. Some of the other evidences where 1 John 5:7-8 can be found are as follows: Some Syriac Peshitto manuscripts, The Syriac Edition at Hamburg, Bishop Uscan’s Armenian Bible, the Armenian Edition of John Zohrob, the first printed Georgian Bible.

Prophetic Chart Mainly two divergent views of how to interprete critical Bible prophecies are being taught among the numerous Christian churches. These views are the ... Preterists (main stream Protestant churches), and the Futurist views (some Catholics). The third view, the Historicist View is mainly taught only by SdAs Which view should be retained? Jesus endorsed the `year for a day' principle: "... Four Significant Events are Located by this Great Prophetic Period: (1) The first advent of Christ, (2) the crucifixion, (3) the rejection of the Jewish people as a nation, (4) the beginning of the work of the final judgment to get God's people (His spiritual Israel) ready "to meet Thy God." between 553-539 BC, his 3rd year was 550 and Darius the Mede's 1st year was 539 BC when he was 62 years old, Dan. 5:31. The "ram" power which Daniel had been told was a representation of "the kings of Media and Persia" (Dan. 8:20), was now a reality, the year was 538 BC.

Hebrew Alphabet The Hebrew and Yiddish languages use a different alphabet than English. The picture below illustrates the Hebrew alphabet, in Hebrew alphabetical order. Note that Hebrew is written from right to left, rather than left to right as in English, so Alef is the first letter of the Hebrew alphabet and Tav is the last. Letters of the Alefbet Table 1: The Hebrew Alphabet If this sounds like Greek to you, you're not far off! The "Kh" and the "Ch" are pronounced as in German or Scottish, a throat clearing noise, not as the "ch" in "chair." Note that there are two versions of some letters. Vowels and Points Like most early Semitic alphabetic writing systems, the alefbet has no vowels. However, as Hebrew literacy declined, particularly after the Romans expelled the Jews from Israel, the rabbis recognized the need for aids to pronunciation, so they developed a system of dots and dashes called nikkud (points). Table 2: Vowel Points Most nikkud are used to indicate vowels. Vowel points are shown in blue.

1 John 5:7 (Johannine Comma) - "These Three are One" (Trinity/Godhead) The following is an excerpt from Dr. Thomas Holland's Crowned With Glory, ©2000, used with permission. "For there are three that bear record in heaven, the Father, the Word, and the Holy Ghost: and these three are one." The passage is called the Johannine Comma and is not found in the majority of Greek manuscripts. The External Support: Although not found in most Greek manuscripts, the Johannine Comma is found in several. While the Greek textual evidence is weak, the Latin textual evidence for the Comma is extremely strong. In that place particularly where we read about the unity of the Trinity which is placed in the First Epistle of John, in which also the names of three, i.e. of water, of blood, and of spirit, do they place in their edition and omitting the testimony of the Father; and the Word, and the Spirit in which the catholic faith is especially confirmed and the single substance of the Father, the Son and the Holy Spirit is confirmed. [3] . . .

The Human Nature of Christ -- Revisited Dennis Priebe There are some subjects that people just don't like to talk about. Even when they are appropriate for discussion, they are carefully avoided. Old Issues Ongoing "While there is a profound fatigue within the Adventist soul when it comes to such discussions and the tensions and divisions they tend to bring, there is also a compelling significance to aspects of the dialogue. "First, there is Roy Naden's doctrinal study, 'The Nature of Christ: Four Measures of a Mystery.' "Given these articles, we felt it would be both helpful and interesting to republish an insert...that Ministry first presented 33 years ago in its October 1970 issue. "While volumes of water have passed under the theological bridge of our Church since 1970, we at Ministry find ourselves in basic agreement with the positions that were taken on the issues discussed by the three essayists in this insert.... Four Basic Issues "Unlike us in our sinful state, Jesus had not the slightest inclination or desire to sin."

Hebrew Glossary Then name Ashkenaz (Bereishit 10:3) has since the 10th century been identified with Germany. As the German and French Jews of the medieval period formed a uniform group in culture and religious customs, they were all referred to as Ashkenazim in contradistinction to the Sefardim or Spanish- Portuguese Jews. Ashkenazim are the people who use Nusach Ashkenaz, the prayer arrangement adopted by the medieval Franco-German Jews, including certain variations described as belonging to the Polish custom (Minhag Polin). The Ashkenazim in Eastern Europe developed an intense religious life, disseminating Talmudic scholarship among the people to a degree never before surpassed in Jewish history. Chasidim and Mithnaggedim and followers of the Haskalah movement (Maskilim) presented a changing pattern of types, trends and ideologies. The vitality of the Ashkenazim still dominates wherever they are transplanted.