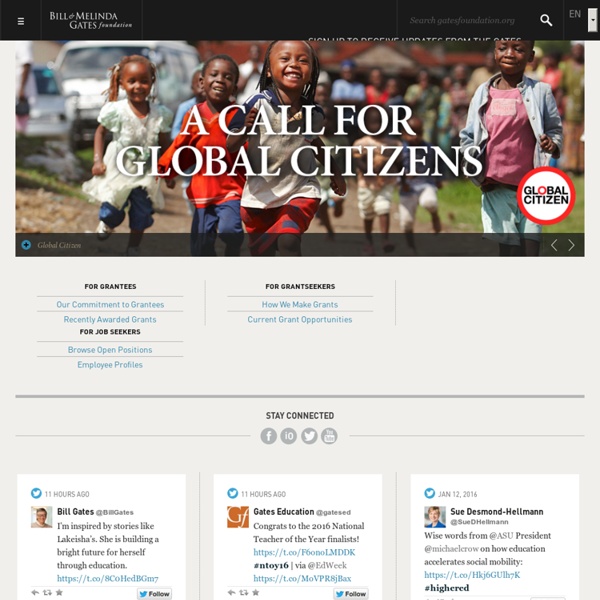 Organic Management of Soil and Crop Nutrition - Department of Environment and Primary Industries Australia’s National Standard for Organic and Bio-dynamic Produce states ‘ The fertility and the biological activity of the soil must be maintained or increased …’ and ‘ A high or routine use of off-farm inputs is not encouraged by this Standard ’. This sets the scene for organic farmers - maintain or improve soil health, and rely on on-farm resources as much as possible. Soil management is addressed over two factsheets in this series. Organic crop nutrition The organic farmer’s approach to crop nutrition is to 'Feed the soil, not the plant', and so mimic natural soil development and nutrient cycling. Natural nutrient cycling relies on soil biological activity, contrasting with the conventional approach where water-soluble nutrients are applied for direct uptake by the crop. Nutrient budgets & ‘closed systems’ Soil & plant analysis Some organic standards require periodic soil analyses to monitor trends in soil organic matter and nutrient levels and other important factors. Nitrogen (N)

The New Horse-Powered Farm Featured in The New York Times Across the nation, farmers are returning to an age-old technology that’s at the cutting edge of sustainable agriculture: horse-power. Why? Simple. It’s better for the land, and better for the soul. Author of The New Horse-Powered Farm Stephen Leslie, says it best in his The New York Times profile: “From an ecological standpoint, it’s just so clean, versus burning fossil fuel, and the compaction you get with a tractor,” he said. Last month, while Leslie was just getting started with spring chores, Anne Raver of The New York Times paid him a visit. Farm Equipment That Runs on Oats By ANNE RAVER Photo Credit: Stacey Cramp for The New York Times HARTLAND, Vt. — It was a perfect day for plowing, a little overcast with a cool breeze. Stephen Leslie, an artist and former Benedictine monk, guided two Norwegian Fjords down the field. “Stay haw, stay haw,” Mr. “Gee now, gee,” he said, urging them left as they stepped onto the unplowed grass at the edge of the field. Mr. Keep reading…

Home Page: ATTRA: National Sustainable Agriculture Information Service Banyan Roots: Udaipur’s First Organic Food Store and Cafe | UdaipurTimes Published: October 31, 2011 | Last Updated: 31 October 2011 9:28 PM Udaipur has witnessed its first dedicated Organic Food Store today, Banyan Roots . One can get Rice, Wheat, Corn, Pulses, Lentil, Gram, Spices, Ghee, Peanut Oil, Mustard Oil, Herbal Tea, Hair Oil, Thyme, Sulphur free Sugar, Tea, Coffee, Papad etc. and various other products, all purely grown and/or produced naturally without adding any harmful chemicals. Banyan Roots is not only an organic grocery store but they also have a special cafeteria where every food served is organic. Moreover, the Banyan Roots also has place for artists of any genre to practice their talents and talk about their skill with other artists. This innovative assortment of natural food and art, Banyan Roots is an initiative of two youngsters Jayesh Mohta and Rohit Jain . Jayesh, a B.Com graduate is an artist by passion and had performed in many theaters and nukkad dramas while Rohit holds a degree of Masters in Computer Application (MCA) from Pune.

People - Bhaskar Save / India Organic Bhaskar Save is the acclaimed ‘Gandhi of Natural Farming’. His farming wisdom has grown through seven decades of personal experience. His farm, Kalpavruksha, is a veritable food forest and a net supplier of water, energy and fertility. The legendary natural farmer, Masanobu Fukuoka on seeing his farm commented, “I have seen many farms all over the world. At the end of World War II and after the declaration of India’s independence, there emerged a significant demand for vegetables in big towns like Ahmadabad and Mumbai. Seen as one of India’s veteran farmers, Bhaskarbhai has this simple advice for farmers, “In growing plants one needs to understand what plants actually need, and how much, where, when, and how.” Save’s verdant 14 acre farm compels attention. All food requirements of the family are grown on-farm. The International Federation of Organic Agriculture Movements (IFOAM) honoured him with the global One World Award for Lifetime Achievement in 2010.

Bhoomi Magazine - Natural abundance One of India’s first organic farmers, Bhaskar Save, believes co-operation is the fundamental law of Nature Masanobu Fukuoka, renowned natural farmer, made several visits to India, a country which inspired more hope in him than his own Japan. On his last visit here, he spent a day at the farm of another remarkable octogenarian, Bhaskar Save, in southernmost coastal Gujarat. Halfway through his bullock cart tour of the place, Fukuoka declared – “I have seen many farms all over the world. This is the best; it is even better than my own farm!” Hailed as ‘the living Gandhi of natural farming’, Bhaskar Save has inspired a whole generation of organic farmers all over India. On entering Save’s farm, one encounters a bright sign that reads “Co-operation is the fundamental Law of Nature” – a simple and concise introduction to Save’s philosophy and practice of natural farming! Kalpavruksha compels attention, for its high yield easily out-performs any farm using chemicals. Weeds: Wild Friends

On-Campus & Online Classes for Career & Professional Development You’ve got a goal, a drive, a passion. We’ve got over 600 courses to choose from. Courses are offered online or on campus at Harvard. If you have the determination, we have the options—no application required. Search for courses In the classroom, online, or hybrid We offer courses on campus in the evenings, as well as online video courses, web-conference courses, and hybrid options. Full semester and short course options Most courses meet in a 15-week fall or spring term. Changes to information Harvard Extension School reserves the right to make changes at any time to the information printed in materials or on the website. GSSD Academy Many Southern countries are producing innovations that are providing important contributions to their development. How to facilitate the sharing and scaling up of these development solutions? The Global South-South Development Academy is an online action-oriented service platform that facilitates access to Southern development solutions and Southern expertise for learning and application. The GSSD Academy offers and develops tested tools, methodologies and partnership strategies that enable practitioners and Southern partners to: The GSSD Academy is the first of the pillars of the integrated 3-in-1 multilateral support architecture to promote South-South cooperation Broadening Access to Southern Talent and Innovation China Global South-South Development Center featured at the UN Headquarters The China SSDC is featured in the exhibition at the UN headquarters Secretariat, Visitors Lobby Gallery. IBSA Cooperation Showcased at United Nations Exhibition

Benjamin Franklin - Full Episode - Benjamin Franklin Videos Benjamin Franklin is best known as one of the Founding Fathers who drafted the Declaration of Independence and the Constitution of the United States. Synopsis Born in Boston in 1706, Benjamin Franklin organized the United States’ first lending library and volunteer fire department. Early Life Benjamin Franklin was born on January 17, 1706, in Boston in what was then known as the Massachusetts Bay Colony. Despite his success at the Boston Latin School, Ben was removed at 10 to work with his father at candle making, but dipping wax and cutting wicks didn’t fire his imagination. Franklin furthered his education in the printing trade in Philadelphia, lodging at the home of John Read in 1723, where he met and courted Read’s daughter Deborah. Franklin returned to Philadelphia in 1726 to find that Deborah Read had married. Prominent Citizen Franklin’s prominence and success grew during the 1730s, especially with the publication of Poor Richard’s Almanack at the end of 1732. Public Service Videos

Angelina Jolie Biography Angelina Jolie is one of Hollywood's leading actresses, known for movies like Changeling and Salt as much as she is for her relationship with actor Brad Pitt. Synopsis Born in Los Angeles, California, on June 4, 1975, Angelina Jolie starred in the HBO biopic Gia before earning an Academy Award for best supporting actress for Girl, Interrupted. Jolie has become one of Hollywood's top marquee names, having starred in movies like Wanted, Mr. and Mrs. Smith, Salt and Changeling. Early Life Actress and humanitarian Angelina Jolie Voight was born on June 4, 1975, in Los Angeles, California, to actor Jon Voight and actress Marcheline Bertrand. Breakthrough Role In the 1990s, Angelina Jolie became a popular actress. Another great dramatic role in Girl, Interrupted (1999) brought Jolie her first Academy Award (for best supporting actress). In 2007, Jolie gave a brilliant performance as Mariane Pearl, the pregnant widow of Wall Street Journal reporter Danny Pearl, in A Mighty Heart. Recent Roles