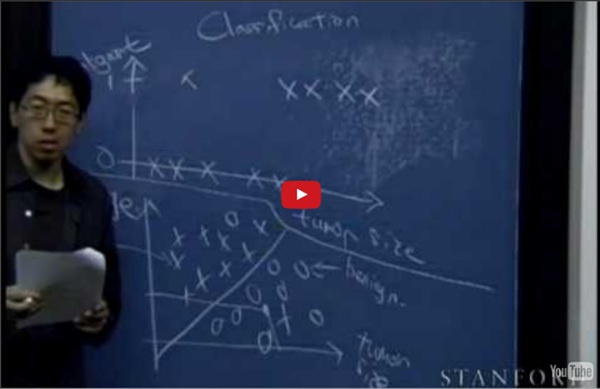 Euclidean space This article is about Euclidean spaces of all dimensions. For 3-dimensional Euclidean space, see 3-dimensional space. A sphere, the most perfect spatial shape according to Pythagoreans, also is an important concept in modern understanding of Euclidean spaces Every point in three-dimensional Euclidean space is determined by three coordinates. Intuitive overview[edit] In order to make all of this mathematically precise, the theory must clearly define the notions of distance, angle, translation, and rotation for a mathematically described space. Once the Euclidean plane has been described in this language, it is actually a simple matter to extend its concept to arbitrary dimensions. Euclidean structure[edit] These are distances between points and the angles between lines or vectors, which satisfy certain conditions (see below), which makes a set of points a Euclidean space. where xi and yi are ith coordinates of vectors x and y respectively. Distance[edit] Angle[edit] (explain the notation),

Hilbert space The state of a vibrating string can be modeled as a point in a Hilbert space. The decomposition of a vibrating string into its vibrations in distinct overtones is given by the projection of the point onto the coordinate axes in the space. Hilbert spaces arise naturally and frequently in mathematics and physics, typically as infinite-dimensional function spaces. The earliest Hilbert spaces were studied from this point of view in the first decade of the 20th century by David Hilbert, Erhard Schmidt, and Frigyes Riesz. They are indispensable tools in the theories of partial differential equations, quantum mechanics, Fourier analysis (which includes applications to signal processing and heat transfer)—and ergodic theory, which forms the mathematical underpinning of thermodynamics. Definition and illustration[edit] Motivating example: Euclidean space[edit] The dot product satisfies the properties: Definition[edit] The inner product of an element with itself is positive definite: converges.

Big O notation Example of Big O notation: f(x) ∈ O(g(x)) as there exists c > 0 (e.g., c = 1) and x0 (e.g., x0 = 5) such that f(x) < cg(x) whenever x > x0. Big O notation characterizes functions according to their growth rates: different functions with the same growth rate may be represented using the same O notation. The letter O is used because the growth rate of a function is also referred to as order of the function. A description of a function in terms of big O notation usually only provides an upper bound on the growth rate of the function. Associated with big O notation are several related notations, using the symbols o, Ω, ω, and Θ, to describe other kinds of bounds on asymptotic growth rates. Big O notation is also used in many other fields to provide similar estimates. Formal definition[edit] Let f and g be two functions defined on some subset of the real numbers. if and only if there exist positive numbers δ and M such that if and only if Example[edit] For example, let so Usage[edit] or and . . . .

Machine Learning Machine learning is the science of getting computers to act without being explicitly programmed. In the past decade, machine learning has given us self-driving cars, practical speech recognition, effective web search, and a vastly improved understanding of the human genome. Machine learning is so pervasive today that you probably use it dozens of times a day without knowing it. This course provides a broad introduction to machine learning, datamining, and statistical pattern recognition. 12 IT skills that employers can't say no to Have you spoken with a high-tech recruiter or professor of computer science lately? According to observers across the country, the technology skills shortage that pundits were talking about a year ago is real (see "Workforce crisis: Preparing for the coming IT crunch"). "Everything I see in Silicon Valley is completely contrary to the assumption that programmers are a dying breed and being offshored," says Kevin Scott, senior engineering manager at Google Inc. and a founding member of the professions and education boards at the Association for Computing Machinery. "From big companies to start-ups, companies are hiring as aggressively as possible." Also check out our updated 8 Hottest Skills for '08. Many recruiters say there are more open positions than they can fill, and according to Kate Kaiser, associate professor of IT at Marquette University in Milwaukee, students are getting snapped up before they graduate. (See also "The top 10 dead (or dying) computer skills".) 1) Machine learning

Redwood Center for Theoretical Neuroscience Alison Gopnik | Speaker Alison Gopnik takes us into the fascinating minds of babies and children, and shows us how much we understand before we even realize we do. Why you should listen What’s it really like to see through the eyes of a child? Are babies and young children just empty, irrational vessels to be formed into little adults, until they become the perfect images of ourselves? On the contrary, argues Alison Gopnik, professor of psychology and philosophy at the University of California at Berkeley. The author of The Philosophical Baby, The Scientist in the Crib and other influential books on cognitive development, Gopnik presents evidence that babies and children are conscious of far more than we give them credit for, as they engage every sense and spend every waking moment discovering, filing away, analyzing and acting on information about how the world works. She says: "What's it like to be a baby? What others say

Frequentism and Bayesianism IV: How to be a Bayesian in Python This post is part of a 4-part series: Part I Part II Part III Part IV See also Frequentism and Bayesianism: A Python-driven Primer, a peer-reviewed article partially based on this content. I've been spending a lot of time recently writing about frequentism and Bayesianism. Here I want to back away from the philosophical debate and go back to more practical issues: in particular, demonstrating how you can apply these Bayesian ideas in Python. The workhorse of modern Bayesianism is the Markov Chain Monte Carlo (MCMC), a class of algorithms used to efficiently sample posterior distributions. Below I'll explore three mature Python packages for performing Bayesian analysis via MCMC: emcee: the MCMC Hammerpymc: Bayesian Statistical Modeling in Pythonpystan: The Python Interface to Stan I won't be so much concerned with speed benchmarks between the three, as much as a comparison of their respective APIs. Test Problem: Line of Best Fit¶ Let's define some data that we'll work with: In [1]: In [2]:

Round-up of Web Browser Internals Resources - HTML5Rocks Updates In many cases, we treat web browsers as a black box. But as we gain a better understanding of how they work, we not only recognize where to make smart optimizations but also we push them farther. The links below capture most of the resources that explain the innerworkings of web browsers. <img src=" Getting Started - Git « Some thoughts, ideas and fun!!! Overview In this article I’ll be covering some the things you may need to know about Git. I’ll try and go into the concepts that Git puts out there as well as how to start using it successfully. This article will be written in such a way that it flows into my next article which will cover Git-Flow for branching strategies. I hope you’ll enjoy both of these and that you’ll find this helpful in your own projects. What I’ll be going through are as follows: Git – What is it? Just remember that this article will be changed and things will be added and refined as I learn new things or as I find new things that are relevant for everyone to know about Git. Git – What is it? To quote the GREAT Wikipedia; “Git is a distributed revision control system with an emphasis on speed”. In this case we have a centralized Version Control Server to which all developers connect when they want to start working on a specific project. To complete this section of “Git – What is it?” Git Setup sudo apt-get install git

Ross's Blog » Blog Archive » Toolbox for learning machine learning and data science Posted: September 6th, 2012 | Author: admin | Filed under: Uncategorized | 9 Comments » Recently I jumped in and taught myself how to do medium-sized data exploration and machine learning. (Excel-sized < My Data Set < Big Data) If you are a real data scientist or expert, skip this. It isn’t for you. Matlab vs. If you work at a university or big company, maybe you have access to Matlab, which is apparently great, but expensive. A physicist I was working with knew and used R. Python, on the other hand, is a dream. The next step is picking the packages to support Python. Python Packages for Analysis I’m sure there are a lot of different choices with pluses and minuses, but this set served me very well, came after reasonable research, and never let me down. While I’m at it, here are some good documentation sources I used: Also, if you need to clean up your data to get it into a usable state, you might try Data Wrangler or Google Refine. Happy data exploring! (Updates)

Bayes' Theorem Illustrated (My Way) - Less Wrong (This post is elementary: it introduces a simple method of visualizing Bayesian calculations. In my defense, we've had other elementary posts before, and they've been found useful; plus, I'd really like this to be online somewhere, and it might as well be here.) I'll admit, those Monty-Hall-type problems invariably trip me up. Or at least, they do if I'm not thinking very carefully -- doing quite a bit more work than other people seem to have to do. What's more, people's explanations of how to get the right answer have almost never been satisfactory to me. Minds work differently, illusion of transparency, and all that. Fortunately, I eventually managed to identify the source of the problem, and I came up a way of thinking about -- visualizing -- such problems that suits my own intuition. I've mentioned before that I like to think in very abstract terms. ...well, let's just say I prefer to start at the top and work downward, as a general rule. Like this: Figure 0 Figure 1 Figure 2 Figure 3 and