OZY - Welcome to the New News 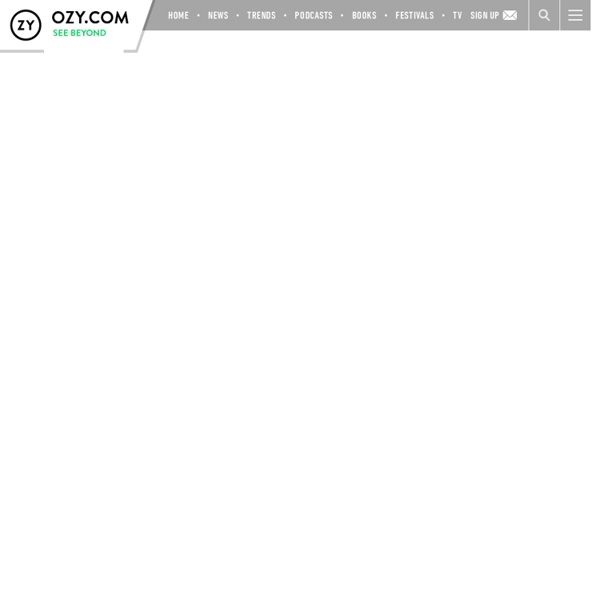 The Conversation: In-depth analysis, research, news and ideas from leading academics and researchers. 18 Maps That Will Change How You See The World Read the World's Best Books for Free With the Harvard Classics Advertisement Most of us struggle to choose which book to read next. Either we’ve run out of recommendations, or our “to read” list leaves us spoiled for choice. And with time being so short, we don’t want to risk wasting any of it on a book that’s less than par. This article details a multi-volume collection of works known as The Harvard Classics, which can now be downloaded absolutely free of charge. We have also included links to where you can download these works, along with helpful pointers for reading them on your eReader, tablet, or digital device. Admit You Can’t Read Everything I’m currently sat in a three-story, circular library, surrounded by thousands of feet of books, and there’s a heavy sense of being overwhelmed hanging in the air. Faced with this astounding choice of what to read next and — equally as important —what not to read, many often turn to the corruptible and buyable bestseller lists. Dr. Charles W. In the Editor’s Introduction to Vol. 50, Eliot explains:

Is there a gene for race? | TestTube Plus by Jack J. Shamama According to science, race is just an adaptation of humans living in different parts of the world, but ethnicity is very real Related on TestTubeCould You Hack Your Brain to Have Unlimited Senses?What Did Early Humans Really Look Like? This week on TestTube Plus, Trace explores human evolution. The concept of "race" as we understand it (and often discuss it) is a product of social context. TestTube Plus is built for enthusiastic science fans seeking out comprehensive conversations on the geeky topics they love. Learn More:What We Mean When We Say "Race Is a Social Construct" (The Atlantic)"In a world where Kevin Garnett, Harold Ford, and Halle Berry all check "black" on the census, even the argument that racial labels refer to natural differences in physical traits doesn't hold up." Cromwell: The Irish Question (History Today)"Cromwell's military campaign in Ireland is one event that the British can never remember and the Irish can never forget.

Brain Pickings – An inventory of the meaningful life. Pope: 'Revolution' needed to fight climate change While slamming a slew of modern trends -- the heedless worship of technology, the addiction to fossil fuels, our compulsive consumerism -- the Pope said humanity's "reckless" behavior has pushed the planet to a perilous "breaking point." "Doomsday predictions," the Pope warned, "can no longer be met with irony or disdain." Citing the scientific consensus that global warming is disturbingly real, Francis left little doubt about who to blame. Big businesses, energy companies, short-sighted politicians, scurrilous scientists, laissez faire economists, indifferent individuals, callous Christians and myopic media professionals. "The Earth, our home, is beginning to look more and more like an immense pile of filth," Francis said. Francis' bracing manifesto came Thursday in the form of an encyclical, a letter traditionally addressed from St. Special coverage: How 2 degrees are key to climate change But Francis has set his sights far beyond the circle of his church. Critique of modern life

Daily Poetics After losing her leg to Toxic Shock Syndrome, this model is speaking out At age 24, model Lauren Wasser experienced a nightmare no woman should ever endure. Lauren was an L.A. star on the rise; a model building her portfolio, taking improv classes, and living a life about town that many would envy. But in October of 2012, things took a horrific turn when she fell terribly ill while on her period. A few days later, she woke up in a hospital bed and learned she was going to lose her leg due to Toxic Shock Syndrome. Toxic Shock Syndrome (or TSS) is likely familiar to anyone who uses tampons. Although it’s extremely serious, TSS is also extremely rare. But while the threat of TSS is common knowledge, Wasser’s case is an example of how many women think of TSS as something that happens — just not to them. Wasser’s story, told at VICE, is harrowing. “My belly was huge [due to being pumped with fluids],” she says of waking up in the hospital. But while her life was saved, her right leg was not, and damage to her left foot is still healing over two years later.