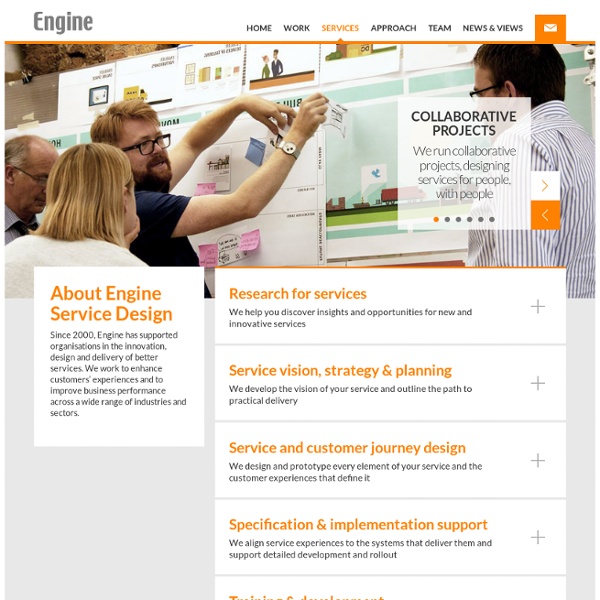 3 Trends That Will Define The Future Of Infographics | Co. Design Now that everyone loves them, early adopters and forward thinkers want to know what is next for the infographic. Is this just the beginning of a visual revolution, or have they already jumped the shark? This is an important question, especially for those who are making large investments in the medium, such as publishers and marketers. Is the Infographic Dead? My cofounder, Jason Lankow, says it well when people ask about the fate of infographics in the face of increasing web saturation. Infographics at Present Infographics have been utilized for hundreds of years for various purposes, but have taken on a new face in the last few years, with a bit of help from the Internet. [An infographic video created by Chris Harmon] Motion Graphics Utilizing motion and animation in infographics is another current trend that is on the rise. The Future of Infographics Over the past year, we have seen an evolution in the way people are thinking about infographics.

Digital Digressions: Running Creative Brainstorms: A Collection of &#039;Non-method&#039; Methods Recently I was yet again faced with the prospect of running a series of brainstorms to generate new product concepts. This time, with a team of people I had never met before. Aside from being a slightly daunting prospect, it got me thinking about the role of the catalyst in such situations - what is it that brings out the best in us and stimulates parts of our accumulated knowledge and insights and turns it into great ideas we felt we had all along, but struggled to articulate. At the start of the day I was asked what methods I was intending to use and must say I struggled to name specific methods. Having worked in the same concept team for about 5 years and occasionally also with other teams, I've come to the conclusion that one needs to pick the good bits from a range of different methods and use them where appropriate. {*style:<b> Find a Safe Haven </b>*} Brainstorms are seldom productive in stuffy office environments. Awaken the Child Within </b>*}

Six Thinking Hats Six Thinking Hats is a book by Edward de Bono which describes a tool for group discussion and individual thinking involving six colored hats. "Six Thinking Hats" and the associated idea parallel thinking provide a means for groups to plan thinking processes in a detailed and cohesive way, and in doing so to think together more effectively.[2] Underlying principles[edit] The premise of the method is that the human brain thinks in a number of distinct ways which can be deliberately challenged, and hence planned for use in a structured way allowing one to develop tactics for thinking about particular issues. de Bono identifies six distinct directions in which the brain can be challenged. In each of these directions the brain will identify and bring into conscious thought certain aspects of issues being considered (e.g. gut instinct, pessimistic judgement, neutral facts). Since the hats do not represent natural modes of thinking, each hat must be used for a limited time only. Summary[edit]

Chuck Blakeman / Why Words Matter Words represent powerful ideas, whether we mean for them to or not. We might as well be intentional. Zig Zigler said, “be a meaningful specific, not a wandering generality”. The words we use to represent ourselves and our businesses are much more important than we usually think. WORDS ARE ALWAYS POWERFUL , even when we think they are badly formed. Here’s how John Marshall of My Green Parachute found the company’s powerful story (one sentence) in a group session we call FasTrak, where we focus on narrowing your identity. Fastrak showed me that our company was lacking a simple identity. Do you have a simple, powerful message that makes you a “meaningful specific”, or are you another “wandering generality” who thinks they can just start talking and people will eventually get it? Here are a few ideas on the “how”: Resist the temptation to be everything to everyone. Words are powerful either way. John’s story is a good start.

strategy strategy n. the branch of military science dealing with military command and the planning and conduct of a war There are no items for this category military campaign, campaign n. several related operations aimed at achieving a particular goal (usually within geographical and temporal constraints) pattern, design, blueprint n. something intended as a guide for making something else; "a blueprint for a house"; "a pattern for a skirt" intention n. whimsey, whimsy, whim, notion n. an odd or fanciful or capricious idea; "the theatrical notion of disguise is associated with disaster in his stories"; "he had a whimsy about flying to the moon"; "whimsy can be humorous to someone with time to enjoy it" end, goal n. the state of affairs that a plan is intended to achieve and that (when achieved) terminates behavior intended to achieve it; "the ends justify the means" cabal, conspiracy n. a plot to carry out some harmful or illegal act (especially a political plot)

d3.js Close Photoshop and Grab a Pencil: The Lost Art of Thumbnail Sketches Long before web UI mockups came along, print designers would hone their ideas using a tried and true method called thumbnail sketching. This practice seems to be somewhat of a lost art so we’re going to shed some light on it! Today we’ll briefly discuss what thumbnail sketches are, some tips for creating them and how to effectively implement them into your already busy workflow. Before Wireframing, Thumbnail These days wireframing is a very popular practice. There’s definitely something to be said for critically considering how your page will be structured on a basic level. The thumbnail sketch is an awesome first step that uses the same ideas as a wireframe, only on an even more basic level. What Are Thumbnail Sketches? The name sounds funny at first, but if you think about it, you already know what a thumbnail is in a different context. Using this knowledge, you can probably guess that thumbnail sketches are groups of little drawings. How It Works Why Is This a Good Thing? Conclusion