A Thin Sheet of Reality: The Universe as a Hologram (Full) 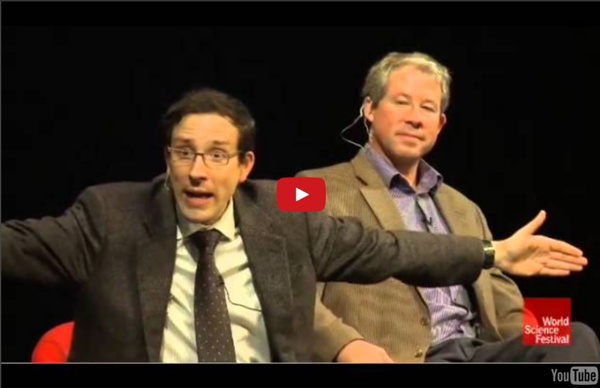 Let The Network Do The Work One of the most striking things I see when watching organizations make the transition from legacy industrial models of working to new network-based models, is that we keep trying to employ the new tools and ideas in the same old ways. Certainly, it’s quite hard to unlearn the old methods, so deeply instilled are they by prior experience, history, and momentum. But as businesses, even today, we largely still try to create all the ideas, try to control everything, and focus on doing all the work to produce outcomes within the organization, team, or enterprise, with a little help of perhaps a few closely held suppliers and business partners. In short, most organizations still have an out-dated and overly centralized model for working, and it’s turned out to be a very difficult habit to break. If I have a single key lesson that every organization seeking to digitally transform must learn it’s this: You must let the network do the work. Additional Reading:

Jins Meme Smart Glasses Know When You're Sleepy These innocent looking glasses could be the future of smart eyewear, mainly because they look like any other pair of spectacles. Designed by Japanese eyewear brand Jins, they’re called the Meme, and they combine the functionality of a fitness tracker with health and safety benefits associated with other smart devices worn in-line with the spine. Jins is well established in Japan and China, but will use the Meme to launch the brand in the U.S. and around the world over the coming year. Related: Wearable tech is still waiting for its genre-defining moment

Top 40 Useful Sites To Learn New Skills The web is a powerful resource that can easily help you learn new skills. You just have to know where to look. Sure, you can use Google, Yahoo, or Bing to search for sites where you can learn new skills Smartphone Case Photos Print Prynt is a smartphone case designed by Robin Barata and which allows to print your photos directly from your mobile, in 30 secondes. This case will be sold 49 $ and will be available in Summer 2015, in blue, pink and white for iPhone 5, 5S, 5C, 6 and Samsung Galaxy S4 and S5. A new way to share your mobile photos, other than on social networks, to support on Kickstarter.

Cynefin, testing & auditing Over the last few weeks following my CAST 2014 talk in New York, while the Stop 29119 campaign has been raging, I have been thinking more about some of the underlying issues. One of these has been the idea of “best practice”, which led me back to the Cynefin Framework. If you don’t know about Cynefin then I strongly recommend that you learn about it and reflect on its implications. The Wikipedia article is a good start, not least because Dave Snowden, Cynefin’s creator, keeps an eye on it. This short video presented by Snowden is also helpful. An overview of the Cynefin Framework

Which Board is Right for Me? For a few months after Raspberry Pi came out, the choice was pretty simple. If you wanted to talk to arbitrary electronics, your best bet was to buy an Arduino microcontroller board; if you needed the power of an ARM-based processor to run Linux, the Raspberry Pi single-board computer (SBC) was the obvious choice (that is, if you could get your hands on one. Delivery issues are mostly resolved, but last year some people waited more than six months for their Pi). Before Arduino and Raspberry Pi, things were more complicated. Star Wars Speeder Bike Drone Is Fully Operational Subscribe Share on Facebook Share on Twitter Share Tweet

Think Python: How to Think Like a Computer Scientist How to Think Like a Computer Scientist by Allen B. Downey 100 Amazing How-To Sites to Teach Yourself Anything Learning new skills and expanding your knowledge doesn’t have to cost you an arm and a leg. There are loads of free resources on the Web that can help you find instructional videos, tutorials and classes to learn a wide variety of skills from fixing basic car problems to speaking another language. With 100 sites to choose from, you’re bound to find something here that will help you learn just about anything you could want. General Tutorials These sites offer a wide range of tutorials and videos. Around the House