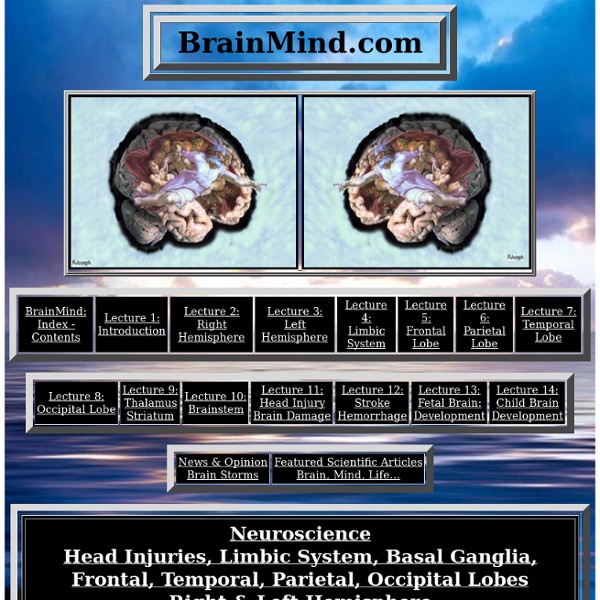 DNA studies | Mathilda's Anthropology Blog. | Page 2 African, Asian and European cattle. Archaeological evidence suggests that cattle were first domesticated In Turkey, in the Catal Hoyuk area, from about 10,000 years ago. DNA suggests that there was a second domestication, with archaeological evidence dating that to about 7,000 years ago (pre-Harappan in Pakistan). As yet, no DNA evidence for an independent African domestication, just hybridisation. It also suggests European cattle contain some wild auroch DNA. Mitochondrial genomes of extinct aurochs survive in domestic cattleArchaeological and genetic evidence suggest that modern cattle might result from two domestication events of aurochs (Bos primigenius) in southwest Asia, which gave rise to taurine (Bos taurus) and zebuine (Bos indicus) cattle, respectively [1, 2, 3]. Figure 1.

12 Mistakes Nearly Everyone Who Writes About Grammar Mistakes Makes | Jonathon Owen There are a lot of bad grammar posts in the world. These days, anyone with a blog and a bunch of pet peeves can crank out a click-bait listicle of supposed grammar errors. There's just one problem -- these articles are often full of mistakes of one sort or another themselves. Once you've read a few, you start noticing some patterns. 1. 2. 3. 4. 5. 6. 7. 8. 9. 10. 11. 12. And a bonus mistake: 13. Jonathon Owen is a copy editor and language writer with a master's degree in linguistics from Brigham Young University.

This and That Geminid Meteor Shower 2013 To Peak On Friday, December 13 Get out your warm jackets, skywatchers: One of the best meteor showers of the year is almost here. The 2013 Geminid meteor shower is expected to peak on the night of Friday, Dec. 13, and continue into Saturday morning for viewers in the Northern hemisphere. The window of peak activity runs from 1 p.m. The meteors, which come from the constellation Gemini, may also be visible at night a few days before the peak -- but the best view of the "shooting stars" should come between 9 p.m. and 10 p.m. "Bundle up as warmly as you can," Sky & Telescope senior editor Alan MacRobert said in a written statement. For the truly dedicated skywatchers, the pre-dawn hours on Dec. 14, after the moon sets, should provide a darker sky to see the incredible show. Skywatchers may have been disappointed by last month's Leonid meteor shower, which was obscured by a full moon. NASA's Asteroid Watch blog reported that viewers can expect to see about 120 meteors per hour during the shower's peak.

How To Stop Taking Out Your Anger On Others By Martha Beck What do you do when you're stressed, swamped or seriously overwhelmed? Unleash hell on an innocent bystander, of course! But if you'd rather stop displacing your feelings and start facing your troubles head-on, Martha Beck has a game plan for you. So your best friend at the office is suddenly let go, and you spend the rest of the day dreading that the ax is about to fall on you, too. Or maybe as soon as you leave the office, you head to your parents' house for your second shift. Or perhaps one morning, without even meaning to, you notice a series of intimate texts between your boyfriend and someone named Tiffany. Psychologists call this phenomenon displaced aggression. Know How to Roll The cause of stress-rolling is always the same: You experience a situation in which you feel too overwhelmed, confused or scared to express your true feelings. Unfortunately, feelings don't want to stay hidden. Identify the Real Enemy 1. Align Yourself with Your Allies Earlier on HuffPost:

Here's All You Need To Know To View Comet ISON This December (ANIMATED INFOGRAPHIC) This new view of Comet C/2012 S1 (ISON) was taken with the TRAPPIST national telescope at ESO's La Silla Observatory on the morning of Friday 15 November 2013. Comet ISON was first spotted in our skies in September 2012, and will make its closest approach to the Sun in late November 2013.<a href=" target="_blank"> Waldemar Skorupa (Kahler Asten, Germany)</a>And anotherThe view from ItalyMaximilian Teodorescu"Taken by Kosmas Gazeas on November 18, 2013 @ University of Athens Observatory, Athens, Greece, remotely controlled from ...Netherlands!"<a href=" target="_blank">Michael Jäger of Ebenwaldhöhe, Austria</a>: "Whatever exploded from the comet's core also created a spectacularly-long tail, more than 16 million kilometers from end to end."<a href=" Kato</a>: "the comet after the outburst on November 14, 2013. North is up, and East is to the left."

Mineral Properties, Uses and Descriptions Diamond Diopside Dolomite Enstatite Epidote Fluorite Fuchsite Galena Garnet Glauconite Gold Graphite Gypsum Comet ISON Visible To Naked Eye After Outburst Of Activity, Observers Say Get ready for a stellar show. The much-anticipated Comet ISON is now visible to the naked eye according to reports from many observers. Comet ISON — the potential "comet of the century" — has suddenly brightened in an outburst of activity with just two weeks to go before it literally grazes the surface of the sun. In recent months, Comet ISON has repeatedly befuddled forecasters trying to anticipate just how bright it will ultimately become. An hour before sunrise on Monday morning, November 18, catch a sight of the elusive planet Mercury, with brightening Comets ISON and Lovejoy as a bonus. Comet ISON lightens up, literally Comet ISON is now in full outburst mode, becoming many times brighter over just the past few days. According to veteran comet observer, John Bortle, Comet ISON was shining only at magnitude +8.5 on Monday (Nov. 11) morning — more than six times too dim to be visible to the unaided eye. Justin Ng sent in a photo of comet ISON, taken in Singapore, Nov. 4, 2013.

Leonid Meteor Shower 2013: How To See 'Shooting Stars' This Weekend Get ready to see some "shooting stars" this weekend, skywatchers. The 2013 Leonid meteor shower is expected to be visible from Nov. 16 through Nov. 18. Weather permitting, observers around the world should be able to see the brightest "Leonids" streak across the sky from Saturday night through Sunday morning. The Northern Hemisphere will be treated to the prime show, as it has the best view of the constellation Leo, from which the meteor shower derives its name. Unfortunately, this year's Leonid meteor shower will not be as visible as the show has been in the past years. Since the moon turns full on Nov. 17 -- in the midst of the shower -- only the brightest of the meteors will be apparent to most watchers. Like last year's Leonid meteor shower, projections suggest that there will be two peaks of activity -- one at 5 a.m. NASA recommends going outside 30 minutes ahead of the show, so your eyes can adjust to the night sky. Also on HuffPost:

LIVE REAL TIME SATELLITE TRACKING AND PREDICTIONS: GOCE FRANCE MANEUVERS INTEL SATELLITE TO AVOID DEAD WEATHER SPACECRAFT - One of four French electronic-intelligence satellites flying in formation in low Earth orbit was forced to perform a collision-avoidance maneuver after U.S. and French space-tracking radars determined that it was on a collision course with a large piece of orbital debris, the French air force said. The satellite that had to be moved is one of four identical 120-kilogram Elisa demonstrator satellites launched into a 694-kilometer low Earth orbit in December 2011. With both French naval and German ground-based precision space-surveillance radars out of service for several months for maintenance, the French military deployed two of its own, less-precise ground radars, located in Sommepy in northeast France and Solenzara on the island of Corsica in the Mediterranean, to track what the French air force said was a dead satellite. More (Source: Space News - Apr 24)

An examination of ALDH2 genotypes, alcohol me... [J Stud Alcohol. 1999] How to Create an Astrological Chart: 10 Steps Edit Article Sample Astrological ChartCreating an Astrological Chart Edited by vanessa green, Ben Rubenstein, Imperatrix, Waited and 32 others An astrological chart or, more specifically, a natal chart, is a symbolic representation of the position of the planets, the sun, and the moon at the moment of a person’s birth. Ad Steps Sample Astrological Chart Creating an Astrological Chart 1Using a compass, draw three concentric circles on a piece of paper. 10Consult a book on the interpretation of the planets in each sign and house and make observations on the subject's personality and behavior. Tips If this all seems a little complicated, you can get a personalized chart in seconds by entering the necessary information in any number of free chart programs on the Internet. Warnings Possibly the most common error in casting a horoscope is to fail to correct for daylight savings time, or other adjustments to standard time.

13 herbs to grow in your kitchen, with tips on getting started and keeping them growing View full sizeDreamstime.comIf you love what fresh herbs can do for food, you can still keep that flavor at hand and satisfy your cravings when you grow them indoors. There are a surprising number of herbs that will thrive as indoor plants. All it takes is a bright space, a few well-chosen varieties and a spirit of adventure. To ensure success, it's usually best to start with healthy plants rather than seeds, especially at this time of year. Getting started You'll need a bright space, such as a large sunny window, a sunroom or a room with skylights. Most culinary herbs grow best with at least five to six hours of bright light; mint, parsley and chives do fine with four to five. Selecting containers and soil Almost any pot or container at least 6 inches or larger can be used for growing herbs as long as it has drainage holes. Use a fast-draining potting mix as garden soil will compact in containers and smother plant roots. Growing tips -- Kris Wetherbee 3. 5. 6. 8. 9. 11.