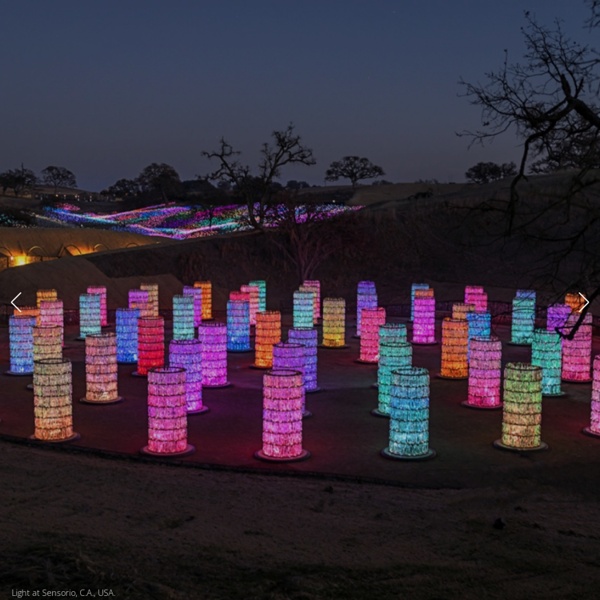 Jeff Koons Jeff Koons was born in York, Pennsylvania in 1955. He studied at the Maryland Institute College of Art in Baltimore and the School of the Art Institute of Chicago. He received a BFA from the Maryland Institute College of Art in 1976. Studio Visit: Li Ying - Cool Hunting Li Ying is a young, Beijing-based sculptor from Hunan province, who's gained increasing attention for her monumental metal artworks—the latest of which mesmerized audiences at a recent CAFA postgraduate exhibition. We visited her studio in Heiqiao village in the outskirts of Beijing, a place where many emerging artists can still afford to find a peaceful nest in the middle of migrant workers’ villages, old warehouses and railway barns. She is a pupil of master Sui Jianguo, who is the former chairman of the Department of Sculpture at CAFA, and a renowned artist for his work with metals and granite. His “Jurassic Age,” the caged red dinosaurs standing in front of UCCA, have become an icon of the 798 art district. At the core of her sculptures is a peculiar approach to space and time. I like accidental aspects to be part of my creative process.

Marian Bijlenga - Round Transparency- The Story: Construction Threads, arranged as though they were a drawing in space, then glued in place. Sometimes they are grouped together in deeply shaded planes, sometimes as open weavings with special places marked with acrylic paint or simply suggested by concentrations of light and shadow. Interactive Tech Allows Users To Influence Overlayed Projections On Buildings The PSFK consulting team has been noticing that the maturation of motion-sensing technologies are enabling new gaming experiences which can support personal growth and development, as gamers use natural movement to interact within a gaming environment. One company operating in this space is NuFormer–a Netherlands-based 3D video mapping company that has integrated interactivity controls into projection technology. During a recent interactive projection test, spectators interacted in realtime with a projection layered onto a building by using gesture-based tracking (Kinect) technology.

Arne Quinze ONE WORLD by The People of Tomorrow Arne Quinze, Tomorrowland & De Schorre are building a state-of-the-art, permanent public artwork and invite the whole world to help. Follow the making of here! www.peopleoftomorrow.com My Secret Garden / Rockstrangers Book Arne Quinze invited author Saskia de Coster for a unique project that will enlargen the scope of both the Rock Strangers project (Ostend) and the Secret Garden exhibition (Rotterdam). Work in Progress - Shane Wilson Sculpture - 阶 段 I have decided to create another series of themed bronze Skullptures, and to continue to do so on an annual basis going forward. Part of the inspiration for this decision came from an invitation to show at the Algonquin Arts Centre Gallery in Algonquin Park, Ontario, Canada. The Algonquin Arts Centre Gallery is open seasonally from June 1 to mid October each year. This year the theme for their exhibition and sale is 'The International Year of Forests', which was chosen to coincide with the United Nations initiative of the same name. I will incorporate forest themes into unique bronze sculptures which will comprise this year's aptly named 'Silvi-Skullpture Series, 2011'. The first three waxes have been individually sculpted and delivered to the foundry: two black bear skulls and one wolf skull.

Sound art and spatial practices : situating sound installation art since 1958 This dissertation examines the emergence and development of sound installation art, an under-recognized tradition that has developed between music, architecture, and media art practices since the late 1950s. Unlike many musical works, which are concerned with organizing sounds in time, sound installations organize sounds in space; they thus necessitate new theoretical and analytical models that take into consideration the spatial situated-ness of sound. Existing discourses on "spatial sound" privilege technical descriptions of sound localization.