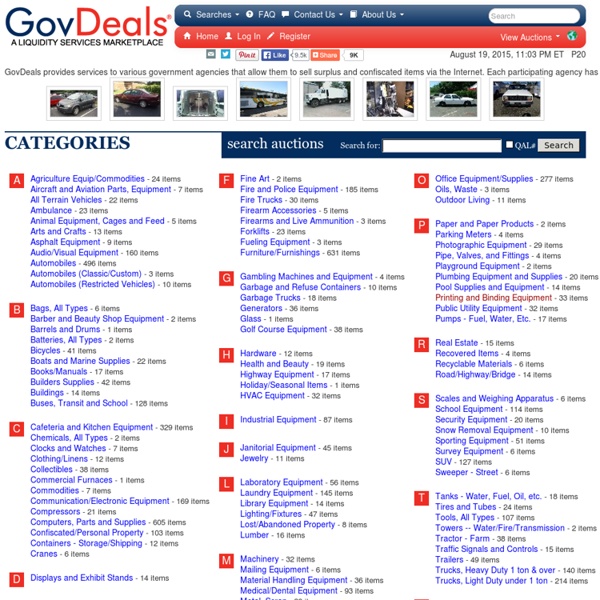 10 Ways to Make Your Relationship Magically Romantic Creating magical moments in your relationship is something everyone thinks about, but few people do. Perhaps it's because they actually can't think of exactly what to do. Here are ten "acts of love" that you can do with and for your partner to bring a little more romance into your relationship. 1. Make your morning time special by bringing your partner a cup of coffee while he or she is still in bed. If you're willing and able you can also serve them breakfast in bed. 2. 3. 4. 5. 6. 7. 8. 9. 10. Don't try to do everything on this list in the same weekend, one a month is plenty. Taking the time to create romance in your relationship is paramount to creating a fulfilling love life. Dr.

How To Buy Anything From Japan With FlutterScape [+Giveaway] (Be sure to stick around to the end, where you can win some goodies from FlutterScape) In the past, I’ve written about a few ways you can buy things from Japan. Most of them have been so-so at best. Finally (seriously, it’s about time), someone’s come up with something that works pretty darn well (I’ll tell you about my experience in a bit), and that something is FlutterScape. FlutterScape seems a little complicated at first, but really it’s quite simple. There are people in Japan going around to various stores taking pictures of things they want to sell. What Can I Buy? Between the time that FlutterScape just started (I was poking around back then too) and now, FlutterScape has really stepped things up in terms of items available. There are a bunch of categories you can search through, as well as an actual search function, so if they have what you want then you should be able to find it… but what if they don’t?? Requesting An Item From Japan Is This An Auction? Does FlutterScape Work?

Find Live & Online Auctions for Antiques, Art, Cars & More at AuctionZip.com Wal-Mart You Don't Know A gallon-sized jar of whole pickles is something to behold. The jar is the size of a small aquarium. The fat green pickles, floating in swampy juice, look reptilian, their shapes exaggerated by the glass. It weighs 12 pounds, too big to carry with one hand. The gallon jar of pickles is a display of abundance and excess; it is entrancing, and also vaguely unsettling. Wal-Mart priced it at $2.97--a year's supply of pickles for less than $3! Therein lies the basic conundrum of doing business with the world's largest retailer. Indeed, as Vlasic discovered, the real story of Wal-Mart, the story that never gets told, is the story of the pressure the biggest retailer relentlessly applies to its suppliers in the name of bringing us "every day low prices." Wal-Mart is not just the world's largest retailer. number-two retailer Home Depot sells in a year. Wal-Mart wields its power for just one purpose: to bring the lowest possible prices to its customers. Finally, Wal-Mart let Vlasic up for air.

Wolfram|Alpha: Computational Knowledge Engine [Guide] How to Take Ownership (Permission) of a File or Folder Manually in Windows? We here at AskVG post various themes, skins and other customization stuff which require you to replace or modify existing system files in Windows. You need to take ownership of that file or folder before modifying or replacing it. We always suggest you to use take the ownership automatically using following context menu option method: How to Add "Take Ownership" Option to File or Folder Context Menu in Windows But sometime people complain that they are unable to take ownership of the file and we suggest them to take the ownership manually. Since taking the ownership manually is a bit complicated task, today we are going to post a detailed guide with screenshots which will help you in taking ownership and granting full permission to yourself of a file or folder in Windows. So without wasting time, here are the required steps: 1. 2. 3. For Windows XP, Vista and Windows 7: Go to "Owner" tab. If you are not a Windows 8 or later OS user, jump to Step 4. For Windows 8 and later: 4. 5. Also check:

Potts Brothers Land and Auction, LLC my bus 1999 Neoplan conversion, with whole house Solar, Detroit Diesel, self contained Shopping in China - Where to Shop in China and What to Buy China is a fantastic shopping destination. From bamboo chopsticks to Cultural Revolution memorabilia, whatever your interest, you're bound to be able to buy it in China. As the world's factory, you can find just about anything. Yunnan CoffeeShopping and Gift Ideas - Yunnan Coffee A look at the fruits and vegetables at the market in XizhouA look at the fruits and vegetables at the market in Xizhou town, Yunnan Province. A Complete Visitor's Guide to Shopping in ShanghaiA Complete Visitor's Guide to Shopping in Shanghai Bargaining 101: Eight Rules and Two Myths about Shopping in ChinaBargaining in China can be a fun and social experience but you need to learn the rules before you play. Buying Pearls: A Quick Primer on How to Understand the Value of PearlsThis quick primer will give you some insight in valuing your pearls, telling the difference between real and imitation pearls and understanding what a cultured pearl is.

/Film | Blogging the Reel World Mastering Windows Search using Advanced Query Syntax Search has become an integral part of Windows, particularly in later versions. While the major search improvements began with Windows Vista and were backported to Windows XP, it's really only with Windows 7 that the larger majority of users are discovering the search bar all over in the operating system. Search is built into every aspect of Windows 7 to help users cope with the increasingly rapidly growing number of files, be they work documents and e-mails, personal photos and videos, or music collections. Many users perform searches without thinking nowadays: it's an ingrained habit of using the operating system. Basic Search Tools There are five main places you can perform a search in the latest versions of Windows: the search box in any Windows Explorer window (to bring up just search, use Windows Key + F), the search box at the bottom of the Start menu, the search box in the Control Panel, a common file dialog box, and in Windows-only applications. Advanced Query Syntax