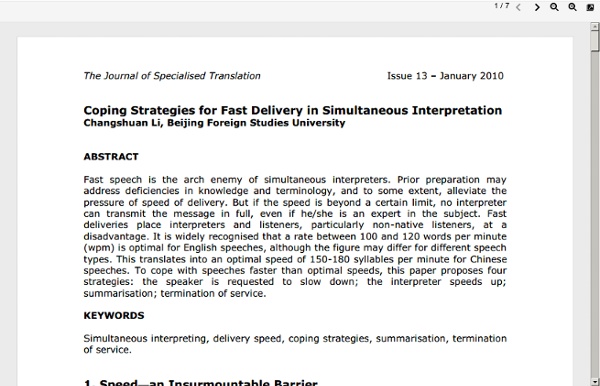 Patricia vander Elst on the Nuremberg Trials 13 Wonderful Old English Words We Should Still Be Using Today As the years pass, language evolves. Since the days of Chaucer and Shakespeare, we can all agree English has become less flowery. Some fantastic vocabulary just dropped out of everyday conversation. Author Mark Forsyth writes about the words we’ve lost. From his book “Horologicon” to his Tumblr and published articles, we compiled a list of the best words that need reviving. 1. 2. 3. 4. 5. 6. 7. 8. 9. 10. 11. 12. 13. Click to read: Importantly infrequently used words to know Source: www.businessinsider.in Image: Like this: Like Loading... Related 13 Words You Probably Didn't Know Were Coined By Authors Boredom If you're not a fan of his books then it's probably no surprise that Charles Dickens is credited with inventing the word boredom in his classic 1853 novel Bleak House. In "Bits and pieces" Top 10 Charming Words for Nasty People #1: Ruffian Definition: a brutal person; bully Examples: "'You try me too much. In "General Learning" In "Did you know?"

Exercises for simultaneous These exercises and more can be found in Conference Interpreting - A Students'Companion, A Gillies, 2001, (p80-83) and are reproduced with the kind permission of Tertium Krakow). More exercises can be found in the 2004 revised eidtion of this book, Conference Interpreting - A New Students' companion. VI Practice exercises for SIMULTANEOUS INTERPRETING The exercises below are designed to further skills in specific areas of interpretation technique, some may argue that in doing this we encourage inaccurate interpreting, however, I remind you that the goal here is not accuracy or fidelity but the activation that skill required to perform the exercise (that skill being one of the component parts of interpretation). The exercises I suggest below do not cover all of what might be held to be the component elements of the skill of simultaneous interpreting. Delivery General Knowledge Split attention + Decalage Reformulation Stress management 1 Delivery 1.1 “Cheating”[1]. 2 General Knowledge WHY ?

SPREADTHESIGN - Sign language dictionary Why do I need two interpreters? What we can learn from the past - Clarion Professor Siegfried Ramler was on Radio 4 last Tuesday 30th September being interviewed as the last surviving Nuremberg simultaneous translator. At 15 he fled on Kindertransport from Vienna to London and was recruited into the interpreting team at age of 22 with no experience of interpreting and by the end he had interpreted for a total of 13 Nazi war criminals. He talked about his experiences as an interpreter at the war crimes trials in Nuremberg and I was struck by how relevant his conversations were to current issues for interpreters, both BSL and spoken language. Simultaneous interpreting is something that BSL interpreters have always done – the message given by the sender is interpreted and transmitted at the same time as the next part is being processed and this is easier to do when one of the languages is visual, not spoken. Consecutive interpreting is when speaker says a sentence then pauses for the interpreting to take place before coming to the next part.

Languages and translation - Resources for translators, interpreters and language learners The amazing brains of the real-time interpreters One morning this summer I paid a visit to the sole United Nations agency in London. The headquarters of the International Maritime Organization (IMO) sits on the southern bank of the Thames, a short distance upstream from the Houses of Parliament. As I approached, I saw that a ship’s prow, sculpted in metal, was grafted like a nose to the ground floor of this otherwise bland building. I walked upstairs to a glass-fronted booth, where I prepared to witness something both absolutely remarkable and utterly routine. Let’s unpick what she did that morning and itemise its components. As the delegate spoke, Pinkney had to make sense of a message composed in one language while simultaneously constructing and articulating the same message in another tongue. Intriguing region Neuroscientists have explored language for decades and produced scores of studies on multilingual speakers. Simultaneous interpretation often evokes a sense of drama. Humorous pitfalls Some speakers talk too fast.

Translation procedures, strategies and methods 1. Introduction ranslation typically has been used to transfer written or spoken SL texts to equivalent written or spoken TL texts. In general, the purpose of translation is to reproduce various kinds of texts—including religious, literary, scientific, and philosophical texts—in another language and thus making them available to wider readers. If language were just a classification for a set of general or universal concepts, it would be easy to translate from an SL to a TL; furthermore, under the circumstances the process of learning an L2 would be much easier than it actually is. The difference between an SL and a TL and the variation in their cultures make the process of translating a real challenge. 2. The translating procedures, as depicted by Nida (1964) are as follow: Technical procedures: analysis of the source and target languages;a through study of the source language text before making attempts translate it;Making judgments of the semantic and syntactic approximations. 2.1.

Harry Aveling TEXT Vol 8 No 1 Introduction Antoine Berman has argued that because "reflection on translation has become an internal necessity of translation itself…(t)he construction of a history of translation is the first task of a modern theory of translation" (Berman 1992: 1). This paper gives a very brief overview of the history of western theories of translation, from the perspective of the end of the twentieth century. The framework for my discussion will be a discourse analysis approach to the history of ideas developed by the French historian Michel Foucault. An Approach to the History of Ideas My sources to the end of the nineteenth century will be drawn from Douglas Robinson"s Western Translation Theory (Robinson 1997a). Specific fields of discourse are organised in regular ways and grow out of definable social contexts. In Steiner"s opinion, over two millennia only a few authors have succeeded in introducing "anything fundamental or new" into the discourse about translation. 1. 2. 3. 4.