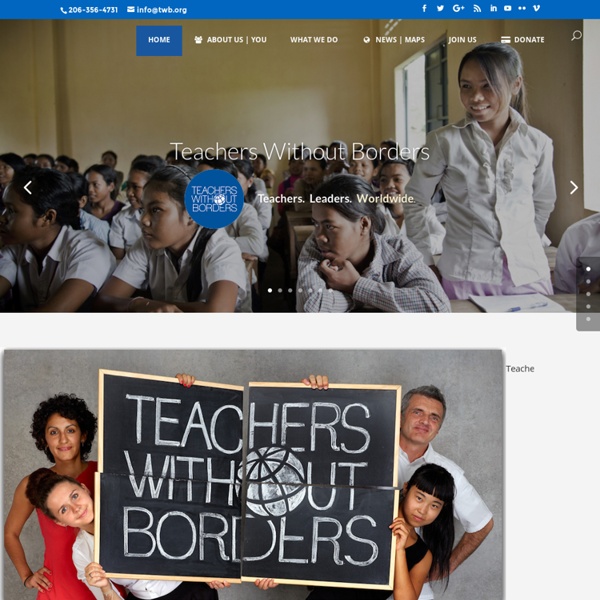 Understanding Children’s Right to Education Education is an essential right, which permits each person to receive instruction and to blossom socially. The right to an education is vital for the economic, social and cultural development of all societies. Education: an important apprenticeship Education permits one to acquire basic knowledge Education entails that its subjects acquire a variety of knowledge. It begins with the acquisition of elementary knowledge—that is to say, literacy—on the part of the youngest members of society.

Retrieved from A research-driven, adaptable, blended-learning model Audience: Our workshops, individual courses, and degree programs are designed to address the needs of different audiences: practicing teachers; those who seek a career in the teaching profession; and those who wish to acquire specializations using innovative pedagogy and technology appropriate to one’s country and its culture. Global Expertise: Our team is comprised of leading educators with a track record of exemplary teaching, affiliations with the world’s finest universities, and leadership in programs that can be adapted and used locally and regionally WHAT’S IN MY BAG? – Uprooted – Medium This year, nearly 100,000 men, women and children from war-torn countries in the Middle East, North Africa and South Asia have fled their homes and traveled by rubber dinghies across the Aegean Sea to Lesbos, Greece. Refugees travel light, for their trek is as dangerous as it is arduous. They are detained, shot at, hungry. Smugglers routinely exploit them, promising safety for a price, only to squeeze them like sardines into tiny boats. Most have no option but to shed whatever meager belongings they may have salvaged from their journeys. Those allowed to bring extra baggage aboard often toss it overboard, frantically dumping extra weight as the leaky boats take on water.

Inside a Syrian refugee camp: 'Education is the only hope for children' What am I doing on a high plateau near the Lebanon-Syria border in the freezing, dusty town of Arsal? The area has been shunned by other western aid agencies as being too dangerous; beyond the ring of Lebanese checkpoints, Islamic State (Isis) and al-Nusra Front militants rule. So why am I here? I’m not brave. Even though I’ve taken all possible precautions, I get nervous at night when the power goes off and I lie in bed listening to the “crumph” of the Lebanese army shells and wait for the shadow of an Isis fighter to cross the glazed window of the locked door of my freezing, lonely store room. My Syrian team protect me as I move from camp to camp delivering 10 tonnes of winter clothing and materials for the refugee camp schools on behalf of Edinburgh Direct Aid (EDA).

UNHCR - Talk, or the water will break your heart Antigioni Piperaki (left) and Panagiotis Konstantaras (right) are Hellenic Rescue Team volunteers from Lesvos, Greece. © UNHCR/Gordon Welters LESVOS, Greece – At a small tavern overlooking the coastline of Lesvos, Panagiotis Konstantaras and Antigoni Piperaki are taking a short break from their duties as volunteers for the Hellenic Rescue Team (HRT) to reflect on a year they will never forget. “We have exercises where we practice with five or 10 people on board,” says Antigoni, shaking her head.

Syria refugee crisis FAQ: What you need to know “The children of Syria have experienced more hardship, devastation, and violence than any child should have to in a thousand lifetimes,” says Dr. Christine Latif, World Vision’s response manager for Turkey and northern Syria. World Vision staff in the region say the situation in Aleppo city is the most dire they have ever seen it. World Vision has worked in Aleppo governorate since 2013. “Civilians have been continually in harm’s way, caught in the cross-fire and changing front lines. Civilian infrastructure has been targeted, leading to mass civilian casualties, including women and children,” says Angela Huddleston, program manager for the organization’s Syria response. The Right to Education Education is a fundamental human right and essential for the exercise of all other human rights. It promotes individual freedom and empowerment and yields important development benefits. Yet millions of children and adults remain deprived of educational opportunities, many as a result of poverty. Normative instruments of the United Nations and UNESCO lay down international legal obligations for the right to education.

Education in the Second Largest Refugee Camp in the World UNICEF report highlights Syrian children’s struggles to continue their education “I have told other girls my age that they should go to school in the camp, otherwise they will lose a year. Some have registered at the school, but they are not going to class anymore. They tell me that they will go back to school when they return to Syria. But I say: What if we stay here for a long time? You would be wasting your life.

Greek Mainland Camps Report - Luck of Birth Original document This report has been compiled by a mixed team of independent volunteers, members from informal groups focussed on refugee assistance and from smaller registered NGO’s. We gathered initial information on camp locations from sources such as the Greece Response Map and UNHCR Sites in Greece Map though some map data was not up-to-date. We clarified this by talking to local residents and officials. We consider our report for camps east of Thessaloniki to be full and complete as of 14th April. Syria crisis: Scars of war A plastic bag flutters in the desert wind brushing a desolate Jordan landscape. A Syrian refugee boy grasps a string that not only keeps the bag from flying away but also provides a tenuous grip on his fading childhood. For Syrian refugee children, kite flying keeps aloft memories of family, friends, and their once-promising future. The children salvage remnants of their war-shattered lives, even if it’s just with a dirty plastic bag that can barely stand up to the breeze.

The Women of Zaatari Refugee Camp The older, more established parts of the camp are generally safer because they have electricity. People know or are related to one another, unlike in the newer areas, where neighbors are strangers. Those outlying areas are much less crowded, trailers and tents are more widely spaced, and there are no streetlights, making a nighttime visit to the communal toilets, for example, a terrifying dash. There is talk of rapes and prostitution, but few cases of sexual assault are reported because most victims refuse to speak out because of the social stigma attached to sexual violence. Zaatari is just one consequence of a hemorrhaging Syrian conflict that began in March 2011 with peaceful protests against President Bashar al-Assad and morphed into a grinding civil war that has claimed more than 120,000 lives.

Education Education is a basic human right, enshrined in the 1989 Convention on the Rights of the Child and the 1951 Refugee Convention. It is also a vital aspect of our work at UNHCR. Of the nearly 20 million refugees under our care, half are children below the age of 18. Access to education for this marginalised group is limited, with only 50 per cent of refugee children enrolled in primary education.