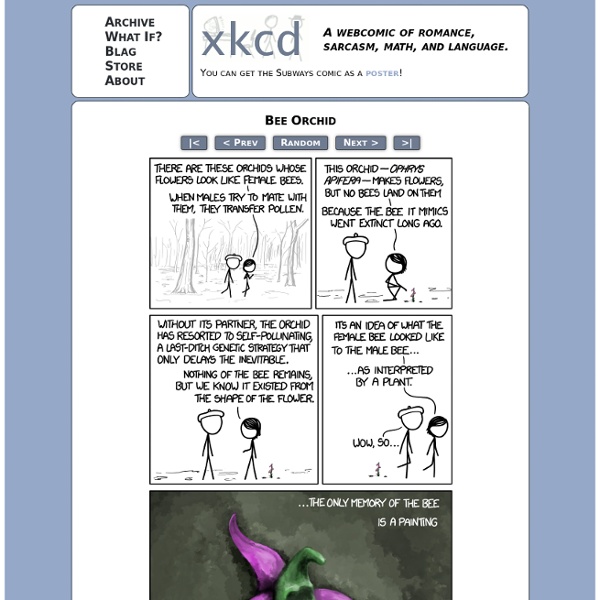 We have absolutely no clue what built this crazy-complex structure I know what this is! It's an arachnid Jurassic Park! Just look at the third picture! Whatever is in the middle, it's not being protected from us. We're being protected from it! And the silk. As the person who has broken the doors wide open to what this is I feel entitled to give whatever emerges a name. Edit: Finally a chance to use this pic! My reaction at first seeing the pic and imaging the spider that built it... SExpand Weird Places: Europe's Dancing, Crooked Forests Striking natural landscapes that look like works of fantasy art Would they remain unharmed? Absolutely NO! There is a wonderful cave in The Buffalo National River park in Arkansas, called Fitton Cave. I have been in his cave probably 20 times since the late '60's. Thanks, that was quite insightful and exactly what I mean! I told my sister about this and according to her, if we don't go to these places to observe them, then what is the purpose of these places at all? Well, I can see both sides of that. But at least some of these places are in areas that are so well hidden, or too difficult to get to, they do have natural protection. SExpand The top three images here are in an area called Helectite Passage. PS, sorry for the poor quality on some of these.

How did crows develop a social safety net? I have to share my Raven story. Here in the Pacific Northwest Crows are common. We have Ravens too, some places, but though they look similar they are far different creatures. So last spring I was outside the shop where I work and noticed what I thought was a murder of Crows sitting on the garbage dumpster. They were Ravens. Well it turns out someone threw the carcass of some animal in the dumpster. Top 10 Adventures You Don't Hear About Adventure travelling is a big business around the world as millions of people try to get an adrenalin rush by doing something extreme. Usually people will try sky diving, bungee jumping, rock climbing, rafting, skiing, hiking etc. at one of the popular destinations. But these destinations can be crowded and uninspiring once they get truly popular. 10. If you like hiking long distances and wildlife safari then you can combine the two in Kenya in a 100 mile long 11 day trek that follows the Tsavo and Galana rivers. 9. The Raja Ampat Archipelago in Indonesia is a great place for snorkeling. 8. Nicaragua was off limits for tourists for a long time but over the last few years it has been attracting many surfers and kayakers to its pristine beaches and hikers to its volcanoes. 7. Albania is a unique country that has cities that are getting developed but also has villages that haven’t changed much over the past centuries. 6. 5. Mongolia is famous for its endless green steppe plains. 4. 3. 2.

Facebook The Uncanny Places on Earth That Look Like Alien Worlds Same here. Although I guess living on the Northern California coast is not a terrible substitute. This gif made me so sad! Funny you should use a clip from Up. SExpand Became this: BBC Nature - Diving bell spiders use bubble webs 'like gills' 9 June 2011Last updated at 05:41 By Ella Davies Reporter, BBC Nature Dinner time in the diving bell Diving bell spiders only need to come up for air once a day, according to researchers. The spiders are named for their sub-aqua webs which they fill with air in order to breathe underwater. Scientists studying the European arachnids measured oxygen levels inside and around an air bubble web. They found that the bubble acted like a gill, extracting dissolved oxygen from the water and dispersing carbon dioxide. The study is published in the Journal of Experimental Biology. Argyroneta aquatica live in ponds, pools and slow-moving streams across Europe and northern Asia. They are the only spiders that live their entire lives underwater, mating, laying eggs and catching prey from their webs. The silk webs are constructed among vegetation beneath the surface of the water. Continue reading the main story Spiders videos, news and facts "It required the tiny, oxygen-sensitive optodes to do what we did.

Facebook You Won't Believe These Patterns Created by Flocks of Birds in Flight In bird-clouds that I've seen, they are not only swooping around in mathematically elegant patterns, they are also moving really, really fast. Those birds have to be colliding pretty often. No matter how agile they are, at a certain density it seems like there would not be enough empty space to avoid other birds. I like to think that the inside of that cloud is like trying to navigate the subway at rush-hour, and that they are all frustrated and angry and bumping into each other. I've got no real point to make though... I guess the point is that it is extra funny when animals screw up, because we think of them as being flawlessly nimble and perfectly adapted to their lifestyles.

Lost River (Indiana) The Lost River is about 87 miles (140 km) long,[3] and its name is derived from the fact that at least 23 miles (37 km) of the primary course of the river flows completely underground. The river's underground channels may in fact cover hundreds of miles, as the underground caverns have never been fully explored. The river disappears into a series of sink holes of the type that are abundant in the karstland of southern Indiana. In one square mile there are as many as 1,022 sink holes. The river slips into and out of these sink holes at various points flowing into hidden underground caverns that connect with multiple other streams, rivers, and springs.[4] The Lost River begins as a normal river in Washington County, but soon after rising, the river flows over and into a limestone bed (karst) for several miles until the stream bed turns dry; the water is absorbed into the limestone and sinks beneath the surface to a hidden cavern. Since 1996 a group from primarily the St.

Facebook Facebook Watch an X-Class Solar Flare Ignite the Skies Over Iceland SExpand Taken by me from the Isle of Man on the 28th February As an eyewitness, do the colors and waves swarm by quickly or slowly, at differing speeds, etc? The video above is all time lapse, what does it look like in real time?