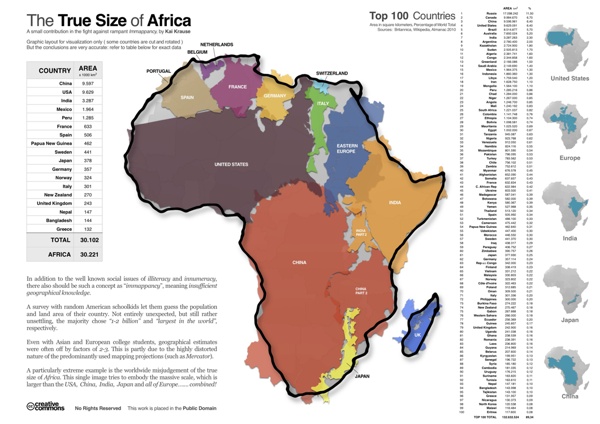 20 Good Map Creation Tools for Students A couple of years ago I published a list of 21 online map creation tools. Since then some of those tools have gone offline and new tools have replaced them. Here's my updated list of online map creation tools for students and teachers. Wikia Maps is a map creation tool from Wikia. Wikia Maps has two map creation options. Electoral Vote 2008 Since I posted this page originally, the main images have been picked up in Pin-the-Tail StrangeMaps (which has a nice overlay of the cotton and electoral vote maps) Andrew Sullivan Wonkette The Vigorous North (with further explanation tracing this pattern back to the Cretaceous!) Vaccine-Preventable Outbreaks This interactive map visually plots global outbreaks of measles, mumps, whooping cough, polio, rubella, and other diseases that are easily preventable by inexpensive and effective vaccines. Red triangles indicate attacks on vaccinators and healthcare workers, as well as announcements from both governments and non-state actors that have had an impact—either positive or negative—on the successful implementation of vaccination programs. The Global Health Program at the Council on Foreign Relations has been tracking reports by news media, governments, and the global health community on these outbreaks since the fall of 2008.

40 maps that explain the world Maps can be a remarkably powerful tool for understanding the world and how it works, but they show only what you ask them to. So when we saw a post sweeping the Web titled "40 maps they didn't teach you in school," one of which happens to be a WorldViews original, I thought we might be able to contribute our own collection. Some of these are pretty nerdy, but I think they're no less fascinating and easily understandable. upcoming?pid=12916 from graphjam.com (404 error) Yikes! This page doesn't exist. If the world’s population lived like… Shortly after I started Per Square Mile, I produced an infographic that showed how big a city would have to be to house the world’s 7 billion people. There was a wrinkle, though—the city’s limits changed drastically depending on which real city it was modeled after. If we all lived like New Yorkers, for example, 7 billion people could fit into Texas. If we lived like Houstonians, though, we’d occupy much of the conterminous United States. Here’s that infographic one more time, in case you haven’t seen it:

mapFAST mapFAST Find library materials about world wide locations Find FAST Geographic Subject Headings Near: TerraClues TerraClues is the ultimate Google Maps scavenger hunt game! Follow clues to find hidden locations on the map Create your own hunts for others to play A fun game that makes you think! Add your own unique clues. Take people on a hunt around the world. Capitalism on we heart it / visual bookmark #814886 Münchausen by proxy | We Heart It on the coast of maine. Add to collections

Income inequality, as seen from space Last week, I wrote about how urban trees—or the lack thereof—can reveal income inequality. After writing that article, I was curious, could I actually see income inequality from space? It turned out to be easier than I expected. Below are satellite images from Google Earth that show two neighborhoods from a selection of cities around the world.