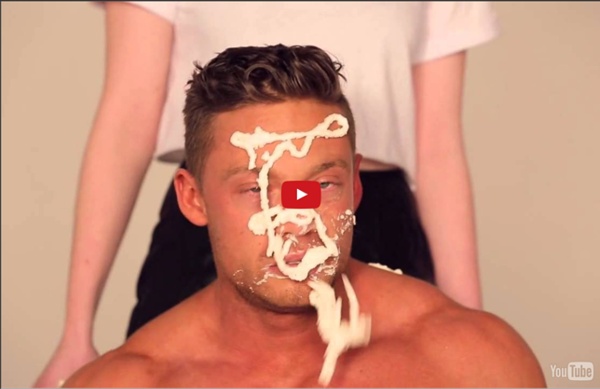 How Ecofeminism Works What would you do if you found out that all of the trees in your state were scheduled to be cut down? Or your city's main water source was slowly being contaminated? Or maybe that your condo sat atop a toxic waste dump? Would you move? Would you write to your representative in Congress? 'Genderbent Disney' Transforms Classic Movie Characters Walt Disney has likely a profound impact on your childhood and development -- and the influence of this media giant continues to play a major role in our culture. As a result, Disney has always been a popular target for individuals and artists who want to push the boundaries of identity and what is considered "normal" in society, such as this viral video where Disney Princesses become fed up with being damsels in distress. Another popular subversion of Disney culture that has recently been circulating on Tumblr involves artists take images of classic Disney characters and visually "transforming" them into the opposite gender of what they're perceived and originally presented as along the male/female binary. In order to better understand this work, called "Genderbent Disney," HuffPost Gay Voices sat down with TT Bret, one of the artists involved, to discuss why this work is important and the goal of the transformations. Check out the interview under the images below.

Every Curve Art Installation Buckman’s ongoing body of work, Every Curve, explores the contradictory and complimentary influences of Feminism and Hip-Hop in her upbringing. The installation of hanging vintage lingerie reveals the artist’s fascination with femininity throughout time. The antique undergarments — relics from our past and windows into cultural ideas of female objectification — are reworked using musical text from a very specific time and place. Buckman hand-embroiders the lingerie with lyrics that refer to women from the iconic rappers Tupac Shakur and Notorious B.I.G. The text spans from the violent and misogynistic to the wholly sympathetic and pro-choice.

4chan threatens to leak Emma Watson nudes after UN speech Over the weekend, Emma Watson lit up the internet with a pretty amazing speech to the UN about women's rights. She called herself a feminist. She called for men to join in the fight for gender equality. She even said that feminism wasn't about hating men. All pretty reasonable stuff.

Young, male and feminist – if only there were more of them When I talk to boys and young men at school and university about why they don’t call themselves feminists, the answer is never “because I hate women”. Instead, they tend to express reservations about “female supremacy” or “man-hating”. There’s still a lot of confusion about the word. Can a man ever truly call himself a feminist? I felt pretty smug about myself for being such a modern sort of chap. But I wondered if she would have been so quick to congratulate my feminist ways had she been present the many times a former colleague and I spent our lunch break gawking at pictures of Susannah Reid on the internet, or if she’d overheard some of the conversations bandied around the office when I worked for Loaded magazine. This, for me, is a big question: I absolutely understand and sympathise with the challenges women have faced - and continue to face - when it comes to equality. I believe in not defining someone by their gender, but as an individual.

First Wave Feminism: The Movement That is Taken For Granted First wave feminists spent hundreds of years in activism, writing, protesting and working for the betterment and equality of their sex and gender. First wave feminists worked not only for suffrage, or the right to vote, but also for the right to an education, the right to work, the right to work safely, the right to the money they earned when they worked, the right to a divorce, the right to their children and the right to themselves and their own bodies. Rights for women can be traced back to the Middle Ages in the Middle East when early reforms under Islam gave women greater rights in marriage, divorce and inheritance. First-wave feminism First-wave feminism refers to a period of feminist activity during the 19th and early 20th century throughout the world, particularly in the United Kingdom, Canada, the Netherlands and the United States. It focused on legal issues, primarily on gaining women's suffrage (the right to vote). The term first-wave was coined in March 1968 by Marsha Lear writing in The New York Times Magazine, who at the same time also used the term "second-wave feminism".[1][2] At that time, the women's movement was focused on de facto (unofficial) inequalities, which it wished to distinguish from the objectives of the earlier feminists. Origins[edit] According to Miriam Schneir, Simone de Beauvoir wrote that the first woman to "take up her pen in defense of her sex" was Christine de Pizan in the 15th century.[3] Heinrich Cornelius Agrippa and Modesta di Pozzo di Forzi worked in the 16th century.[3] Marie Le Jars de Gournay, Anne Bradstreet and François Poullain de la Barre wrote in the 17th.[3]

How social media is changing the feminist movement A new wave of feminism is here, and its most powerful weapon is the hashtag. As recently as a decade ago, those seeking to fight sexism had few avenues to easily do so in a public way. Discussion of feminism and feminist values was scarce, if not dispirited; activists had been branded “feminazis” by Rush Limbaugh, and numerous celebrities, like pop star Katy Perry, actress Shailene Woodley, and actress Kaley Cuocco rejected even the word “feminist.” Before Twitter and Facebook exploded as platforms for news, participating in rallies was limited to those who were in those cities, or those who could afford to take time off work and travel; letter-writing was seen only by the recipient of the letter.