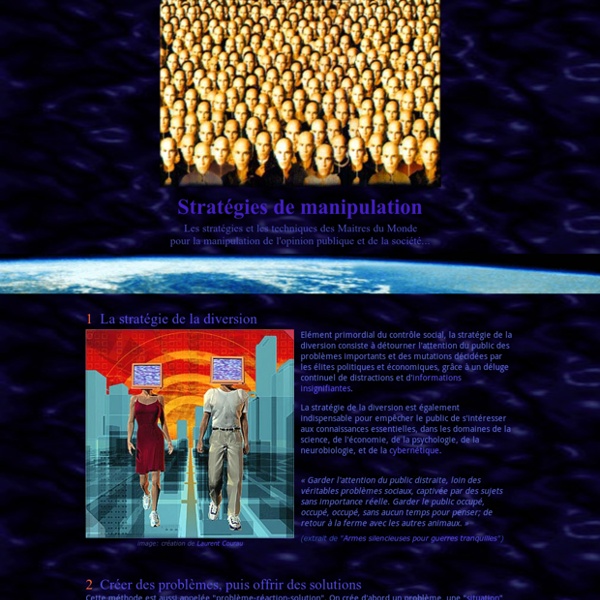 Proteus effect This article is about an aspect of human psychology. For the statistical bias in academic publishing, see Proteus phenomenon. Overview[edit] The Proteus effect proposes that the visual characteristics and traits of an avatar are associated with specific behavioral stereotypes and expectations. Protesters take to the streets of 100+ European cities From Athens to Paris, tens of thousands of Europeans heed the online call for a #europeanrevolution. An online call for a European Revolution was heeded en masse today as over 100 cities throughout the continent witnessed tens (if not hundreds) of thousands ‘indignants‘ mobilizing to demand real democracy now. Thousands gathered in Madrid for a peaceful assembly on the 15th straight day of protests and occupations there, belying the false idea of skeptics that the Spanish protest movement would fizzle out in due course. Madrid: thousands gathered for a general assembly on the Puerta del Sol for the 15th straight day of protests in Spain. At the same time, the people of Greece took to the street for the fifth consecutive day, eclipsing previous protests with “tens of thousands” of people in Syntagma square alone (see live stream). Athens: tens of thousands of people protest in front of Parliament for the fifth straight day of protests in Greece..

Planet X and 2012: The Pole Shift (Magnetic) Explained and Debunked « Exposing PseudoAstronomy Introduction Continuing my series on Planet X and 2012, one of the main claims of what will actually happen is termed a “Pole Shift.” Sounds scary, huh? The Earth’s pole(s) … shifting!?

Gladiatrix (WIKI) Relief of two gladiatrices found at Halicarnassus A gladiatrix (pl. gladiatrices) was the female counterpart to the male gladiator, an armed fighter who engaged in violent combat with humans or animals for the entertainment of audiences in the arenas of the Roman Republic and Roman Empire. Though unusual, gladiatrices are attested in archaeology and literature. Evidence[edit] How to Criticize with Kindness: Philosopher Daniel Dennett on the Four Steps to Arguing Intelligently By Maria Popova “In disputes upon moral or scientific points,” Arthur Martine counseled in his magnificent 1866 guide to the art of conversation, “let your aim be to come at truth, not to conquer your opponent. So you never shall be at a loss in losing the argument, and gaining a new discovery.”

Ben Franklin effect - Wikipedia The Ben Franklin effect is a proposed psychological phenomenon: A person who has performed a favor for someone is more likely to do another favor for that person than they would be if they had received a favor from that person. An explanation for this would be that we internalize the reason that we helped them was because we liked them. The opposite case is also believed to be true, namely that we come to hate a person whom we did wrong to. We de-humanize them to justify the bad things we did to them.[1]

Food prices 'will double by 2030', Oxfam warns 31 May 2011Last updated at 11:07 The price of key crops could rise by up to 180%, Oxfam says Rising food prices are tightening the squeeze on populations already struggling to buy adequate food, demanding radical reform of the global food system, Oxfam has warned. By 2030, the average cost of key crops could increase by between 120% and 180%, the charity forecasts. It is the acceleration of a trend which has already seen food prices double in the last 20 years. Half of the rise to come will be caused by climate change, Oxfam predicts.