What is Wrong With Our Culture [Alan Watts] 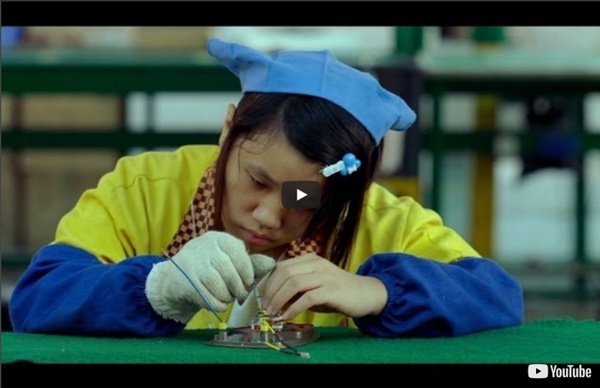 Why Do People Defend Unjust, Inept, and Corrupt Systems? By Science Daily / sciencedaily.com Why do we stick up for a system or institution we live in -- a government, company, or marriage -- even when anyone else can see it is failing miserably? Why do we resist change even when the system is corrupt or unjust? A new article in Current Directions in Psychological Science, a journal published by the Association for Psychological Science, illuminates the conditions under which we're motivated to defend the status quo -- a process called "system justification." System justification isn't the same as acquiescence, explains Aaron C. Reviewing laboratory and cross-national studies, the paper illuminates four situations that foster system justification: system threat, system dependence, system inescapability, and low personal control. When we're threatened we defend ourselves -- and our systems. We also defend systems we rely on. When we feel we can't escape a system, we adapt. Story Source: Journal Reference: A.

Brain in a vat A brain in a vat that believes it is walking Uses[edit] The simplest use of brain-in-a-vat scenarios is as an argument for philosophical skepticism[2] and solipsism. A simple version of this runs as follows: Since the brain in a vat gives and receives exactly the same impulses as it would if it were in a skull, and since these are its only way of interacting with its environment, then it is not possible to tell, from the perspective of that brain, whether it is in a skull or a vat. Yet in the first case most of the person's beliefs may be true (if they believe, say, that they are walking down the street, or eating ice-cream); in the latter case their beliefs are false. However, if one accepts a utilitarian or some logical positivist ethical philosophy, then one should behave as though the external world is real. In fiction[edit] The brain as a thought- and consciousness-producing chemical system. See also[edit] References[edit] External links[edit] Philosophy Science

tumblr mf0qvmQMEj1qkbtx4o1 500 Forget Facebook, Abandon Instagram, Move To A Village By Diane Cole / npr.org In the parts of the world that we cover in our blog, many people live in villages. Villages have their problems, to be sure. There may not be a doctor or clinic nearby. But a new book points out that village life has its advantages. We asked psychologist Susan Pinker, author of The Village Effect: How Face-to-Face Contact Can Make Us Healthier, Happier and Smarter, to explain the benefits of living in a community of about 150 people, the average population of traditional villages throughout history around the world. What is the village effect? The village effect is a metaphor for the social contacts we all need as humans in order to thrive. Why is 150 the ideal number for a village population? One-hundred-fifty is the number that comes up time and again in the types of social interactions that work smoothly. How do these 150 "village" ties compare to online ties? Not all types of social ties are created equal. Why is the village effect so important?

Swampman This article is about a philosophical thought-experiment. For the comic book character, see Swamp Thing. Suppose Davidson goes hiking in the swamp and is struck and killed by a lightning bolt. Davidson holds that there would nevertheless be a difference, though no one would notice it. These considerations lead Davidson to deny that the Swampman's utterances can be construed as referring to anything in particular. The Swampman has no causal history. Amongst those who accept the force of this argument, there are two distinct ways of viewing its consequences. This argument depends upon the acceptance of semantic externalism - the claim that what one's words mean is determined not merely by some internal state, but also by the causal history of the speaker. Objections[edit] See also[edit] References[edit] Davidson, Donald (2001 (1987)).

fanciful devices How Popular Music's Lyrics Perpetuate American Idiocy Claire Bernish (ANTIMEDIA) A recent study served to confirm the patently obvious: song lyrics for the most popular genres of music are ridiculously obtuse — and getting worse over time. Though this might not be a revelation, the figures are distressing indicators of both an intellectually vapid societal and cultural future as well as its apparent inevitability. If you’ve already moved away from Billboard music, congratulations, you refuse to be insulted. Ten years ago, the most popular songs read between a third and fourth grade level, but the inanity only increased with time, and after a five-year downward tumble ending in 2014 (the last year of the study), chart-topping hits had a reading level equivalent to second or third grade. So how did this happen and why is it getting even worse? There is a dearth in music options over the airwaves, so when vacuous lyrics are foisted on listeners, they become captives under duress. Listen: ‘Reagan’ by Killer Mike on Anti-Media

Character mask A character mask (German: Charaktermaske) in the Marxian sense is a character disguised with a different character. The term was used by Karl Marx in various published writings from the 1840s to the 1860s, and also by Friedrich Engels. It is related to the classical Greek concepts of mimesis (imitative representation using analogies) and prosopopoeia (impersonation or personification) as well as the Roman concept of persona,[1] but also differs from them (see below).[2] The notion of character masks has been used by neo-Marxist and non-Marxist sociologists,[3] philosophers[4] and anthropologists[5] to interpret how people relate in societies with a complex division of labour, where people depend on trade to meet many of their needs. Marx's own idea of character masks was not a cut-and-dried academic concept with a fixed definition. Character masks versus social masks[edit] A sophisticated academic language for talking about the sociology of roles did not exist in the mid-19th century. C.

Ensuite, elle a fait ... "We Are In a Revolutionary Moment": Chris Hedges Explains Why An Uprising Is Coming, And Soon By Chris Hedges / salon.com In recent years, there’s been a small genre of left-of-center journalism that, following President Obama’s lead, endeavors to prove that things on Planet Earth are not just going well, but have, in fact, never been better. This is an inherently subjective claim, of course; it requires that one buy into the idea of human progress, for one thing. But no matter how it was framed, there’s at least one celebrated leftist activist, author and journalist who’d disagree: Chris Hedges. In fact, in his latest book, “Wages of Rebellion: The Moral Imperative of Revolt,” Hedges argues that the world is currently at a crisis point the likes of which we’ve never really seen. Recently, Salon spoke over the phone with Hedges to discuss his book, why he thinks our world is in for some massive disruptions, and why we need revolutionaries now more than ever. Do you think we are in a revolutionary era now? There are all sorts of neutral indicators that show that. No, I would.

Mimesis In ancient Greece, mimesis was an idea that governed the creation of works of art, in particular, with correspondence to the physical world understood as a model for beauty, truth, and the good. Plato contrasted mimesis, or imitation, with diegesis, or narrative. After Plato, the meaning of mimesis eventually shifted toward a specifically literary function in ancient Greek society, and its use has changed and been reinterpreted many times since. Mimesis has been theorised by thinkers as diverse as Plato, Aristotle, Philip Sidney, Samuel Taylor Coleridge, Adam Smith, Gabriel Tarde, Sigmund Freud, Walter Benjamin, Theodor Adorno, Erich Auerbach, Paul Ricœur, Luce Irigaray, Jacques Derrida, René Girard, Nikolas Kompridis, Philippe Lacoue-Labarthe, Michael Taussig, Merlin Donald, and Homi Bhabha.[citation needed] Classical definitions[edit] Plato[edit] In Book II of The Republic, Plato describes Socrates' dialogue with his pupils. So the artist's bed is twice removed from the truth.