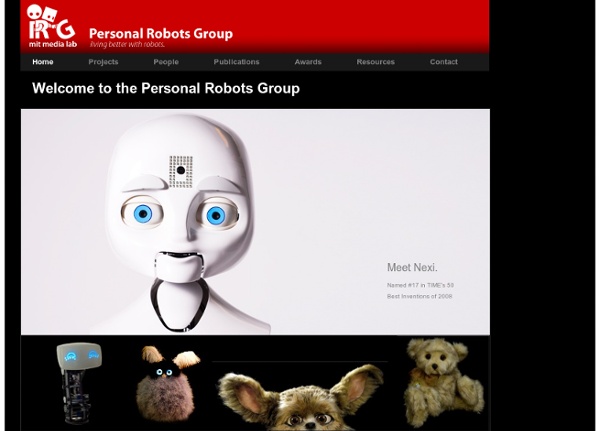 robot adapts to injury Lindsay France/University Photography Graduate student Viktor Zykov, former student Josh Bongard, now a professor at the University of Vermont, and Hod Lipson, Cornell assistant professor of mechanical and aerospace engineering, watch as a starfish-like robot pulls itself forward, using a gait it developed for itself. the robot's ability to figure out how it is put together, and from that to learn to walk, enables it to adapt and find a new gait when it is damaged. Nothing can possibly go wrong ... go wrong ... go wrong ... The truth behind the old joke is that most robots are programmed with a fairly rigid "model" of what they and the world around them are like. If a robot is damaged or its environment changes unexpectedly, it can't adapt. So Cornell researchers have built a robot that works out its own model of itself and can revise the model to adapt to injury. "Most robots have a fixed model laboriously designed by human engineers," Lipson explained.

Nanotechnology Basics Home > Introduction > Nanotechnology Basics Nanotechnology Basics Last Updated: Friday, 14-Jun-2013 09:28:04 PDT What is Nanotechnology? Answers differ depending on who you ask, and their background. Broadly speaking however, nanotechnology is the act of purposefully manipulating matter at the atomic scale, otherwise known as the "nanoscale." Coined as "nano-technology" in a 1974 paper by Norio Taniguchi at the University of Tokyo, and encompassing a multitude of rapidly emerging technologies, based upon the scaling down of existing technologies to the next level of precision and miniaturization. Foresight Nanotech Institute Founder K. In the future, "nanotechnology" will likely include building machines and mechanisms with nanoscale dimensions, referred to these days as Molecular Nanotechnology (MNT). Click image for larger version. This image was written using Dip-Pen Nanolithography, and imaged using lateral force microscopy mode of an atomic force microscope. "We know it's possible.

Silicon Chips Wired With Nerve Cells Could Enable New Brain/Machine Interfaces It's reminiscent of Cartman's runaway Trapper Keeper notebook in that long-ago episode of South Park, but researchers at the University of Wisconsin-Madison may be scratching the surface of a new kind of brain/machine interface by creating computer chips that are wired together with living nerve cells. A team there has found that mouse nerve cells will connect with each other across a network of tiny tubes threaded through a semiconductor material. It's not exactly clear at this point how the nerve cells are functioning, but what is clear is that the cells seem to have an affinity for the tiny tubes, and that alone has some interesting implications. To create the nerve-chip hybrid, the researchers created tubes of layered silicon and germanium that are large enough for the nerve cells' tendrils to navigate but too small for the actual body of the cell to pass through. What isn't clear is whether or not the cells are actually communicating with each other they way they would naturally.

Finding the Top Bot: High School Students (and Their Robots) Take the Prize at Tech Challenge [Slide Show] NEW YORK—Despite the rain and cold this past weekend, dozens of robots took the field to compete in the New York City FIRST Tech Challenge (FTC) regional championship at the Javitz Center in Manhattan. The tournament tested the skills and determination of 48 teams of high school students who have spent the past several months building, programming and otherwise preparing their bots to face off in a friendly game of HotShot! The objective of HotShot! was straightforward enough—build a robot from a kit of about 1,200 parts that can shoot plastic balls into goals in and around a 13.7-square-meter playing field. This being a tournament developed and hosted by Dean Kamen's FIRST (For Inspiration and Recognition of Science and Technology) organization, the competition involved more than the ball game itself. FIRST created the FTC competition in 2005 for 14- to 18-year-old students wanting hands-on experience with robotics, engineering and math.

DIY Drones: The Future is Now | Think Tank What's the Big Idea? "Hacking the physical" is how Dale Dougherty described the burgeoning DIY Drone movement to Peter Daimandis in his book Abundance: The Future is Better Than You Think. Dougherty, the founder and publisher of Make magazine, was describing the broad trend that has enabled individuals to construct homebrew versions of sophisticated machines at a fraction of the cost. In the case of unmanned air vehicles (or UAVs), 90 percent of the functionality of a military drone was accomplished for just 1 percent of the military's price. This rapid cost reduction, or demonitization, has led to breathtaking innovation in this field, and UAV advocates see the FAA issuing personal and commercial licenses by 2015. What's the Latest Development? Jerry LeMeiux, a retired colonel with an engineering PhD and "10,000 hours of aviation experience," has just launched the so-called Unmanned Vehicle University. Here is a sample of LeMeiux's course that is available on Youtube:

Real Life Japanese Mech Robot Fires BBs With A Smile The Kuratas Mecha robot is an art/aspirational nerd project by Suidobashi Heavy Industry. This full-sized Mech robot features a ride-in cockpit, “rocket” launchers, and a “smile controlled” BB Gatling gun. That’s right: when you smile, this thing unleashes thousands of tiny plastic BBs. Unveiled at Wonder Fest 2012 in Tokyo, you can control the robot with either a set of master-slave joysticks or using a more fluid Kinect interface. You can “price out” your own Mech here but rest-assured you won’t be able to drive one of these off the lot any time soon. There are some who are suggesting this is CG but considering the AFP/Getty picked up some photos of it, it looks about as real as you can get. via plasticpals

First Bionic Eye Sees Light of Day in U.S. After years of research, the first bionic eye has seen the light of day in the United States, giving hope to the blind around the world. Developed by Second Sight Medical Products, the Argus II Retinal Prosthesis System has helped more than 60 people recover partial sight, with some experiencing better results than others. Consisting of 60 electrodes implanted in the retina and glasses fitted with a special mini camera, Argus II has already won the approval of European regulators. The US Food and Drug Administration is soon expected to follow suit, making this bionic eye the world's first to become widely available. PHOTOS: Mechanimals: Animals Fitted With Prosthetics "It's the first bionic eye to go on the market in the world, the first in Europe and the first one in the U.S.," said Brian Mech, the California-based company's vice president of business development. "The way the prosthesis works (is) it replaces the function of the photoreceptors," Mech told AFP.

Justin - Humanoid Robot Catches with Two Hands German researchers developed a robot that can perform complex tasks such as catching a ball in mid flight. The new robot called “Justin” is described as a two-arm-system for investigation of two handed manipulation. The development of humanoid robots has made significant progress in recent years. To overcome this limitation, researchers from the German Aerospace Center (DLR) Institute of Robotics and Mathematics developed a human-like torso with two arms and two hands. The researchers see the future of humanoid robots in household assistance as well as in space environments. Justin does not have human-like legs; instead it uses wheels to move from one place to another. More information on the project can be found on the DLR website.